The President of Guinea-Bissau Umaro Embaló who narrowly escaped being toppled by military forces on Tuesday during meeting with members of his cabinet has confirmed that many number of his own security forces were killed during the failed coup attempt.

Penpushing reports that, Embalo made this known while speaking with journalists where he disclosed that, the coup was resisted and some of the perpetrators had been arrested adding the law will take its course appropriately.

The President emphasized that, what happened was not just a coup, but attempt to kill him and the entire cabinet  by those behind the plot, describing the failed coup attempt as  attack against democracy “It wasn’t just a coup. It was an attempt to kill the president, the prime minister and the entire cabinet. Armed attackers tried to enter the building but were repelled. They were well prepared and organized and could be related to people involved in drug trafficking,” he added.

Penpushing also reports that, it is recalled that, there was heavy gunfire near a government compound where the President had been chairing a cabinet meeting, a development the Economic of West Africa States(ECOWAS), African Union Commission(AU) and United Nations(UN) condemned , .

Meanwhile, it is on record that, Guinea-Bissau has weathered at least four successful coups, the last in 2012, and about a dozen attempted ones since it gained independence from Portugal 48 years ago. 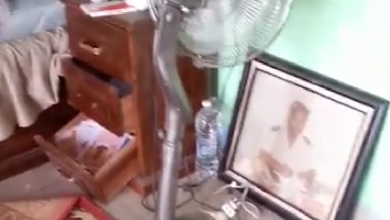