The German citizen wife of Yoruba nation agitator, Sunday Adeyemo popularly called Igboho was arrested alongside with him at Cardinal Bernardin International Airport in Cotonou, the Benin Republic Capital.

Penpushing reports that the wife identified as Ropo was in company of her husband, Igboho, and as at the time of filing this report, sources in the neighbouring country said the couple are still in custody

The lawyer of Igboho Yomi Alliyu, a Senior Advocate of Nigeria (SAN) confirmed the arrest of the wife alongside the husband, expressing shock over the development and called on Germany government and international community to equally rise up in curbing the illegality

“What offence has she committed to warrant this? We urge the good government of the Republic of Benin and international community, especially Germany, to rise up and curb the impunity of the Nigerian Government by refusing any application for extradition of our Client who already has application before ICC duly acknowledged.”

Penpushing further reports that, the legal practitioner had earlier argued that, there was no constitutional which approves extradition of political offender, hence, immunity has covers Igboho in that aspect.

“The Extradition Treaty of 1984 between Togo, Nigeria, Ghana and Republic of Benin excluded political fugitives. It also states that where the fugitive will not get justice because of discrimination and/or undue delay in prosecution the host country should not release the fugitive’, he argued

“Now, Article 20 of African Charter on Human and Peoples Rights to which the four countries are signatories made agitation for self-determination a fundamental right to be protected by all countries. This made Chief Sunday Adeyemo a political offender who cannot be deported and/or extradited by the good people of the Republic of Benin for any reason.”

“Secondly, that he cannot get Justice or even be killed is apparent in how those arrested in his house were detained for more than 21 days now without access to their lawyers,”Alliyu emphasised. 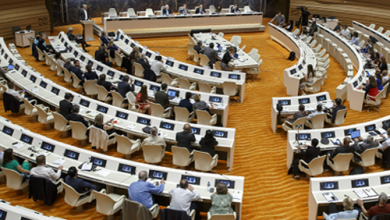 Coronavirus: Greeks return to church, after weeks of lockdown 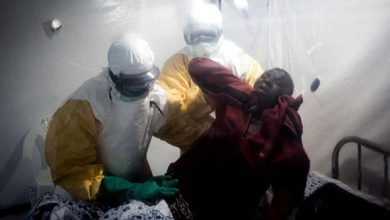