Former Governor of Ogun State now a serving Senator at the National Assembly, Senator Ibikunle Amosun has concluded arrangements for the commissioning of his multi-million naira senatorial office in Ogun Central of the state.

Penpushing reports that, the one storey building office located along Moshood Abiola way in Abeokuta, as at the time of filing this report is in advance stage of commissioning at a ceremony scheduled to hold in next few weeks following the transformation of the building.

The building which was formerly the secretariat of the Allied Peoples Movement (APM),Ogun State Chapter, is now wearing new look, having undergone adequate repair and renovation, which also include  painting among others, and the flag of All Progressives Congress(APC),as well as massive  signpost already erected.

Penpushing further  reports that, Amosun was elected Senator representing Ogun Central Senatorial District at the National Assembly during the last general elections under the platform of the ruling All Progressives Congress(APC)

The former Governor known to be cautious of quality taste has equally provided state of the art facilities in the office, which is to serve to address issues relating to affairs of his constituency, as the constitution provides, as a vital condition for elected lawmakers

Penpushing also reports Amosun was first elected Senator for the Ogun Central District in April 2003,and  in April 2007 he made an unsuccessful bid to be elected Governor of Ogun State, and in same vein  ran for Governor again in 2011, when he was elected on  the platform of Action Congress of Nigeria(ACN)

The rugged politician ran for office for a second term under the banner of the All Progressives Congress (APC) 2015 and was re-elected and sworn into office May 29, 2015, while on completion of two terms he was again elected as Senator representing Ogun Central Senatorial District

Penpushing reports, as preparation for the commissioning of the multi-naira secretariat is fast approaching, his (Amosun) number of his loyalists and party members commended the Senator for deeming it fit to provide a befitting Senatorial office.

The supporters in an interview stated that, the office will provide opportunities for both Amosun and residents of his constituents to rub minds together towards the developmental growth of the Senatorial District

Meanwhile, further findings showed that, as preparations for the inauguration of the office is in top gear, Amosun is said to have penciled down number of his colleagues at the Senate, as well as notable leaders of the All Progressives Congress (APC) to grace the occasion 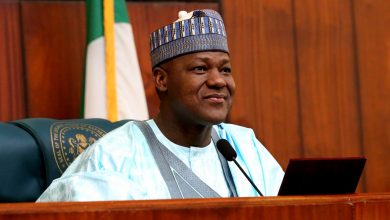 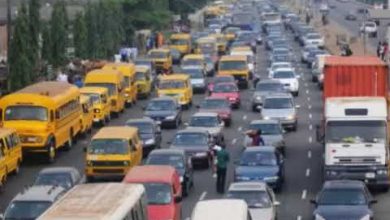