Facebook Twitter LinkedIn Pinterest WhatsApp Telegram Share via Email
A Non-Governmental Organisation (NGO), The Thursday Group (TTG), has declared that the devolution of powers to the local government remain best option for possible growth any country, hence need for Nigerian government to do the needful in the interest of responsible governance.
Penpushing reports that the convener of the group, Akogun Kola Onadipe made the declaration during a press conference held at Iwe iroyin press centre, Abeokuta, Ogun State Capital, stressing that no state government can be tagged successful in existence, without local government proper restructuring and programmes delivery.
The convener of the group who doubles as the Secretary General of Yoruba Ko’Ya Leadership and Training Foundation, emphasized that unless Nigeria reform its local government system, no meaningful development will take place in the country,describing local government as the only solid foundation to any meaningful development either physical or human capital resource growth. 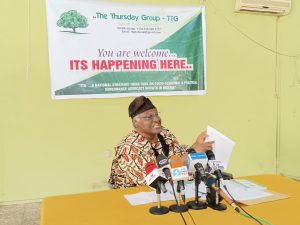 Penpushing further reports that, Onadipe pointed out  that, local government council areas’ socio-economic and political growth, as entrenched in the 1999 Nigerian constitution as amended, have deteriorated from bad to worse,however, commended the National Assembly for passing the bill granting full financial and administrative autonomy to local governments.
The former Commissioner for Special Duties in Ogun State stated that the national assembly has done its bit, adding that it is now left to Houses of Assembly to harmonise themselves together in ensuring that those amendments passed at the national assembly gets two third of the member state to make it a law in the country
“The National Assembly have done their bit, it is now left to all the state Houses of Assembly to harmonise themselves together to ensure that those amendments that were passed in the National Assembly now get two-third of the member state to make it a law in Nigeria”, Onadipe emphasized
“The local government is the only solid foundation as bedrock to any meaningful development growth either in physical and urban development or human capital resource growth. A true and practical governance restructuring must centre on all the 774 LGs first, before state or regional governance and closely followed by Federal government in a reversal of current federal allocation sharing formula, as proposed in the 2014 National Confab Report”, he said. 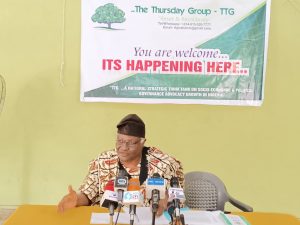 “And until we decide to recalibrate on our political system-perhaps adopting a hybrid between presidential and parliamentary, the cost of participating in politics and electioneering/elections and even governance, will be so high and unaffordable to good conscience persons at this time. Consequently, our reset programme is designed to inject relevant advocacy, engaging civic public sessions, educating and positioning responsible and responsive human capital resource for the LG governance in particular”, Onadipe added.
“If we all concentrate appropriate attention to our respective LGs, every existing and emerging challenges will be “attacked” from its toot and diagnosed strategically and intelligently for permanent or long lasting solutions”, he stressed. 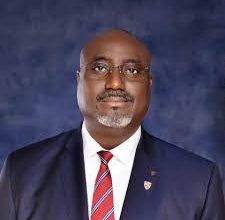 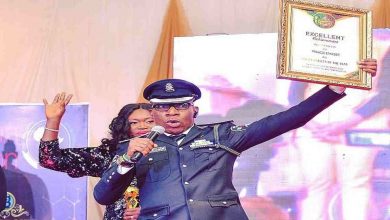 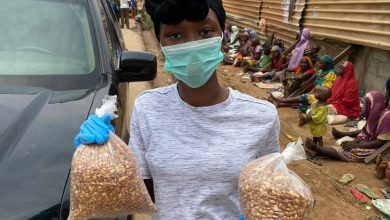