Penpushing reports that the bandits, numbering about six operated for about an hour, and were said to have stormed the police facility in two vehicles and opened fire on some police officers, and thereafter set ablaze the facility 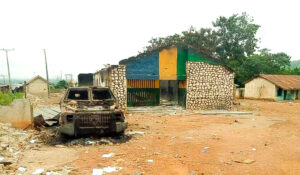 The residents were seen gathered near the facility, crying and watching the corpses of the victims, after the gunmen had escaped from the scene, adding that the attackers were shooting sporadically as the attack lasted.

“I witnessed the attack. The gunmen are just youths. They came in two vehicles, shooting sporadically. We were standing by. They told us that we are not their problem, but police officers and we should not run. They shot two officers and started razing their building,” a resident said.

Penpushing further reports that, the civilian victim was reported to have gone to the station to lodge a complaint when the gunmen on arrival shot him dead, while some motorcycles, believed to have been confiscated by police officers working in the facility, were destroyed by the fire.

The Enugu State Police Command Public Relations Officer, Daniel Ndukwe, when contacted confirmed the incident, adding that police operatives are on the trail of the masked bandits, but kept mute on the killing. 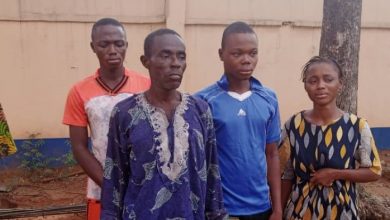 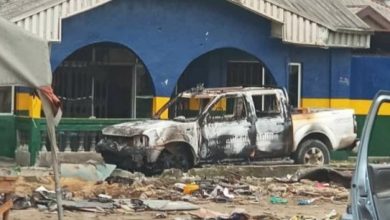 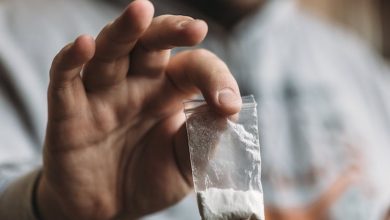 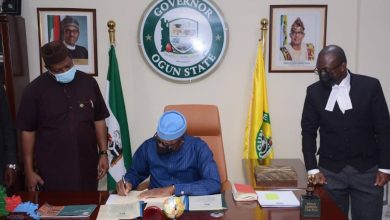