“Had I known, I would have listened to my mom. I didn’t know it would be this difficult to get marry.” This lamentation came from a caller Wednesday evening while sharing her story with me. I have her types on my counseling list. I have been reluctant to write about this topic because some of those who are close to me may think I intentionally wrote about them whereas almost on daily basis I encounter women who are victims of their rash decisions and wrong reasoning.

The caller, in her early 50s, is not pleased with the calibre of men that had previously come her way. She had been disappointed a few times. Also, she said she had invested so much in some of her failed relationships. Recounting her losses in terms of time and resources, she couldn’t “forgive” herself for turning deaf ears to the warning from her mom. She was advised never to  close her mind to suitors because of previous disappointments but she was adamant.

She had been into relationships since in her 30s till 2013. Being a career woman, her choice of a man accounted for her initial delay for being choosey. She wanted a man in a certain class and status. “Because I supervised over 50 men from senior to lower cadres at work, I desired a man above the level of my subordinates at work. By Nigerian standard, I earned well and I wanted a bigger earner as my husband. Businessmen don’t really appeal to me because of the inconsistencies of business climate. I looked forward to a befitting man in the upper class that I can look up to as my man.

“Naturally, I’m not proud. I do relate well with people at any level but I have a fantasy about the kind of a home I wanted to build, and that can only be possible if I get my dream man. From my 30s till when I was 42, that was my reason for dismissing suitors most of who fell short of my expectations. One or two guys that I would have considered had issues. One was divorced while the other left the country shortly after we started dating and he stopped communicating ever since.

“At some point, I decided to scale down my preferences as I came under intense pressure from my parents and siblings. I ventured into relationships with men I thought were really mature, serious and responsible, at the end, nothing came out of it. Meanwhile, I never ceased to pray while I adjust my mindset to accept any responsible man that truly showed commitment to our relationship. Unfortunately, most of them were pretenders, playboys and exploiters. It’s like they all had the same mission: to defraud me emotionally and financially. I actually fell for some of their tricks and I lost so much to them in the name of love. When I noticed that it was becoming a pattern, I decided to give myself a break from having affairs with men.

“But my mom rejected my decision. She said the right man may actually surface while I shut the door of my heart to love. She advised that since I was praying and trusting God for His best, I should keep my flanks open and be available for suitors until it is perfected. I ignored her because I was angry with myself for wasting my time and resources on those scammers pretending to be genuine men in love and in search of a wife.

“The first time I called for counseling, you were on the same page with my mom. You said it was ill-advised for single women in their late 30s and above to say ‘I’m not ready for men now. I want to give myself some time to relax before considering going into relationship. Your statement that ‘men are not items on the shelf that you can pick up whenever you so wish’ is real in my case. I can confirm you’re more than accurate. Now, my hen has come home to roost. Michael West, what’s the way forward? I’m 52 already. Please help me.”

I have shared this thought with several women that are serially jilted or heartbroken that they should refuse to give up. A saying that “Winners don’t quit, and quitters don’t win” is real, and it is applicable to relationship just as it is to business and life pursuits.

Problems are part of life. They ginger us to work, pray and try harder. They make us better and stronger when we confront the challenges than running away from them. They make us trust in God more and less in men because disappointments would in turn strengthen our resolve to believe in ourselves more than in other people. In particular, marital issues are sometimes foreseeable, avoidable and manageable depending on the persons involved and their circumstances. Self-will and external influence are the major factors that usually inhibit marital adventure for mature single women. In this context, I mean widows, single moms and yet-to-be married.

A counselor once said, “the best way to heal from a heartbreak is to fall in love again.” This may be difficult for some because people respond to issues in diverse ways. I believe women need to cool off and review the journey so far after a breakup. Armed with the lessons and experiences learnt from the failed relationship, the next thing is to anticipate a more blissful relationship. If it takes seven attempts for the maker of SevenUp drink to get it right, and the Bible says though the righteous may fall seven times and the Lord will lift him up, it is only wise never to give up until you win. Allowing hurtful experiences to push women into quitting or giving up on relationship is not right. The truth is, the older a woman becomes, the less her choices become. From 45 years and above, a woman has a declined power of choice unlike when she’s in her 20s and 30s. Women in their 50s, 60s and above will be lucky to get committed men, most of who may be younger. That your previous attempts failed do not mean the end of life. Keep trying. Never give up. Men are not available at your finger tips for marriage. Women that are working hard for financial independence are adding value to themselves. It is like making themselves “marketable” and they stand a better chance of getting men that relatively suits them unlike those who are waiting for men that will shoulder all their responsibilities without adding values than sex and kitchen assignment. Even at that, some of those who are empowered may have to spend the money to attract men whose commitment and faithfulness they can’t guarantee.

This is why I counsel mature single women in their 40s upward not to take any rash decision of getting off to relax for some years as if men are items available at the supermarkets. I do understand that they may have been hurt and disappointed a number of times, still, don’t quit! If you pray and you don’t get result, do you quit praying? If you have a car accident and you sustain little or no injuries, do you go about your journeys on foot? Such is life in relationship. Your ideal man might appear while you’re on ‘sabattical’ and God forbid, you miss him. Stop going on leave while you should be upping your game. From this weekend onward, intensify efforts by renewing your desire for love. I pray your own man will locate you shortly. Happy weekend.

“Men are not available at your finger tips for marriage. Women that are working hard for financial independence are adding value to themselves. It is like making themselves “marketable” and they stand a better chance of getting men that relatively suits them.” 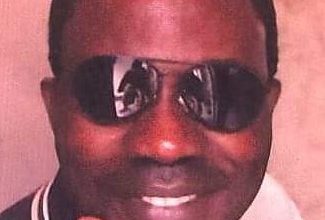