Penpushing reports that, the group in reaction to attack launched against Showunmi after the comments declared that no amount of unpatriotic sponsored attack against him would displace the fact that Abiodun is not performing creditably well since he took over.

The controversial politician in his remarks asked the Governor to up its game and give qualitative leadership just as he promised during his electioneering campaign, but in response another group known as Ogun Civil Network described Showunmi as a political jobber who has no pedigree to critice the Governor

Penpushing further reports in response to this, the group in the statement signed by its Coordinator, Irede Ogunrinde declared that, it was so laughable and indeed playing to the gallery for anyone to have dubbed Showunmi a political jobber with no pedigree who only criticises for pecuniary gains after which he would shut up his mouth 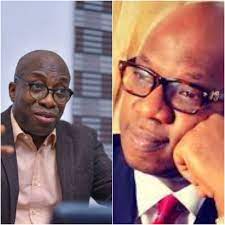 “We could understand the pains and frustration of this attack dog masquerading as a group because our dear brother, Segun Showunmi has told this audio government of what they do not want to hear’, the group said.

‘As a conscientious indigene of Ogun State and who wants the very best for the state, would it not be right to voice out displeasure about sheer cluelessness of this administration?, the body emphasised

“The roads are in comatose, same goes for the health and education sector. Yes the buildings are being refurbished but the problem of acute shortage of teaching and health personnel is left to soar higher’.

‘The local governments have remained moribund with their allocation unaccounted for yet our governor nearly shouted himself hoarse promising local government autonomy if elected into office”.

“It’s shameful this government cannot tolerate constructive criticism which is the bedrock of a thriving democracy. We remember quite vividly that not until this same Segun Showunmi put Governor Abiodun on the spot, the governor never deemed it fit to roll out the names of his commissioners six months after assuming office”.

“And if this same Segun Showunmi is not a major stakeholder in the politics of Ogun State and whose major interest lies solely in advancing good governance and nothing more, he would have acceded to various overtures coming from many emissaries of the present administration”.

‘We hereby condemned this unwarranted attack against our dear brother SS once again for just simply helping to wake up this heavily snoring government at the duty post and if rather than adjust, all it can do is to send its attack dogs after him, 2023 is almost here when the residents of the state will unanimously revolt with their votes”. 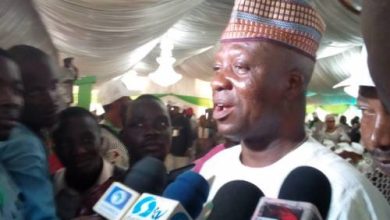 1,000 lobbied to be commissioners in anambra state, says Governor Soludo

Governorship primary: I am done with all progressives congress, says Obaseki