The aphorism of contention which finds expression in the ‘two sides to a coin’, clearly manifests in our topic of discourse as framed differently here: *Between Journalism (Media practice) and Public Relations (Reputation practice)-Which best fits the Role of the Nation’s “Spokesmanship”*

The contention is such that professional practitioners along the two divides of disciplines have often waged a ‘silent war’ as to the best soothed calling that can bring values, essence and quantable results to the role of  “spokesmanship” in the seat of government(s), nationwide. In other words, between the two trained experts/professionals, who can best be adjudged as the most qualified to be appointed as the mouthpiece of government at any particular time?

On the surface, the issue looks simple and straight forward to decide. But, previous and present appointments to this position by our political leadership at all levels and indeed, the per low performances  (productivity) of most of the office holders, have given course for concerns and called for a redefinition of suitability.

Applying both theoretical and practical approaches, this piece attempts valid answers to the raging issue. 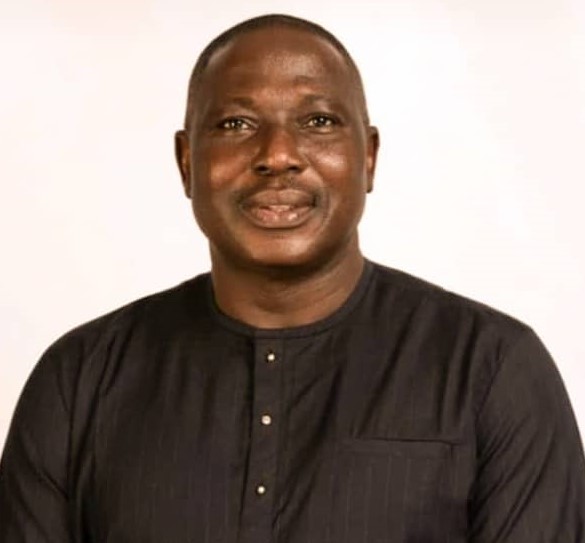 Succinctly put, it is an act of gathering and disseminating of news story/report (particularly as to recency/timeliness), to the audience/people.  It is a trained act of getting in accurate, timely and objective ‘occurring/occurred’ events mentioned through the channel of mass media for the purpose of information, education, entertainment and, instructively, historical applications.

Over the years, this practice, with its sets of knowledge, training, regulations and professional code of ethics, have become sophisted and muffled in the digital age. It is such that, today, with the on slaught of internet’s propolled Social Media (SM) channels, ‘everyone who can write or post a message’ is tagged a ‘Journalist or Media man’.  A very wrong notion which negates the concept of professionalism; the whole essence of which is a “discipline of verification”.

Thus, within  the context of our discourse, a Journalist or Media practitioner operates purely from a princint and restricted knowledge of Mass Communication (as a discipline), with the entire/only notion to “inform” the audience/people (professionally referred to as publics or stakeholders). This “inform-role-model’s” instinct, is at the core of the major functions of an appointed “Media/Publicity’ Secretary/ Special Assistant, Minister/Commissioner for (or of) Information, Press Secretary, New Media Assistant, (or any name given to it). The role is so encumbered in generality to the overall task of reputation/image building responsibility required in a Government establishments Business/cycles.

In simply applying the definition of the ‘PR Society of America’, Public Relations/Reputation practice is “a strategic communication process that builds mutually beneficial relationships between organisations (Governments, Corporates and Individuals, Associations/Groups, Communities, etc) and their publics (stakeholders, audiences, players, consumers, general members of the society, etc)”.  In other words, it is a defined field of study with its own body of knowledge, training, regulations as well as professional codes of ethics/conducts. It’s a top managerial position and ‘no go area for challants or all- comers’.

The complex nature of PR is such that, in practice, clear designation of publics (stakeholders/audiences-actual and potential) must be comprehended and listed out; set goals/objectives of creating understanding must be highlighted; proper planning/action plans must be initiated; methodological execution of strategies must be pursued to achieve set goals and lastly (among the least), the feedback mechanisms must always be activated to ensure that the deliverables are effective.

The above processes make a vivid distinction between a PR/Reputation practitioner (who is a trained researcher/an analyst, a planner, a strategist /master crisis manager, an evaluator of issues/trends/developments, an anticipator, an empathy Agent, etc) and, its contemporary in Journalism/Media practitioner (who mostly, is a tutored purveyor of news/reports’ gathering, dissemination, opinion moulding, verification and less of valuations).

In contrast to the practice in the Media world, a major strength of the PR practitioner lays in his/her ability to apply series of communication tools to achieve its set goals of creating mutual understanding, knowledge, respect, support, goodwill, positive image (etc) for his principal (organizations or individuals).

Hence, it’s common to have in a structured PR/Reputation enclave/setting, clear-cut functions on “Media Relations (indicating that Media (generally) is a stakeholder to any organisations and, it  must be cultivated and used like a tool to achieve specific goals), Customers Relations, Shareholders Relations, Government/Inter-Government  Relations, External Relations, Community Relations” and, others (depending on the delineation of the PR professional and his organisation’s focus/needs).

In summary (and in contrast), the focus of  a PR/Reputation professional’s role is intrinsically embedded in ‘mutual public engagement for enlightenment,  advocacy and advisory with a view to earning stakeholders’ understanding, positive perception and goodwill for the principal’s objectives/goals.

Thus, an inference that could be drawn, from the conceptual frameworks, is that the whole essence of PR/Reputation practice is built on seeking the “truth and goodwill-role-model”.

From the highlighted discourse so far, the natural issue to raise (among others) is: Which practice/profession is best suited for the overall role of “Government Spokesman’?”.

Who the Cap Fits:

In a pluralistic society like ours, there is a genuine need for the populace (in Government’s parlance) to be *informed* thus fitting into the conceptual, old frameworks of the “inform-role-model” matrix of our discourse. Hence, the tendency is for most Governments’ Principals (across Federal, States and Local levels) to build their information management mechanisms/strategy round an accomplished  Media practitioner -simply caving into the mentality of general information gathering and dissemination dictum!

But, conversely, what about the questions of information authenticity, value- added/enhancements, essence, applications/usage, planning,  evaluation, audience deleniation, acceptability, reception, redundancy, feedback, coordination, etc?  These are critical matters of contemporary  concerns, in arriving at objective selection for the assigned role.

Within the pace of 1999 to date (2020), since the return of the Country to full democratic governance, this trend (selection of the ‘spokesman’ from among the  Media players)  is a ‘normal’ rather than the ‘exception’. It clearly points to a deep lack of understanding of the the *”truth/goodwill-role-model” among the select leadership, which, essentially, the PR/Reputation practitioner best personifies/subsumes by training, experience and exposure.

Just like a ‘two sides of a coin’, the two professions are relevant for the purpose of our discourse but one is clearly best suited for the assigned role.

In a diverse, multi ethnic setting like ours; one with varying degrees of values, culture, tradition and complex desires, there is need for a fit-in selection of *”truth/goodwill-role-model”* professional for high-level of effectiveness and performance.

In today’s environment,  Government’s “Spokesmanship” has transformed beyond mere information ‘gathering/dissemination’ to more of strategic functions of stakeholders’ engagement, advocacy  advisory and functional feedbacks with overriding desire to creating goodwill/perceptions, understanding, empathy/sympathy and support for Government/Principal as a successful Brand.

It’s is only the discerning Principal, who can genuinely seperate the inherent differences and value-added propositions which each of the callings/professions can bring to bear on governance; that would make a success of his policies, plans, programmes, manifestos and goals/objectives among the target publics/audiences.

Again, with major dislocating crises (one which is a special area of study in Crisis communication,- a purview of PR practitioner) rocking the fabrics of Government(s) all over the Country, it’s only a two-way (inward-outward) Reputation professionnal who can help navigate the difficult terrain of disputes’ resolutions amicably.

A professional PR practitioner is clearly “the eyes, ears, nose and mouth (brain box)” of his/her Organization/Government/Principal  in a way that he/she brings *truth, fairness and invariably, peace and progress* to prevail in all dealings/actions. He tends to see more of the Government’s activities from the view points of the outsiders/stakeholders and, alligns the understanding curves to Government/Principal’s intents.

The totality of this proposition, in my opinion, should characterize our selection process to this key States/Federal responsibility. If yielded, it will be a paradigm shift from the old orders and, a peer review performance exercise  can be conducted in future to placing our selection priorities right!

Eddy Ademosu is a veteran Journalist and Public Relations Expert, writes this piece from Lagos, Nigeria 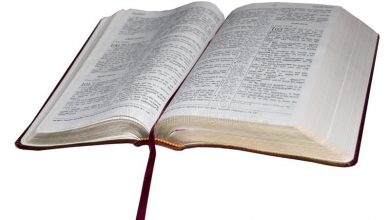 Trust in the Lord 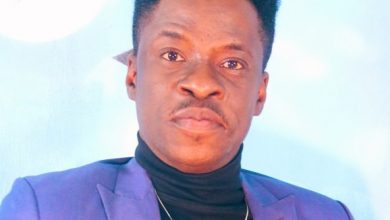