Death crept in like a thief in the night and snatched away Sam Nda-Isaiah, fondly called Kakaki Nupe because of the traditional title he held. Sam was the mercurial petrel of APC whose appearance on the presidential primaries platform will forever shock President Muhammadu Buhari and many of his acolytes.

Majority of my past colleagues and Sam’s acquaintances, will attest to the fact that he was literally a round character — humble and abrasive; peaceful, compassionate and combative; kind-hearted and coldly decisive — depending on which side of his heart your issue falls.

The charms of the ubiquitous man who loved to get things done — even if it took hours after deadline — had been interred, but the memory lives on. Failure to carry a story, no matter how small, sketchy or inconsequential the subject matter was, discomforted him. For him, that was the kind of editorial indolence that should earn a reprimand. It earned LEADERSHIP some bad ratings sometimes. 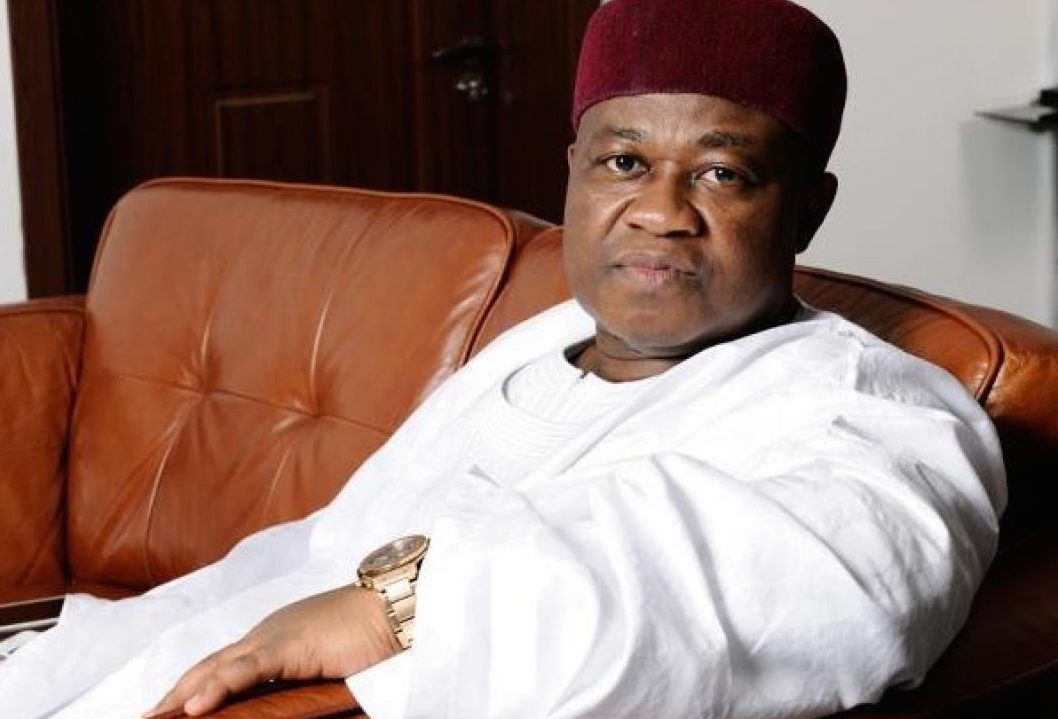 But he was a Mr. Projects – churning out title after title. Failure of one project marked the beginning of another which might be successful. We’ve all heard the story of the nightmare boss because it’s all too common in our offices. But we rarely celebrate people like Sam, who are permanently on the run. Not that they are perfect but they transform the way we feel about our jobs, the company we work for, our colleagues, our internal and external customers and above all ourselves and families. Sam Nda-Isaiah was a man cast in that mould.

He was like one’s favourite teacher who leaves a lasting impression on one’s life. I have had several workplace experiences — in civil society organisations, private enterprises and in government — and found him worthy and eclectic. I worked with him and either resigned or took leave of absence and returned to him a number of times. And that’s strange in our climes.

For a month now, I had struggled with paying him a tribute. I was wary of the deluge and cornucopia of encomiums. I might as well be caught in the maelstrom of scripting to soothe the spur of the moment by joining paternosters and the bandwagon of praise singing. We don’t speak ill of the dead here, at least.

I had a swell time working and sharing thoughts with this pharmacist son of a newspaperman who eventually etched his own name in the newspapering business as both a writer and businessman. He was greater than his father (and may his children turn out greater than him, I pray)!

My people have a saying that money and women are the greatest threats to men’s friendship/relationship. No, Sam is not cast in that mould. In fact, many wondered if he had time for such epicurean stuffs. Like the Nazarene of old, he was a teetotaller but not your compulsive church-goer. He was a just Christian. When LEADERSHIP became burdened with unpaid salaries (occasioned principally by his political adventure) many, conscious of the ethical implications, left. Hitherto, salaries were promptly paid before the BIG IDEA assailed him. For me, that was a big lesson on romance with Nigerian politics.

Ideas don’t govern our political choices; huge money and godfathers do. Great as his philosophy and insight on statecraft was, Sam was too theoretical. His vision anchored on citizens’ welfare derived from human and material resources available, and his transformational leadership agenda took only a flight of fancy. Emotional intelligence failed him and left his baby, LEADERSHIP, haemorrhaging.

After his costly political gambit, he had brought many ‘experts’ to perform surgery or even miracles on LEADERSHIP. My oga, Azubuike Ishiekwene, was the ultimate witchdoctor. His magical touch only made the paper survive, not bubbly. Sam would give a boss the right to fire under-performing staff, but would be the same person to reinstate the fired staff through the back door. He was a boss who on a good day would make a green horn reporter a desk head and less than a month later upscale the same wannabe to the editorial chair. A good number of his staff ended their careers before the careers truly started because the shoes were either too big or some other extraneous considerations exposed their inadequacy to occupy the office.

I know of a sacked reporter who had a relationship with a former Head of State and returned as Editor of the flagship title. Needless to say, the same fiery Sam ignominiously re-sacked the editor on the ground of incompetence, shoddiness and tardy editorial judgment. At a point, a youth corps member was made editor of the Hausa title!  I also worked with a rambunctious Accountancy graduate on the Foreign Desk. He cut his teeth in LEADERSHIP as a reporter. Usually vivacious, business-inclined, with high net-worth contacts and bristling with ideas like Sam, he could make one become a millionaire selling coal in Newcastle. The young man took permission for a three-day trip to travel to the East, only to call me three weeks later to enquire about goings-on at our desk. Petrified, I walked up to Chairman to ask for the man’s redeployment away from my desk.

“Kunle, with your temperament, anybody you cannot tolerate cannot work anywhere. In fact the guy cannot be here. Let him just go.” Surprisingly, my boss called a couple of days later to tell me how he had been under pressure by some governors; a former president of the senate also spoke to me on Sam’s phone concerning the guy and I had to let go. To the glory of God, the man is making waves in marketing communication and I have immensely benefitted from his goodwill too.

The same iconic Sam would not listen to the rumour mills that I was consulting for international development agencies while working in LEADERSHIP. Yes, I was and it paid me materially and editorially. He called me while the squealer, a supposed friend was around, “Your people are grumbling that you don’t help them in the newsroom…that you are always either writing or researching for USAID or IRI or any of these foreign NGOs”. I fretted but he quipped: “I’ve told them I didn’t hire you as News Editor or the Editor. I am pleased with your innovations on Foreign and Development. They should do their work”

Because he saw my penchant for research and love for books, each of his many trips saw him buying books for me to read and return. He didn’t joke with his vast library that would dwarf many of those in today’s glorious secondary schools called universities.

Soon, the man came up with a big idea called LEADERSHIPEDGE, an “all-gloss fortnightly with special focus on in-depth corporate briefs, informed analyses on leadership and statecraft, that also offers useful tips on business, boardroom affairs, international intelligence and diplomacy”. I was made Editor. Before the paper birthed, I had my salary doubled and two brand new cars to show for my efforts. From that desk, I acted regularly as Editor for the flagship newspaper, when the Editor, Ibrahim Sheme, lost his wife and on his annual leave.

Each time I left LEADERSHIP, I usually returned. First, I went to work for his arch-political foe, Chief Olusegun Obasanjo at the Africa Leadership Forum as Publications Manager, and he lured me back as an Executive Director with an enticing remuneration package. He brought many others, who were either his dad’s former bosses or those whose parents were. Though not a megalomaniac, he flaunted this relationship in a manner that suggests he was a conquistador of sorts, having moved up the social ladder.

I think he was racing against his beginning and his past. He was born to run. Sam was in a haste to do many things and his background pushed him too hard. He successfully managed the divine ascendancy to an extent, but every man has a hubris. He had tall ambitions — many may say inordinate ambitions. His dive at the presidency and big idea collided with the corporate empire he started building. He never owed salaries before then, even when he had no press.

Sam’s modesty was electrifying. He was only investing and investing; dreaming and thinking of how to actualise these dreams, how to build human capital and society for God and country. He was modest with his coupe Mercedes Benz which he gave out and replaced in 2010. The paper remains the envy of the big and mighty in Northern Nigeria after 1932 when the trilingual Jaridar Nigeria Nigeri Ta Arewa/Jaridat el Nijeria al Shimaliyya debuted.

He was also courageous and a hard fighter. I saw him squaring up with the big and the mighty — former President Olusegun Obasanjo over a suspected third term agenda; Senator Isa Mohammed Bagudu over a paternity row; and late President Umaru Yar’Adua over “malicious rumours and outright falsehood” over the late leader’s health. It’s ironic that the man who dug so deep for truth, probing the essence of man and public good, had his death shrouded in the secrecy of “brief illness”. If Sam had lived to write his own obituary, I’m pretty certain he would choose full disclosure, perhaps for others to be more circumspect. After all, it’s a debt all mortals owe.

I recall the same scenario at the end of the tornado of a man, Fela Anikulapo-Kuti’s journey here on earth in 1997. Olikoye Ransome-Kuti, former minister of health and Fela’s elder brother set the stage for awareness of Nigeria’s HIV/AIDS epidemic after he announced that his brother, the Afrobeat legend, had died of complications arising from HIV. They called the immediate cause sarcoidosis sarcoma. It was a wake-up call for Nigerians, who had mostly ignored his 1986 warning when, as the health minister, he had declared that a 13-year old girl had tested positive for HIV. Olikoye then felt a personal need to break the silence surrounding AIDS in Nigeria. To him, Fela’s death highlighted the government’s failure to address the crisis and thus broke the circus of the conspiracy of silence.

Such disclosures as the one made by Prof Ransome-Kuti need not stigmatise anyone. Many had gone that way.

Citizen Sam was an honourable man, pursuing truth and the good of mankind. He deserves to enjoy this honour in his grave. He was the man who dared to dare. He fought and won many battles, although the last one against COVID-19 took him away. Let us set up a foundation in his honour to fight this and other deadly scourges that periodically ravage our land so that even in death, the name Sam Nda-Isaiah, would evoke life and fellow-feeling. Let his baby, LEADERSHIP, also live 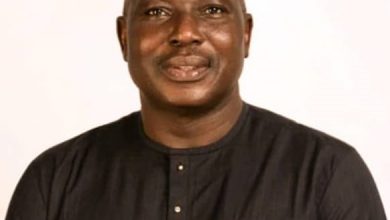 Topic: Between Journalism/Media Practice and Public Relations (PR)/Reputation Practice – Which is Which In “Spokesmanship”? 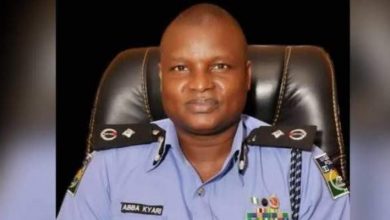 DCP Kyari: another deserving garland for a quintessential cop