A member of kidnapping syndicate who  escaped with gunshot wound during a gun duel with the police in Mologede area of Odeda local government has been found dead in a forest.

Penpushing reports that, it is recalled that the bandits on Friday abducted a tipper driver who was rescued by the police, while in the course of the rescue mission one of the gang members was shot dead while others escaped with bullet wounds,

The Ogun State Command Public Relations Officer, Abimbola Oyeyemi in an update on Sunday said after a manhunt on the escaped members, another gang member was found dead in the forest, as well as another arrested

‘Following a gun battle between men of Ogun State Police Command and a group of kidnappers, who abducted a Tipper driver on Friday afternoon at Mologede area of Odeda local government, as a result of which one of the kidnappers was shot dead while others escaped with varying degrees of gunshot injuries, one of the kidnappers who escaped with bullets wound has been found dead in the bush, while another one was arrested’, he said. 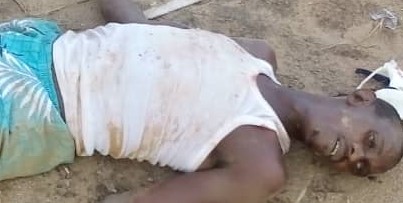 ‘It will be recalled that a Tipper driver was abducted on Friday at Mologede village, following which the Dpo Bode Olude division, DSP Durojaye Rotimi, mobilized his men in conjunction with other security men to the scene,  where the hoodlums engaged them in fierce gun battle as a result of which one the hoodlums was shot dead and the victim rescued. Other members of the gang escaped with gunshot injuries’, Oyeyemi added.

‘A massive manhunt for the escaped members of the gang was ordered by the Commissioner of Police, Edward Awolowo Ajogun, in compliance with the order, the entire forest of Mologede was combed, and in the process, the dead body of one of the kidnappers was found while another with bullets wound was arrested’.

Penpushing further reports that, Oyeyemi said the arrested suspect who identified himself as Mohammed Bello was discovered to be an ex- convict who has just been released from prison custody in Ibadan Oyo State.

The police spokesman said some packets of tramadol and weeds suspected to be Indian hemp was recovered from them,adding that the Commissioner has ordered the transfer of the suspect to Anti -Kidnapping Unit of State Criminal Investigation and Intelligence Department for further investigation. 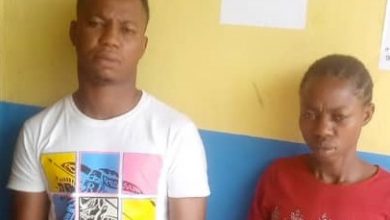 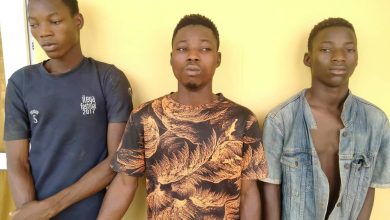