The Ogun State Police Command, on Friday paraded some suspected criminals, who were 24 in number and arrested for different crimes committed across the State.

Penpushing reports that the  Commissioner of Police, Kenneth Ebrimson, made this known during a press briefing at the Command Headquarters in Eleweran, Abeokuta, Ogun State Capital, adding that  three suspects armed robbers include, Isiaka Ismail, Gbagbo Felix and Daniel Nomsha.

The Commissioner said they  were arrested following an intelligence report after concluding plan to unleash terror on residents of Opeji Community in Odeda Local Government Area of the State, with one English Pump Action Rifle, Two locally made Single barrel gun, One loaded Dane gun and Eight live Cartridges.

Penpushing further reports that, Ebrimson also made known the arrest of a fake Soldier, identified as Babatunde Jude, who was apprehended in a full military camouflage, while extorting and brutalizing innocent members of the public.

The suspect, however,  confessed to be a dismissed soldier, who has been dismissed since 2015, while his accomplice, Henry Agele, has never been a solider before.

Penpushing also reports that, the Commissioner said  the arrest of a suspected armed robber, Orji Joseph, with a cutlass and one Ford Transit Bus with registration number, GGE 235 XY, loaded with Motor Spare Parts was effected.

The Police boss, made known the arrest of suspected kidnappers, Bello Muhammed and Babaginda Aliyu, who demanded for the sum of ₦50,000 from family of the abductees, who were however rescued unhurt with no ransom paid.

Penpushing reports that   the arrest of two suspects, Audu Sulaiman and Lateef Ganiyu, with forty  bags of weeds suspected to be Indian Hemp and eleven packs of Skunk, also known as “Next Level”, was carried out by the police.

“The beauty of this pamphlet is that at the comfort of your home, you can activate any of the numbers, you can hide their numbers and call any of the number depending on the area you are residing’, the commissioner explained.

“The pamphlet contains my own direct line number, with other management staffs. We want to be accountable, we want to be responsive to the yearning of members of the society and we want to deliver quality police in service” he said.

The Commissioner while also appreciating the State Governor, Prince Dapo Abiodun over the donation of 27 Operational Vehicles deployed across parts of the State, said “If you are moving around the State, you would have been noticing and seeing White Operational Vehicles with Siren designated in different points that will respond to distress calls in the neighbourhood” 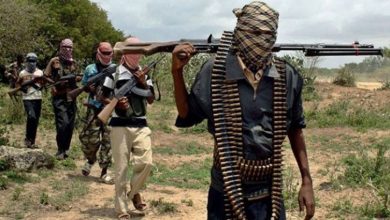 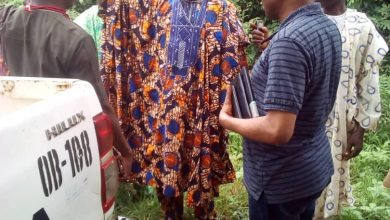 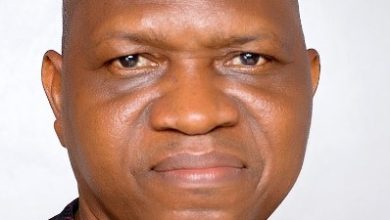