The residents of Journalists Estate Phase Arepo, under the auspices of Journalists’ Estate Residents Development Association (JERDA Phase 1 ),have petitioned Ogun State Governor, Prince Dapo Abiodun over alleged invasion of the community and criminal destruction of property  by a traditional ruler and his chiefs.

Penpushing reports that, the petition signed by Olufunke Fadugba (Chairman JERDA Phase 1 and Toye Olori (General Secretary (JERDA Phase 1) added that the monarch and his cohorts also engaged in persistent threat to lives of the residents

‘Petition on unlawful invasion, criminal destruction to property and persistent threat to lives and property, by residents and leadership of Beachland Estate Resident Association (BERA), Arepo, led by Emmanuel Akudinobi, Olu of Arepo and his Chiefs’, the caption reads

‘We want to bring to your notice and that of the general public, the activities of some unscrupulous elements, which have  become persistent threat to lives, incessant invasion and constant ‘BERA’s constant harassment by residents of Ebute under the name  Beachland Estate Residents Association (BERA), against members of JERDA Phase 1’, the residents told the Governor. 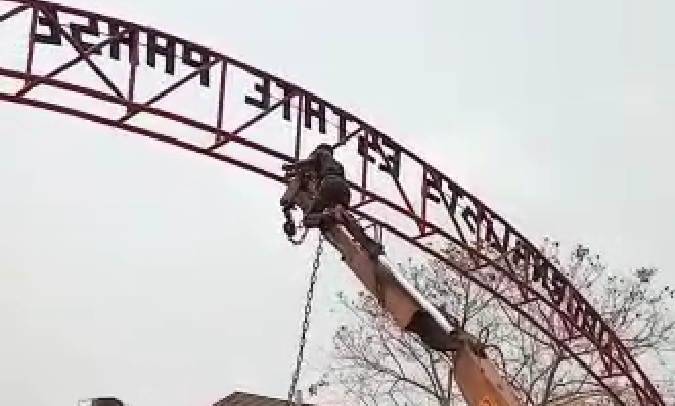 ‘The acts  of harassment are being perpetrated in connivance with the Olu of Arepo, Oba Atanda Oyebi and his chiefs, with the aim of annihilating us from the community.  There has been physical confrontation and verbal threats to lives of members of Journalists Estate Phase One, comprising notable members of the journalism profession and many others in various professional fields of repute.

Penpushing further reports that, the petitioners alleged that on Tuesday, February 8, 2022, over 50 Beachland Estate Resident Association (BERA), residents, led by the monarch, including some chiefs from the palace invaded the estate and destroyed entrance arc, located at the point of security access into the estate.

‘After an initial discussion to prevent the destruction, it was jointly agreed to meet with the traditional ruler later in the day to discuss the issues and resolve the matter amicably. However, after a while, thugs, armed with cudgels, in company of some chiefs and the said Emmanuel Akudinobi, came back from the palace of the Olu of Arepo, where they boasted to have received the order to destroy the arc installed by JERDA  Phase 1 with millions of Naira belonging to our members’, petitioners said.

‘They first set about the arc with axes and diggers, to weaken the foundation and seeing that it was not bulging, they then drove an Ayab Truck over it to bring it down violently. The steel arc is a new one in replacement of the initial one that gave way for the road construction currently going on’, the petitioners wrote. Penpushing also reports the residents explained that,the replacement of the arc was after due approval from the State Ministry of Works and under its thorough engineering supervision, adding that it took a strong restrain of Journalists’ Estate Residents Development Association (JERDA  members and some elders in the estate, for the invasion not to degenerate into full blown skirmish.

‘The new arc was installed on Tuesday, February 7, 2022, with due notice to relevant authorities, including the Police at Warewa Police station and the Ogun State Ministry of Works as well as Ministry of Physical Planning. The approved installation was witnessed by an Ogun State Ministry of Works assigned engineer and inspected later by senior official from the State government and it was confirmed that we followed due process and specifications as approved by the state’, they wrote.

‘However, the chiefs, who accompanied the crowd of thugs, openly boasted to us that the Olu of Arepo gave BERA members and his chiefs, the directive that the arc should be destroyed. The reason given, among others, was that we did not pay “homage” to the palace, before erecting the arc and that no other authority can override that of the Olu of Arepo’.

Penpushing reports that, the resident pointed out that, the estate arc has been at this landmark point, since the inauguration of the estate in 2003 and delineates the allocated perimeter approved by the Ogun State Government, adding that,. the location of the arc also serves as security outpost for the estate and has been instrumental to warding off security threats not only to our estate but also members of Beachland Estate Resident Association (BERA).

‘Sir, it will be worthy to let you know that BERA members have over the years been given unfettered access to connect their estate without any form of molestation, but they are now insisting that we should not put any security measure in place to safeguard lives and property at Journalists estate, Phase One.  They vowed not to allow us install any form of landmark at our point of entrance and exit into the estate’.

‘This selfish attitude is not applied to the two entrances into Beachland estate, where they have fully fitted security outposts with serious scrutiny of visitors into their environment.  We had offered joint security approaches severally in the past to achieve peaceful co-existence with our neighbours.  However BERA residents have gone further to curry  favour from the Olu of Arepo to frustrate every effort we have made’.

‘With the support of the Olu of Arepo and a number of hoodlums in the community, BERA members, led by Emmanuel Akudinobi, have become a threat to our lives and property in Journalists Estate. We have made several overtures to address their perceived grievances over the years, but they have become more violent in their bid to frustrate our effort to secure lives of our members, our families and the estate. Now, they are being openly backed by the Olu of Arepo, his chiefs and some hoodlums’.

‘We will like to put government on notice of those who have aversion to peace in this community and may be working against efforts of government to protect lives and property of citizens.  Beyond our control, the population growth in Arepo, buoyed by constant influx of young people from all parts of the country, is becoming a resting reservoir to communal violence and destruction that may thwart the efforts of the state government’.

‘This is a Save our Souls message to the you, Your Excellency Sir and the state government that a situation, where the Olu of Arepo will be the arrow head of criminal destruction of property, with contumacious impunity, is a threat to peace and lives of citizens and must not be allowed to stand. The Olu of Arepo cannot be at par with the government of Ogun State, from which permission was sought and obtained to install the arc. The audacious destruction of the arc portends great danger to our lives and property and as well send the wrong message that the Olu of Arepo can take the laws into his hands, by destroying communal properties’.

‘We are therefore respectfully asking that the police are invited into the community forthwith, to view the destruction caused to the arc, with a view to commencing investigation and prosecution of the known perpetrators, led by the Olu of Arepo. This is with a view to getting the destroyers to replace the arc’ .

‘We also pray  Your Excellency to direct the Commissioner for Chieftaincy Affairs to initiate appropriate sanctions against the Olu of Arepo, for his usavoury role in the destruction of the newly constructed arc, which is purely an act of criminal damage to property and an affront to duly constituted authority under your able leadership’ . 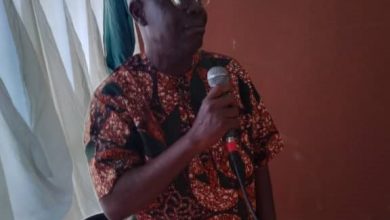 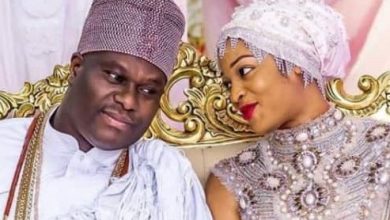 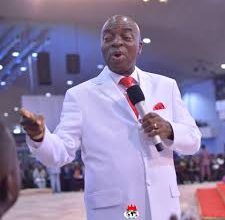