The Freelance and Independent Broadcasters Association of Nigeria (FIBAN),Ogun State Chapter has accused Soji Amosun, a contestant for the post of chairman of Nigeria Union of Journalists(NUJ) in 2019 of being economical with the truth in regards the controversial election of the state council

Penpushing reports that, in a statement by the Freelance and Independent Broadcasters Association of Nigeria (FIBAN) Chairman, Olufemi Omilani, said the claim of Amosun while granting interview at Splash F,M Radio that members of the association were listed as electorates was nothing but blatant lie

‘Our attention has been drawn to a malicious statement credited to one Mr Soji Amosun, an acclaimed chairman of the Ogun state council of Nigerian Union of Journalists, NUJ.In an interview on Splash 106.7 FM, Abeokuta, on 2nd of March 2021, Soji Amosun claimed that FIBAN members were listed as electorates in an NUJ election that held in 2019’. 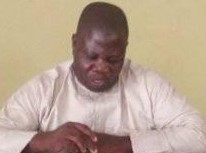 Penpushing further reports that, faulting Amosun’s claim in the statement titled,’Soji Amosun lied’ said he (Amosun) decided to be mischievous, stressing that the association does not involved in any unlawful activity as Amosun wanted people to believe

‘We hereby wish to state categorically that Soji Amosun lied and that is the least expected of someone who is laying claim to an exalted position such as the Chairmanship of NUJ’, the association declared.

‘It is either he deliberately wish to be mischievous or he is confused. For the records, the Freelance and Independent Broadcasters Association of Nigeria (FIBAN) is a reputable organization that does not involve in any unlawful activity’.

‘Ordinarily, we would have taken it as the statement of a sinking man and ignored it in its entirety because he is not worthy of our response but for the treasured image of our association and the general public that might be misled, we wish to put the records straight’,Omilani emphasised.

‘The fact of the matter is that on the day of the election, myself and a few members of our association had gone to Iwe Irohin, venue of the election, to observe their election as a sister organization in solidarity with them as they did during the election that brought me into office and the ones before mine. At no time was any FIBAN member given ballot paper (s) to vote or listed as electorate’.

Penpushing also reports that, the body advised Amosun to face his political problems within his union, rather than trying to drag broadcasters into the controversial election, and equally gave him seven days ultimatum to withdraw the statement of be drag to court

‘While we advise Soji Amosun to face his problems and not drag our United and peacefully association into their leadership tussle, he is by this statement given seven (7) days ultimatum to withdraw that statement and tender public apology to the association; else we will be left with no option than to take legal action’, the statement emphasised 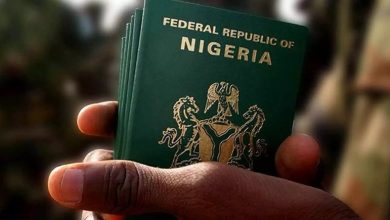 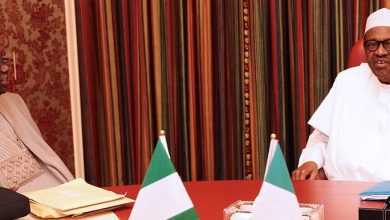 Buhari is in grave danger of being confined to an unsavoury side of history, says Pastor Bakare