A Pressure Group, Voice of Reason has lamented that human lives have become very cheap in Nigeria and therefore called for urgent return to autonomous regional structure for peace to reign in the country.

Penpushing reports that, Chairman of the body, Otunba Olusola Adekanola made the appeal in a statement as the group bid farewell to the innocent victims of the massacre at St. Francis Catholic Church, Owo in Ondo State which happened on Sunday 5th of June 2022.

The Voice of Reason emphasized that a review of the situation shows clearly that government need to take another look at the present structural defects and revert to an autonomous regional structure if the country is to enjoy peace and progress. 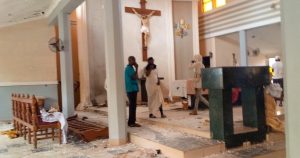 Penpushing further reports that, the group in same vein, passionately appealed to the Nigerian government to as a matter of urgency put in place measures to address the incessant killings which now pervaded the country.

‘As we bid farewell to the innocent victims of the massacre at St. Francis Catholic Church, Owo in Ondo State which happened on Sunday 5th of June 2022, we owe it a duty to the victims, their loved ones, Yoruba race, Nigeria and indeed humanity that we should begin to put in place measures to ensure that such a heinous crime does not happen again anywhere in Yorubaland’, the body said.

‘Till now, the identity and motive of the attackers remain unknown. Yet the government has carried on seemingly unperturbed. Human life has become very cheap in our Nation. As we mourn, we pray for all the people whose loved ones were victims of the savage attack. We are very saddened at your loss. The worsening level of insecurity has become an albatross exacerbating tension and distrust between ethnic groups.

‘Clearly, most Nigerians are at the juncture of confusion. It is so bad. Out of frustration, many want the amalgamation dissolved. A review of our situation shows clearly that we need to take another look at the present structural defects and revert to an autonomous regional structure if we are to enjoy peace and progress’.

Penpushing also reports that, the group noted that the foundation of Nigeria is terribly weakened by the incongruous objectives of the federated regions, adding that, political leaders use the unity of Nigeria expediently to achieve contingent and self-serving purposes.

‘The foundation of Nigeria is terribly weakened by the incongruous objectives of the federated regions. Political leaders use the unity of Nigeria expediently to achieve contingent and self-serving purposes while the Yoruba people have been struggling to liberate their region from the domineering tendencies of the people who believe they own Nigeria and all the resources therein’.

‘They want to annex our ancestral land and are perfecting their ethnic cleansing strategy. We owe it a duty to protect our race. It is time we adapt a new spirit of unity, reward only those who manifest loyalty to the new Yoruba objectives of autonomy as a groundwork for a new budding culture of success’.

‘There must be a new direction and the option of pledging loyalty to other interests that do not align with the overall Yoruba interest should be discouraged. Only people who are ready to seek first the interest of the generality of our people qualify to lead us henceforth’.

‘With the current level of violence, kidnapping and general insecurity, it has become imperative that we extricate our region from this debilitating constitution. The challenge today is; how do we remove the shackles of imperialism and neo-colonialism to be able to forge ahead’.

‘All policies aimed at surreptitiously changing the demography of Yoruba land and the disinterest of relevant authorities in curbing the criminal activities of the people who kill and kidnap without repercussions are inimical to peace. These policies cannot accomplish their ostensible objectives and are being vehemently rejected by our people as we are not willing to surrender any part of our ancestral land for annexation’.

‘Ours is a voice of moderation and reason calling for urgent return to autonomous regional structure. The present administration’s firm resolve not to accept our entreaties for regional autonomy has resulted in demands for outright self-determination by some other groups and it is our hope that our voice of reason will also be heard more loudly by foreign countries and relevant international agencies to avert unnecessary bloodbath.

‘At this critical time, it is auspicious for us to call upon all Yoruba at home and abroad, our friends, other ethnic groups and well-wishers of Nigeria around the world to advocate for a greater autonomy for the constituent regions. Nigeria’s ethnic nationalities desire and deserve a liberated future’.

‘Our traditional, political and business leaders should call on their friends in the corridors of power that the present political structure where some groups have a sense of entitlement to the ancestral land of others cannot guarantee peace based on justice’.

‘It is becoming very clear that we have to take keener interest in our security and be conscious of the activities of illegal occupants of our forests if we are to avert the catastrophic consequences of deliberate inactions or suspected connivance of our political leaders to the spate of horrible attacks from a group that seems to enjoy monopoly of right to carry arms’.

‘These forest-dwelling predators have made our forests and farms unsafe. The risk in inter and intra State travels is taking its toll on social and economic activities. The prospect of a political solution is gradually being eroded.   We call on all governments in Yorubaland to wield their power in ensuring that we regain our lost glory’.

‘The States should take frontline position by reexamining the security architecture of their States, protect their territory and their people. State Governments should demand unequivocally the right for their local or regional security outfits like Amotekun Corps to carry arms so that they can truly protect the people’.

‘Also, Local Governments and communities should set up Community Security Networks (CSN) to serve a unique role of protecting all schools, Churches, Mosques, markets and other public places. CSN should coordinate information and intelligence sharing, safety and security training’.

‘CSN officers should be properly trained to provide necessary instructions and awareness to the residents on how to handle potential threats. CSN shall stay vigilant during the day and awake throughout the night, keeping a watchful eye on the entire community — so that all parts of Yorubaland can be safe and her people can live in peace’, the statement emphasised. 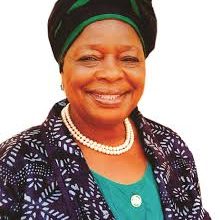 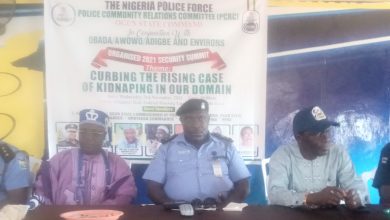 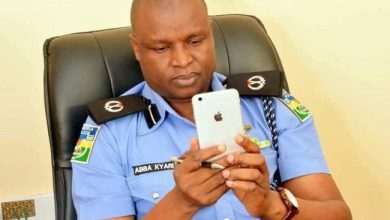