Gunmen on Sunday attacked the convoy of Senator Ifeanyi Ubah, in Enugwu-Ukwu, a community in Njikoka Local Government Area of Anambra State, allegedly killing some police officers in the convoy.

Penpushing reports that, gunmen were said to have  ambushed and opened fire on the convoy, while the lawmaker representing Anambra South Senatorial District managed to escape number of his aides were reportedly shot dead, but their number could not be confirm as at the time of filing this report.

The source said policemen in the convoy initially engaged the gunmen in a shootout during which three of the officers were gunned down, while Ubah was said to have sustained injuries before his narrow escape.

‘Some of his aides were killed, including some police officers. The senator managed to escape as his car was riddled with bullets.  was driving to that spot from the link road to the express when some people in a shop shouted at me and asked me to turn back and take another route, which I did,” the source said. 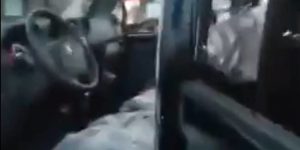 Penpushing further reports that, Anambra State Police Command Public Relations Officer, Tochukwu Ikenga, when contacted confirmed the incident, but said the casualty was not clear as at the time of this report,adding that the Commissioner of Police m, Echeng Echeng, led operatives to the scene of the attack

“Yes. There was an attack at Enugwu-Ukwu today, but the casualty figure is not clear. Police operatives are on ground there as operations are going on. The situation is being monitored” he said. 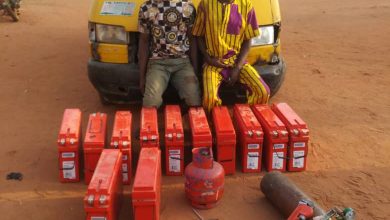