A middle aged man Suleiman Akinbami has been abducted at a petrol station in Ado-Ekiti at gun point, having being ordered into his Toyota SUV and drove him away to an unknown destination.

Penpushing reports that four armed men quietly approached the victim at a petrol station along Ijan/Ado Road at about 8.30 p.m. on Sunday and subsequently drove him away, while destination taken to remain unknown as at the time of filing this report.

“Upon receipt of the information, the DPO led his team to the scene but the abductors had already gone. Meanwhile, the Command has deployed a Special Team of Policemen to be assisted by the Amotekun Corp, the Local Hunters and the Vigilantes to comb the bush for possible tracking of the suspects and the release of the victims’,he said.

“The Ekiti State Commissioner of Police, CP Tunde Mobayo, while calling for calm, assures the good people of Ekiti State that the Police will do its best to ensure the rescue of the victims and the tracking of the abductors.”

Penpushing further reports that, the statement said,the commissioner advised residents to be wary of strange and suspicious faces around their domains and implored everyone with useful information to contact the nearest police station. 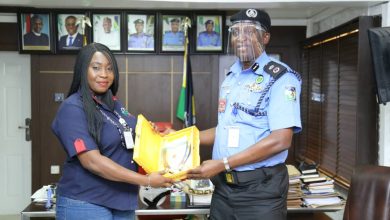