A Federal High Court sitting in Abuja, the Federal Capital Territory(FCT) on Tuesday rejected a suit by the national headquarters of the Peoples Democratic Party (PDP) challenging the powers of the Ogun State chapter of the party to conduct party congresses in the state.

Penpushing reports that, Justice Ahmed Mohammed in a judgment, in the suit marked: FHC/ABJ/CS/208/2020,  held that the case amounted to an invitation to his court to sit on appeal over a question already determined by another judge of the same Federal High Court.

The judge declined jurisdiction over the case, and held that the subsisting judgment was delivered on June 24, 2016 by Justice I. N. Buba in a suit marked: FHC/L/CS/636/2016 has resolved the issue on whether or not the Ogun State Peoples Democratic Party(PDP) executive  could conduct congresses in the state.

Penpushing further reports that, Mohammed pointed out  that the 2016 suit was filed in the Lagos division of the court by Chief Adebayo Dayo as Ogun State Chairman and on behalf of the state party executive, held that parties in both the old and the new cases are the same. 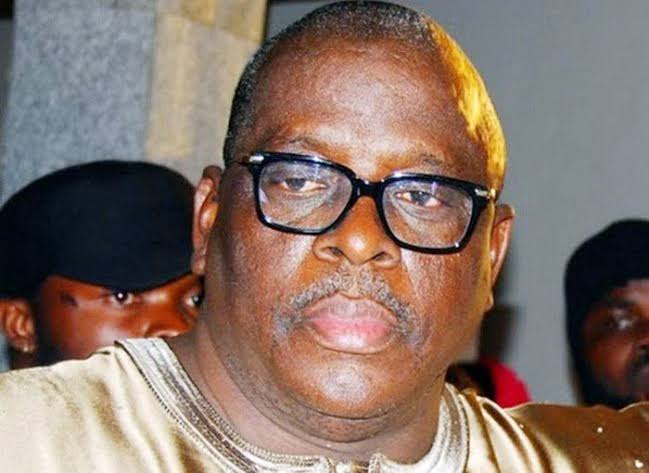 The judge  proceeded to strike out the new suit, while it is recalled that, the national headquarters of the party had, in the latest suit, prayed the court to among others, hold that by virtue of the party’s amended constitution of 2017, the 2020 party guidelines for the conduct of congresses, the 1999 Constitution and the Electoral Act, it is the exclusive function of the National Working Committee of the party  to appoint congress committee members for the purpose of conducting elections into the party’s executive offices from the ward level to the national level.

The Bamgbose-led state executive, which succeeded the Dayo-led administration  whose tenure ended on the 9th of May, 2020, is supported by Senator Buruji Kashamu whereas Hon Ladi Adebutu leads the other group believed to be favoured by the national leadership of the party.

Penpushing reports that, the judge  in the judgment  held that “it is not in doubt that the court (the Lagos division of the court) was called upon to determine whether the plaintiff therein (Engr. Dayo), who is the first defendant herein, and the Ogun State’ Executive Committee have the power to conduct Ward, local government and state congresses of the plaintiff in Ogun State.”

The judge further held that the main question determined in the 2016 case has rendered this case (FHC/ABJ/CS/208/2020) incompetent, and  in holding that parties are the same in both cases, noted that the plaintiff in the earlier suit, who is the first defendant in this suit, sued for himself and on behalf of the Ogun State executive of the party.

Penpushing further reports the judge  noted that the national body of the party was the second defendant in the case decided in 2016 and that in the instant case, the national headquarters  also sued members of the Ogun State Executive.

The judge declared that the parties in the instant case, having been part of the 2016 case, are bound by the decision in the earlier case, stressing “the finding of this court that the issue in contention herein has been successfully and adequately put to rest by my learned brother, I. N. Buba in suit FHC/L/CS/636/2016.

“In consequence thereof, I find this suit as an invitation on this court to examine or review the decision of my leaned brother, I. N. Buba in suit number 636/2016, which invitation I will not accede to. I am not competent to do that. The plaintiff and all the defendants are bound by the decision in suit: FHC/L/CS/636/2016.”

Penpushing also reports that, Mohammed  faulted the argument by Chris Uche (SAN), for the plaintiff, to the effect that the judgment in FHC/L/CS/636/2016 is not a judgment on the merit because the defendant’s lawyer in that case conceded to the plaintiff’s claims.

The judge posited said there cannot be a better judgment on the merit than that in which the counsel to the defendant appeared in court and conceded to the clams of the plaintiff.

Penpushing reports that, he  noted that, from a copy of the 2016 judgment tendered in court, it was noted that O. O. Fakunle (SAN) appeared for the second defendant in that suit (PDP) and told the court that he was conceding to the plaintiff’s claims. 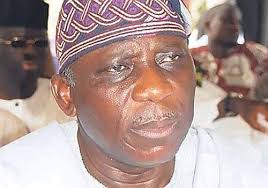 The judge stated that, although there are decisions of appellate courts on which body, between state and national executives of a political party has the power to organise and conduct state congresses, he cannot apply such authorities because of the peculiarity of this case.

The judge observed  that if he should proceed to hold that it is the national executive of the party that has the power to organise and conduct state congresses, he would have sat on appeal over the decision by Justice Buba, who has the same jurisdiction as his, adding that such a development will create a situation where there would be two separate decisions on the same issues by two judges of the same court.

Penpushing reports that, Mohammed said the option opened to the plaintiff is to apply to the Court of Appeal to set aside the decision by Justice Buba in the face of the decisions of the appellate courts on the issue.

“It is the decision of this court that this suit is caught up by the doctrine of issue estoppel. I also hold that this court has no jurisdiction to hear this suit. It is hereby struck out for being incompetent,” he said.