Penpushing reports that, the National Association of Nigerian students (NANS) led by National Taskforce on #EndASUUStrikeNow, Comrade Ojo Raymond Olumide made the declaration at a press conference held on Wednesday in Abeokuta, Ogun State Capital

The chairman, at the press conference held at Iwe-Iroyin Press Centre, lamented that students have lost a complete academic session due to the lingering strike occasioned by the adamant posture of the Nigerian government. 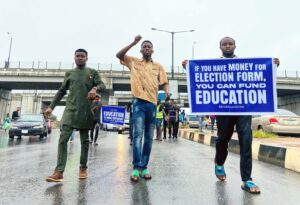 “We have lost a complete academic session we also have those that have lost their lives or involve in one casualty or the other due to the protracted ASUU strike. To us, the ASUU strike is germane and the only way to save public higher institutions across the nation from total collapse is to properly invest in the educational sector”, he said.

“As we promise them that we will not allow any political campaign to hold across the country until we are back to class. This government has pushed so many Nigerians Students into depression. We say enough is enough; we can no longer bear the brunt from this avoidable crisis in our nation public ivory towers again’,Olumide emphasised.

“Public Universities have been shut down in the last seven months is not only disheartening, it connotes a clear demonstration that public tertiary education in this country is treated with utmost disregard’, the students lamented.

“This is particularly disturbing because those who bear the brunt of these frequent crises are not privileged to seek alternatives. Yet, it is such irresponsibility, particularly, on the part of the Federal Government that has shoehorned the citadels of learning into theatres of despair, and a reason for all stakeholders to be worried’, he added.

“We condemn the Federal Government of Nigeria for not prioritizing the concerns of ASUU after having extensive meeting with its leadership, with the view of bringing an end to the protracted industrial action. We appeal to our lecturers to intensify the campaign for proper funding of the educational sector and not limit the agitation to the welfare of their members alone’, the students stated. 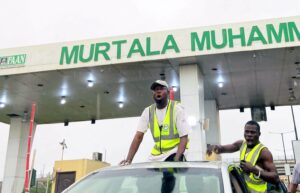 “The leadership of NANS demand a better deal for education of Nigerian masses because most of the children of the privileged few now study either in overseas or in Private Universities established with our common wealth across the country by the same set of people we entrusted to govern us. This is more reason they will continue to turn deaf ears to the demand by ASUU for improve standard and condition of learning in our public higher institution”, he added.

Penpushing further reports that Olumide posited that the leadership of the students’ body will continue to ground all the nation public assets, and called on those misconstruing their struggle to see reason with them and join them in the struggle to save public education in the country.

The chairman was accompanied by other officers which include  Akinteye Babatunde,  Giwa Yisa Temitope,  Ekundina Elvis, Olatunji Emmanuel  chairmen of the Joint campus Committee( JCC)  of Oyo, Osun, Ogun, Lagos and Ondo states. 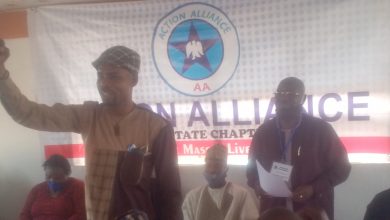 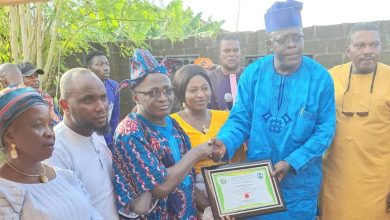