The protest by some youths and commercial motorcyclists popularly called Okada riders against operations of Special Anti-Robbery Squad (SARS) in Ughelli, Delta State has claimed life of a policeman.

Penpushing reports that, the youth claimed they were protesting against intimidation, harassment and extortion by operatives of the Special Anti-Robbery Squad (SARS) and other police officers in the area.

The protest, it was learnt which had earlier being peaceful turned sour and violent when the protesters stormed the Police Area Command, Ughelli, at Otovwodo area of the city leading to the killing of a police officer identified as Corporal Etaga Stanley .

Penpushing further reports that, the youth, began their protest from Ekiugbo section of the Ughelli city, drove in a long convoy through the Ughelli Market, Ughelli Area Command, Isoko Road and other adjoining streets before fight broke out at Otovwodo Junction.

The protesting youth alongside some, Okada riders were calling to an end to the operations of men of the Special Anti-Robbery Squad (SARS), lamenting police harassment and extortion, and, this caused heavy vehicular traffic on the busy Ughelli-Patani section of East-West Road and the major roads in the town.

“SARS should comply with the IGP’s prohibition and stop harassing people. After the IGP made the pronouncement, SARS and police officers are still mounting road blocks and harassing people in Ughelli. We want an end to SARS,” a protester said.

Penpushing also reports that, the Force Public Relations Officer, Frank Mba confirmed the killing of the policeman by the protesters, adding that the deceased riffle and ammunition were stolen by the bandits

The statement described the violent attack on the policemen (Stanley) that led to his death as unprovoked, adding that the force leadership condemned the development, which also resulted in damage to police operational vehicles.

“The incident which resulted in the unfortunate death of one Police officer, Corporal Etaga Stanley attached to ‘A’ Division, Ughelli, Delta State who was attacked and brutally murdered by the protesters also left another, Sergeant Patrick Okuone with serious body injury sustained from gunshot by the protesters,” he said.

“The protesters also carted away one (1) service AK47 rifle with breach no 56-2609008 and 25 rounds of live ammunition that was with the deceased at the time of the incident.

“The IGP, who described the incident as cruel and unwarranted, has warned that the Force will no longer tolerate any attack on its personnel or any member of the law enforcement community by any individual or group protesting under any guise’.

“The IGP notes that protest by citizens remain a legitimate means for airing their concerns and views. It must however be carried out with all sense of responsibility and within the confines of the law.

“The IGP, while condoling the family and friends of the late Corporal Etaga Stanley who paid the supreme price in the service of our dear nation, equally commended the officers of the Delta State Police Command for exercising restraint in the face of the immoral and unjustified provocation.”

Penpushing reports that, Mba said the Inspector General of Police  has directed the Commissioner of Police, Delta State, to carry out an investigation into the unfortunate incident, root out the perpetrators and bring the killer protesters to book.

Meanwhile, it is recalled that, the Inspector-General of Police, Adamu Muhammed had recently banned Special Anti-Robbery Squad (SARS) and special units of the Force from patrols and mounting road blocks. 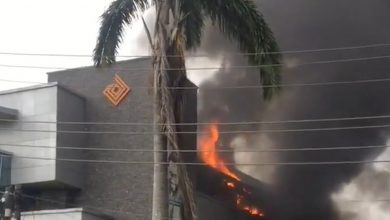 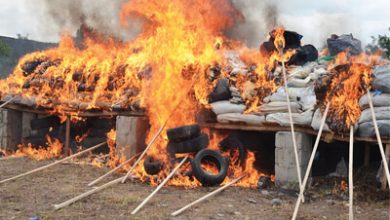 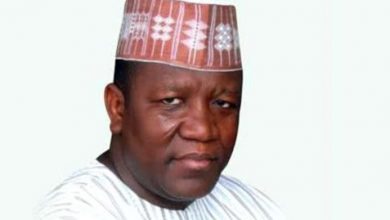