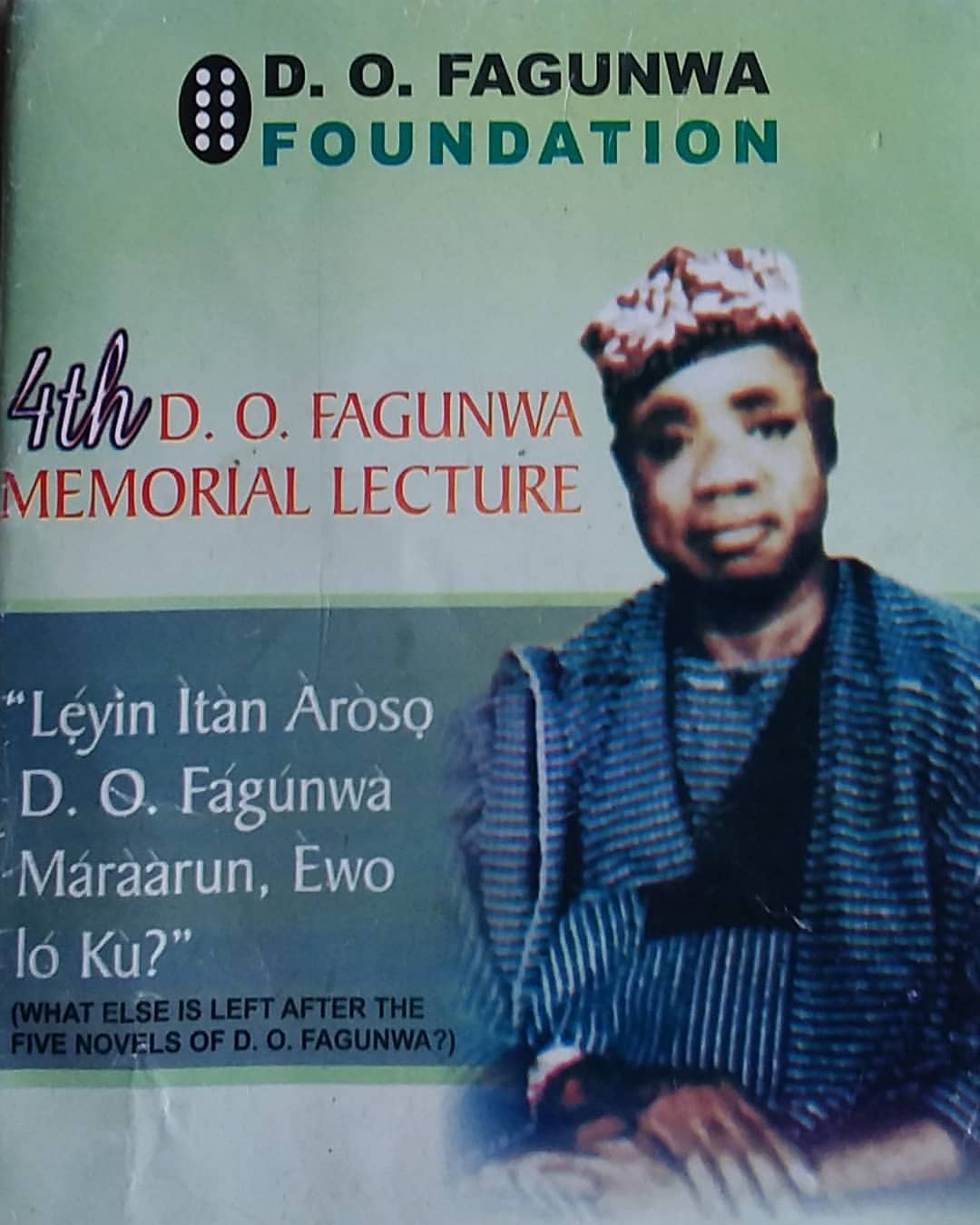 In 1938, entering a literary contest of the Nigerian Education Ministry, Fagunwa wrote his Ògbójú Ọdẹ nínú Igbó Irúnmalẹ̀, widely considered the first novel written in the Yoruba language and one of the first to be written in any African language. Wole Soyinka translated the book into English in 1968 as The Forest of A Thousand Demons, first published by Random House and again by City Lights in September 2013 (ISBN 9780872866300). Fagunwa’s later works include Igbo Olodumare (The Forest of God, 1949), Ireke Onibudo (1949), Irinkerindo ninu Igbo Elegbeje (Expedition to the Mount of Thought, 1954), and Adiitu Olodumare (1961).[1]

Fagunwa’s novels draw heavily on folktale traditions and idioms, including many supernatural elements. His heroes are usually Yoruba hunters, who interact with kings, sages, and even gods in their quests. Thematically, his novels also explore the divide between the Christian beliefs of Africa’s colonizers and the continent’s traditional religions. Fagunwa remains the most widely read Yorùbá-language author, and a major influence on such contemporary writers as Amos Tutuola.[2][3]

Fagunwa Memorial High School and Fagunwa Grammar School in Oke-Igbo, Nigeria, are named for Fagunwa. His daughter, Yejide Ogundipe, serves as a council chairperson for Ile Oluji/Okeigbo. Fagunwa day (formerly known as Fagunwa night) is an annual event aimed at reading and promoting his five books. Fagunwa day was initiated in his honour by the Society of Young Nigerian Writers in conjunction with Fagunwa Literary Society and Egbe Odo Onkowe Ede Yoruba.

His son, Diipo Fagunwa also write the below tribute in his memory

ORÒÓWỌLÉ JÀÁNÍÌNI – THE MASTER STORYTELLER: Today I am reminded of Oròówọlé Jàáníìni Fágúnwà who died 56 years ago.  He was known to many as Daniel Ọlọ́runfẹ́mi Fágúnwà.  D O Fagunwa was a wizard of tales and maestro of the storytelling art.  Ọlọ́runfẹ́mi Fágúnwà was a master of Yoruba folklore, adept in the ways and practices of his people.

He wrote stories that were narratives of sojourns to unfathomable world fecund with sagacity. He knew about Igbó Irúnmalẹ́ and was vivid about Òkè-e Láńgbòdó and the Akọni Méje. Fágúnwà knew Bàbá Onírùngbọ̀n yẹ̀úkẹ the Man with the Monstrous beards that lived between the world and was a friend of Àkàrà Ògùn the valiant hunter that hunted in Igbó Irúnmalẹ̀. Jàáníìni described Àràmààṅdà Ọkùnrin the strange man who felt cold and would shiver when the weather was hot; this man would sweat when the weather was cold.

Jàáníìni was a master of words. When he toasted you, you were toasted (ask my mum); if he doted on any woman on paper you would believe he was there when Solomon wrote his love songs in the Bible. Olorunfemi preached love like he was in another realm. His stories extolled love as a virtue so much that a woman who recited the love letter Iyùnadé wrote to Àdììtú Olódùmarè to her boyfriend was given a car by her lover-man while there was the testimony of the man who read the vows of Ìrìnkèrindò to Ìfẹ́pàtàkì in his fidau reception and his father-in-law offered him three more brides to fulfill his religious obligation of four wives.. Oròówọlé described Ìfẹ́pàtàkì’s beauty, there was no doubt this lady was out of this world and when a gentleman read how he presented Ìfẹ́pàdé in Ìrèké Oníbùdó, the man changed his name to Ìrèké Oníbùdó so that the lady of his heart would believe he was sweet. If Fágúnwà were alive and he chased the same woman with you, you had better chased him with a cutlass before he does irreparable damage. Oròówọlé would mesmerize any goddess of beauty with his pen

Fágúnwà stories were strong about Yoruba myths and beliefs. They were ethereal, they made you think Fágúnwà was a spirit. Fágúnwà wrote about witches those who were witches and reading his scripts blinked their eyes. He told tales about how hunters used Egbé to disappear and fly home from danger, neighborhood hunters invited him to their Ìjálá for two weeks. D O Fágúnwà described Omi-Lójú-Egbére the tearful mat-carrying imp who could make anyone rich in seconds and everyone started praying to meet the imp on deserted roads to the farms. Jàáníìni told stories of how the heavenlies lived and took his readers on rides to places where the holies stay.  His stories visited Èṣù at the ‘T’-junction of intersecting roads where the gods passed. He described the crossroads that led to the house of Ikú many thought he was Ikú’s friend and abandoned his house for days; he mapped out well the road to the abode of Àrùn, Iku’s wife a village closed its market for months. When Fágúnwà said he saw Ọ̀run Àpáàdì no family member spoke to him for a year and his wife nearly ran away from home.

Fágúnwà narrated folktales of fights among deities you would think he was their referee. He described Èṣù Kékeré Òde and how the evil imp fought Olówó Ayé you were scared. He described the battle at Igbó Elégbèje between humans and imps, many imagined he watched it and those who heard his narrative about how Kùmọ́dìran died were sorry. Our Master–storyteller knew Àgbákò well and when he recounted how he followed sojourners going to Òkè Ìrònú to Odò Ẹ̀jẹ̀ where Ayédèrú met his demise the pastor preached a sermon of the judgment day in his church. Whenever I remember that I read  Ìgbàgbọ́ Ońjẹ  I was hungry while his story of Àrọ̀gìdìgba brought rumor to the neighborhood that Fágúnwà was carousing with a spirit;  He was so vivid about this mermaid I warned my mother I have a feeling that my father was cheating with a mammy-water on the sea.

I miss the Fágúnwà days of reading his serials on the radio. Jàáníìni dominated his stories like an ogre with his prey. His stories pulverized listeners on radio stations in Western Nigeria then into an astonishing reality that only they could fathom. Then you watched the old and the young listened whilst the radio blared under the silvery moonlight as God ministered tradition and knowledge to His people through this indigenous sage. In the villages people sat on mats, adults stood, some crouched, many sat on blocks and others sat on stones to listen to the village rediffusion.

They listened, everyone listened; children listened with mouth hanging open; young adults had ears unlatched with titillating astonishment; adults concentrated as if the end of the world would come if they missed a word and the old nodded at beautiful handovers of virtuous legacy that the world needed through storytelling while Daniel Olorunfemi Fágúnwà reeled out his good stories as if he was offering the synoptic gospels and taught morals as if he was St Paul writing the Epistles. He was an incorrigible moralist.

His stories were infested with morals they should have been called Gospel according to St Fágúnwà and made the last Chapter of the Bible. His narratives were angry with selfishness you will go into the market to eat with the hungry rather than eat alone. They were wicked about wickedness you would be afraid to hit even yourself not to talk of killing a fly. People listened to his stories as if they were in the church with an exalted preacher delivering a worthy sermon. While Oròówọlé read stories about his travels to the world of imagination. He narrated and narrated. His tales swept you off with his sojourns. You listened and listened and learnt virtuous lessons.

Fágúnwà would narrate the story of Mọ́gàjí Ẹnúdùnjuyọ̀ about Kòtẹ́mílọ́rùn and the heavens would open and God would send rain to acknowledge Oròówọlé’s teaching and tell His people to listen to him. Fágúnwà would on judgment day be asked to tell stories of goodness and care to today’s evil men of fraud and yahoo and at the end of his stories God shall ask the question ” kíni ìtàn náà kọ́ wa?” before they are sent to hell or purgatory if there is any. And if there are none of these afterlife places, D O Fágúnwà’s stories left honest memories of life and virtuous lessons from a worthy writer. God bless him wherever he is. He was a teacher of many and great mentor in indigenous moral directions.

Today is his fifty-sixth-year memorial and a day to thank all that wished and did us well. We his children relish those moments he was with us. He was a joy to behold. But now we bless God that he has his wife and Ṣayọ̀adé with him. Oròówọlé Jàáníìni and Àpèkẹ́ should enjoy where they are whilst their souls continue to rest in the bosom of the Lord as the world say 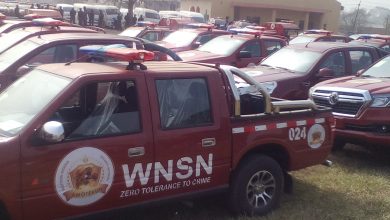 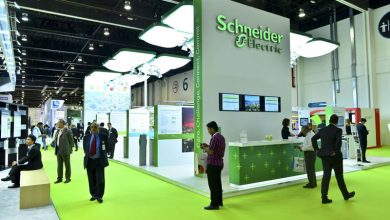