The Ogun State Police Command has issued a notice of warning to protesters calling for end to the Special Anti-Robbery Squad (SARS), to thread with caution, declaring that anybody caught engaging in violence will be dealt with in accordance with the law.

Penpushing reports that, the Command made this clear in a statement issued by its Public Relations Officer, Abimbola , stressing that the authorities had noticed with serious concerns the dimensions at which the protest by some youth  is taking.

The statement said it recalled that  in the wake of the crisis which started some days ago, the command had a fruitful discussion with some youth across the state appealing to them to be peaceful in their conduct because of the past experience that peaceful protest is always hijacked by hoodlums to perpetrate all shot of evils. 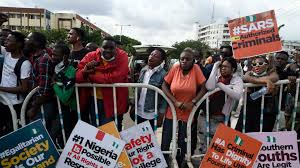 ‘As predicted, the so called peaceful protest has turned violent in some parts of the state leading to destruction and looting of two police Post in Ijebu Ode today 9th of October 2020’, Oyeyemi stated.

‘To this end, the command is hereby appealing ones again to parents, community leaders and other stakeholders to call their wards to order as further violent attack on policemen will no longer be tolerated’.

‘It should be noted that the incident that led to this recent crisis did not happened in Ogun State and the police high Command has taken an appropriate steps to curb a  reoccurrence of such now or in future’ .

Penpushing further reports that, the command emphasized that the attack on its men and police facilities is unwarranted and uncalled for, and warned that it should be stopped henceforth, to avoid running against the rules

‘Therefore, the attack on policemen and police facilities is unwarranted and uncalled for and it should be stopped forthwith. The command will hold the leaders of any protest that led to violent attack and wanton destruction of property responsible and such person will be made to feel the weight of the law’, the statement declared 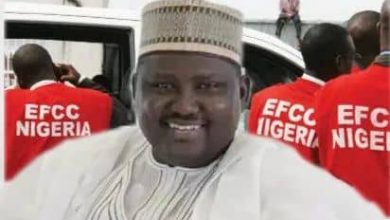 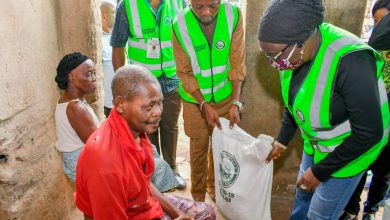