Penpushing reports that, the Command Public Relations Officer Abimbola Oyeyemi made this known on Wednesday, adding that the lady victim who runs a provision store and a beer parlor was abducted by a six-man kidnapping gang in Ijoun, in Yewa North local government on the 21st of August 2020 when she closed from her shop and going home. 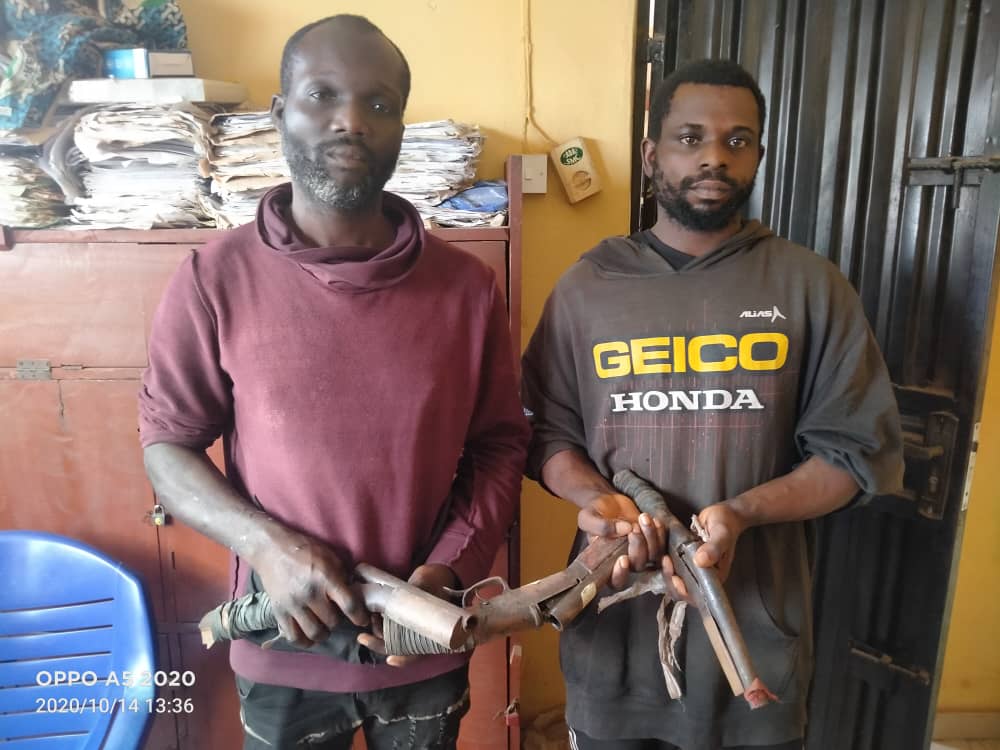 Penpushing further reports that, he  said distress call was made to the police, consequent upon which the Divisional Police Officer Egua Division, Csp Kalejaiye Olarenwaju led his men to the scene and with the collaboration of members of the community, and were able to rescue the victim and apprehended one member of the gang identifiedJimoh Fayemi a native of Omu-Odo in Ekiti State.

“Upon his arrest, the Commissioner of police,  Edward Ajogun directed that the suspect be transferred to the Anti-kidnapping section with a clear mandate that the rest members of the gang must be hunted for and brought to book. The team embarked on a technical and intelligence based investigation which led to the arrest of another member of the gang in Ekiti State by name James Arowolo a 47 year old native of Obo-Ayegunle in Kwara State’, he added.

“On interrogation, the duo confessed to having been contracted by one man simply known as “Ade” and his friend known as ‘Doctor’ who live in the same neighborhood with the victim to come and swindle her of a huge sum of money. But having realized that the woman will not fall into their trap, they decided to kidnap her and demand for ransom. Recovered from them are three single barrel guns, 12live cartridges and face mask’, Oyeyemi said

Meanwhile, the Commissioner of Police, has ordered a massive manhunt for the fleeing members of the gang and the arrested ones to be arraigned before a court of competent jurisdiction.