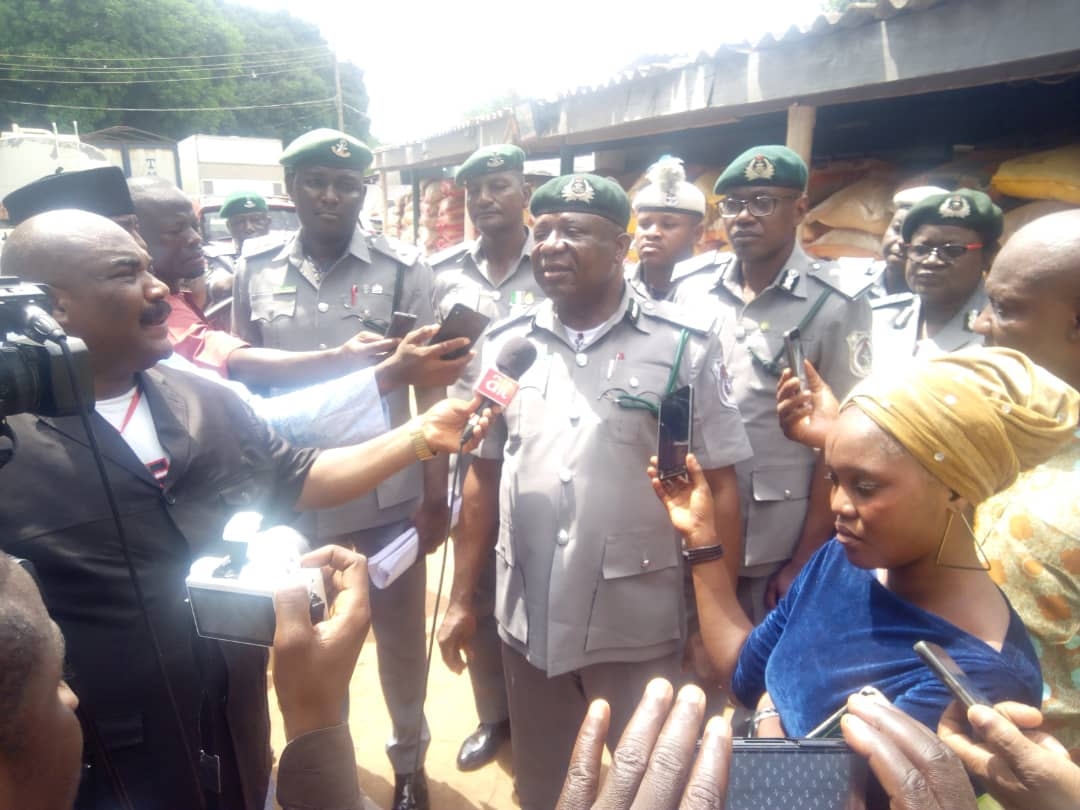 The Controller speaking at Sentry, Idiroko in Ipokia Local Government Area of the State, disclosed that during the period under review, the Command made 226 seizures comprising of the items which include; 83 units of vehicles (37 Tokunbo and 46 means of conveyance), 12,720 bags of foreign rice (50 kg each) and 446 kegs of vegetable oil (25liters each) 4 units of motorcycles

Penpushing further reports that, the seizures also include; 778 pairs, 3 jumbo and 6 sacks of used foot wears, 22 bales and 4 sacks of secondhand clothing, 33 Pcs of handbags ,583 Pcs of used tyres , 550 kegs of PMS (Petrol) of 25 litres each and 143 book size, 21 coconut size and 8 sacks of Cannabis Sativa

The Controller also explained that Total Duty Paid Value of the above items is N438, 951, 226.00,adding that in  the spirit of interagency cooperation, the command intercepted and handed over 1.8 tons (176 sacks, 120 compressed book packs and 21 compressed coconut packs of cannabis sativa (Indian Hemp) to National Drug Law Enforcement Agency(NDLEA).

Penpushing also reports that, the said items were seized by officers and men of the Command at different locations along the border areas in the State, recalling that the above activities were raveled with series of clashes between officers of the Command and some dare devil smugglers/accomplices.

The Area Controller said, this led to loss of lives and properties, pointing out that, It is pertinent to reiterate the fact that while the service will continue to dialogue, engage, sensitize and educate the public on social/economic implication of smuggling, the command ‘ will not relinquish our statutory functions of enforcing compliance with strict adherence to rules of engagement’.

He added, ’the suspects have been arraigned before the Federal High Court Abeokuta and are currently on remand in prison for obstruction of officers while on duty armed with dangerous weapons in contravention of Section 11 of CEMA CAP 45 LFN 2004 as amended’.

‘ Also, the smuggler who mobilized Okada riders to attack officers and even vandalized our sign post at Quarry Road, Abeokuta on Saturday 23rd March, 2019 has been apprehended and is presently undergoing interrogation prior to arraignment in court’.

‘Finally, I wish to commend the synergy we are receiving from sister agencies, opinion leaders, head of traditional institutions, eminent personalities and other law abiding members of the public. We will continue to count on your support in protecting the economic and social well-being of our dear nation’.

SENATOR ADEOLA COMMISERATES WITH OBADARA ON DEATH OF HIS WIFE 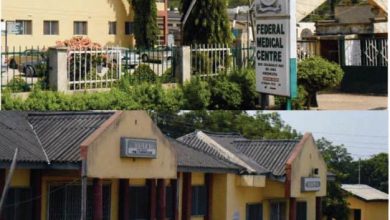