The Founder, Olusegun Okanlawon Foundation (OOF) Engr. David Olusegun Okanlawon has called on all the Ibarapa indigenes across the globe to join hands to build Ibarapa of their dream, saying that it is only with peace and unity the zone can move forward.

Penpushing reports that Okanlawon, who hails from Idere town of Ibarapa zone in Oyo State made this call during the week at the Grand Finale of Sport Activities, Sensitization of 120 UTME Scholarship Awards Program across Ibarapa zone, and Ibarapa festive dinner, held at Femadex Hotel, Idere, Oyo State.

The philanthropist noted that it is only when Ibarapa sons and daughter come out in unity and speaks with one voice that development can come to the land, adding that divisibility will not make Ibarapa zone to progress and compete with other region in the State.

“Let us join hands to build Ibarapa of our dream, we are one, let us rise up, dedicated, committed, focus and resilient to build Ibarapa we want. In this zone, we need good healthcare delivery system, good road network, all round development, adequate security, tourist attraction, business opportunity for the youth, standard stadium, education development, and agro processing and industrial development to mention few”, he said

Penpushing further reports that Okanlawon while speaking on the aim of the foundation said it was established in 2018 to alleviate the suffering of the masses particularly in Ibarapa region of the State, saying that a lot of people has benefited immensely from the gesture.

“Over four million naira has been invested in the zone for this year alone, nothing less than 150 beneficiaries will also benefited from payment of their Universal Tertiary Matriculation Examination (UTME) in year 2020 because my joy is to see Ibarapa moving forward and competing with other zones in the state.”

Penpushing also reports that, Prof Ayo Ojebode of the Department of Language and Communication Art of the University of Ibadan while sensitizing the 120 UTME scholarship beneficiaries said that there is a need for intending students of higher institutions to match their interest and passion with their qualifications and interest so that they will not become frustrated applicants

The Professor while speaking with the beneficiaries noted that some students’ choses courses they didn’t scored well during their admission, while some have a very high score but have wrong subject combination, adding that there is a need to advise the students properly from the beginning so as to avoid mistake.

Penpushing reports that, Ojebode commended the initiator of the program for his good gesture towards the betterments of the Ibarapa zones, saying that people should not wait until they become a multi-millionaire before they give back to the society.

The beneficiaries of the programme were fool of appreciation, and one of them , Fagbemi Elijah while speaking with journalists at the event said that the scholarship program has helped students of the Ibarapa zone a lot, adding that that before the intervention of the  foundation, many students who wishes  to go to higher institutions could not do so because of financial problem.

Meanwhile, dignitaries at the event include;  Commissioner for Youth and Sports in Oyo State, Seun Fakorede, all the seven Ibarapa traditional rulers, foundation members, prominent Ibarapa sons and daughters, and well-wishers among others. 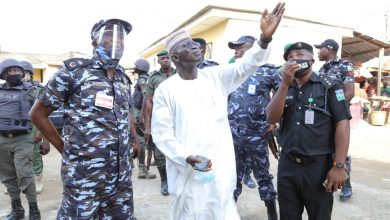 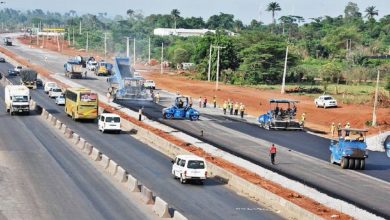 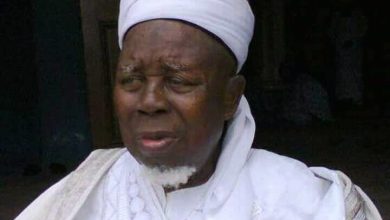 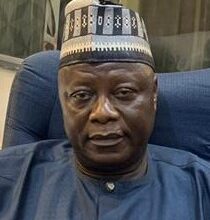