The Institute of Human Virology Nigeria (IHVN) has disclosed that Lagos State is the epicentre of Tuberculosis in the country, with over 300,000 cases left undiagnosed nationwide every year.

The Director said the disease caused by bacterium mycobacterium tuberculosis. often affects the lungs, pointed out that a positive index Tuberculosis patient infects 15 people annually and it is spread from person to person through the air

‘It is spread from person to person through the air. When people with TB cough, sneeze or spit, they propel the TB germs into the air. A person needs to inhale only a few of these germs to become infected’.

Penpushing further reports statistics in Nigeria shows that the country remains one of the 30 countries globally with the highest burden of the disease, while it also ranks first in Africa in the number of undetected cases.

The Director pointed out that  population density, landscape and other factors were responsible for Lagos State highest number of tuberculosis rate,adding that tuberculosis burden in the country especially with missing cases requires the deployment of innovative strategies to identify and place people on treatment.

“So this boils down to the fact that we still have over 300,000 TB cases annually that are yet to be diagnosed “If you do the geometric progression of that, knowing the number of people that will be infected annually by undiagnosed TB cases, which truly if you look at it critically, is an emergency.” 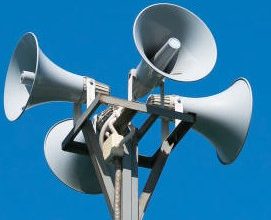