A survivor of the petrol tanker fire incident along Presidential boulevard in Abeokuta, Ogun State Capital, Adetola Ayoade said her narrow escape from death, after the truck rammed on her car, which was damaged beyond repair and killed three person was a miracle to her.

Penpushing reports that, the civil servant who was going to the office, with two other colleagues in her car, when the petrol carrying truck from opposite direction suddenly left its lane, and a twinkle crossed to the other lane.

The lady said, all what she could remember was that, the truck, which the driver lost its control suddenly swerved to the lane she was driving and rammed on her Lexus  Jeep car, which had two other  occupants, and thereafter caught fire and burnt five other vehicles behind her.

‘The truck was coming from the overhead bridge, and suddenly lost control and was heading towards my direction, before I could know it, it crossed to my lane, crashed my car beyond repair, and moved forward, and what next we heard was explosion, which caught five other vehicles and motorcycles behind me’ Penpushing further reports that, the lady who was full of praises to God, said the impact of the truck, shut door against her, adding that she had to hurriedly escape through the other side of the door, alongside other occupants.

‘The door on my side was shut against me, following the impact of the truck crash on my car. How I escaped still remain miracle to me, because I just can’t explained, infact I escaped through the other side of the door, alongside other two occupants’, she stated

Penpushing further reports that, three persons were confirmed dead, some injured while five vehicles and two motorcycles burnt beyond recognition in the crash which occurred at about 8.15 am

The eyewitnesses, explained that the tanker was coming from the Kuto flyover bridge when the driver experienced brake failure while descending from the bridge, lost control and fell, thereby spilling its content on the road. “The cause of the accident is still under investigation , we have to conduct thorough investigation , but it was an accident involving tanker loaded with Premium Motor Spirit (PMS) which fell and caught fire which affected other vehicles. Our men are still there with fire service to contain the fire and further spread of the fire,” he said.

Penpushing reports that, Commissioner for Special Duties, Femi Ogunbanwo who was at the scene of the incident, said the state government would wait for report from necessary agencies before appropriate response.

“The governor is aware of the incident. We cannot attribute the accident to anything, we wait from appropriate agencies, “Ogunbanwo who also confirmed that some of the victims had been taken to hospital for treatment said. 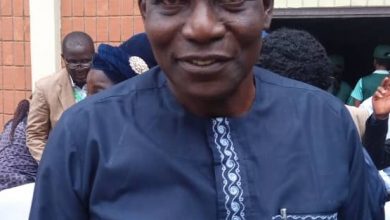 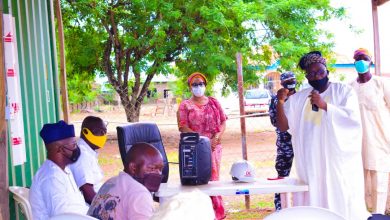 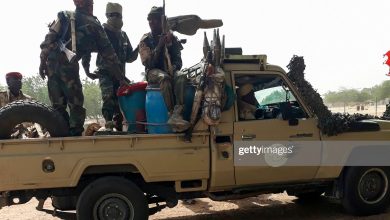