The Governor of Jigawa State, Muhammad Badaru, has assented to a bill stipulating stiffer punishment for rapists, while the law is expected to be gazetted soon, and the new Violence Against Persons Prohibition Law stipulates death penalty for rape convicts who infect their victims with HIV/AIDS.

Penpushing reports that the Governor while assenting to the bill, on Wednesday, commended the state’s Attorney General and Commissioner for Justice, Musa Aliyu, and the state’s Council of Ulamas for their collaboration leading to the passage of the bill.

The law also stipulates that the Sharia law will take precedence if any matter in the new law contradicts Islamic teachings, while the Governor in his explanation said he assented to the bill after consultation with the Council of Ulamas.

Penpushing further reports that, the Governor disclosed that the Ulamas assured him that no section of the law is in conflict with Islam and the culture of the people of  the State, and the new law also stipulates that rape victim(s) would be compensated with not less than N500,000, while the court would order rape offenders “to be subjected to public shame through radio announcements”

The new law emphasised that the use of chemical, biological or any harmful substance that causes lifetime deformity to a rape victim will attract life imprisonment without an option of fine, and also seeks to offer “higher protection to the vulnerable in the society

Penpushing also reports that, the bill was unanimously passed by the 30 members of the House of Assembly representing the 27 council areas of the state.

Meanwhile, Chairman, Jigawa Council of Ulamas, Bashir-Ahmad, in his remarks said the new law “was scrutinised and vetted by the religious body to ensure its conformity with Islam”, and commended the Governor for his trust in the council “that made him to task the members to work on the new law before his final assent”. 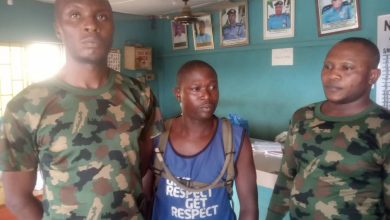