The families of the victims of the bandits attack in Yelwa Zangam, Jos North Local Government Area of Plateau state have taken the corpses to the government house and the State House of Assembly, in protest over the sad incident

Penpushing reports that, suspected herdsmen launched attack on the community, killing about 35 people, a development which threw Jos into confusion and serious traffic gridlock in the city as many people fled to their houses for safety.

The mourners cried to the Assembly and urged the lawmakers to liaise with other arms of government to tackle the menace, stressing that residents are now living with fear and having sleepless nights

Penpushing further reports that the Speaker of the Assembly, Rt Hon Ayuba Abok while responding, condoled with the families of the victims and appealed to them not to take laws into their hands, saying such an act would only aggravate the already bad situation.

“We are all affected by what is happening in Plateau, but please, calm down as the government is doing everything possible to end the killings. We are your representatives, we are going to follow up with relevant authorities to ensure that peace returns to the state,” he said.

The Governor pointed out that reports of skirmishes and rumours had made people close their shops or abandon their workplaces, explaining that the curfew was a proactive decision taken to prevent the breakdown of law and order.

Penpushing reports that, he sympathised with the victims of the attack and urged residents to cooperate with the government, adding that the security agencies had been instructed to enforce the curfew.

The governor urged them to show restraint and not allow hooligans take advantage of the unfortunate situation to cause mayhem in the state, emphasizing that 6 p.m. to 6 a.m. curfew already in place in Jos South and Bassa local government areas will continue till further notice. 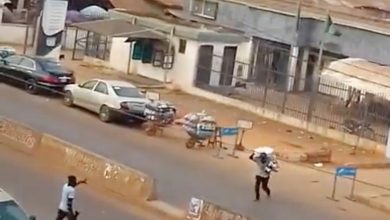 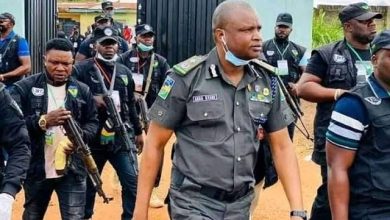