The management of C2Q Property and Investment Limited, Abuja, has come in defence of Ogun State Commissioner for Housing, Jagunmolu Akande Omoniyi, accused of owing debt of N30million following business transaction between the company and Cafon Builders, a cooperative society.

Penpushing reports Secretary of C2Q Property and Investment Limited, Barrister Umar Haruna in response to the petition written to Governor Dapo Abiodun against the commissioner, declared that contrary to Cafon Builders claim, the commissioner had ceased to be a Director of the company following his appointment as Commissioner in Ogun State since 2019 in line with extant laws and Code of Conduct of Federal Republic of Nigeria.

The company scribe said the petition against the former Director of the company was frivolous, malicious and cheap blackmail to dent character of Jagunmolu, stressing that the action of Cafon Builders was unethical

Penpushing further reports that Haruna, in a statement, emphasized that it was unethical for Cafon Builders to direct its petition to the Ogun State Governor, when the company that had transaction with it is a legal entity.

‘Jagunmolu Akande Omoniyi, the target of blackmail, had ceased to be a director of company following his appointment as Commissioner of Housing in Ogun State since 2019 in line with extant laws and Code of Conduct of Federal Republic of Nigeria’, Umar stated

“The petition is malicious and cheap blackmail. C2Q Property & Investment Ltd is a legal entity, a separate and distinct personality which can sue and be sued in its own business name. It is separate from any personal individual’, he added.

Penpushing also reports that, the statement acknowledged that Cafon Builders has a judgment of N30million payment against the company, and insisted that the company had kept faith with the payment in line with the company’s financial capabilities. 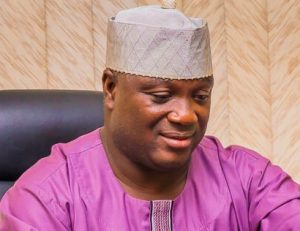 The C2Q Property and Investment Limited scribe explained that the sum of N14 million had been paid till date, with assurance that the company would defray the outstanding debt in due course.

“Whilst it is true that a court judgment was entered in favor of Cafon Builders, it is on record that C2Q Property has been paying the judgment sum. In fact, it has paid ₦14m till date out of the outstanding ₦30m with the intention of liquidating the rest soon’, Haruna stated.

“This is an issue that transpired long before Jagunmolu Akande Omoniyi was appointed as a Commissioner. It did not happen in the course of his official duty/function as a Commissioner”, he explained

Penpushing reports that, Haruna, who said that C2Q Property and Investment Limited had already attached evidence of payment of N14 million to Cafon Builders and forwarded same to its solicitors, wondered why the firm would turn around to frame the Commissioner as the owner of the company and a debtor. 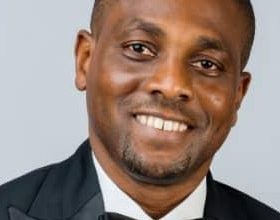 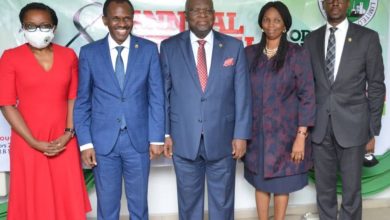