Facebook Twitter LinkedIn Pinterest WhatsApp Telegram Share via Email
The Nigerian Guild of Editors (NGE and the Socio-Economic Rights and Accountability Project (SERAP) have instituted a lawsuit against President Muhammadu Buhari and the National Broadcasting Commission (NBC) over the arbitrary use of the commission act and broadcasting code to threaten, revoke and shut down 53 broadcast stations in the country for failing to renew their licenses.
Penpushing reports that, the two bodies disclosed that Minister of Information and Culture, Alhaji  Lai Mohammed, was joined  as defendant in the suit number FHC/L/CS/1582/2022 filed on Tuesday at the Federal High Court, Lagos State
Penpushing further reports that,the bodies  asked the court to determine whether section 10(a) of the Third Schedule to the National Broadcasting Act used by National Broadcasting (NBC) to threaten, revoke the licenses of 53 broadcast stations and shut them down is not  inconsistent and incompatible with freedom of expression and access to information as contained in the 1999 constitution as amended.

The General Secretary of the Nigeria Guiild of Editors(NGE), Iyobosa Uwugiaren and the Deputy Director, Socio-Economic Rights and Accountability Project (SERAP)
Kolawole Oluwadare,in a statement are also seeking an order of interim injunction restraining them, their agents or privies from revoking the licenses of 53 broadcast stations in the country and shutting their down operations, pending the hearing and determination of the motion on notice filed contemporaneously in this suit.
The two groups in the suit filed by their counsel  Kolawole Oluwadare, argued that, the provisions of the Nigerian Constitution and human rights treaties on freedom of expression indicate that this right can be exercised through any medium,and  also averred,that effectively, these provisions recognize that every individual has the right to an equal opportunity to receive, seek and impart information through any communication medium without discrimination.
‘’The use of NBC Act and the NBC  Code in this case would inadmissibly open the door to arbitrariness and would fundamentally restrict the freedom of expression that is an integral part of the public order protected the Nigerian Constitution and human rights treaties to which Nigeria is a state party’, the groups emphasized
The suit filed on behalf of NGE and SERAP by their lawyer Kolawole Oluwadare, read in part: “The media plays an essential role as a vehicle or instrument for the exercise of freedom of expression and information – in its individual and collective aspects – in a democratic society.”
“Indeed, the media has the task of distributing all variety of information and opinion on matters of general interest. The public has a right to receive and assess this information and opinion independently. Therefore, the existence of a free, independent, vigorous, pluralistic, and diverse media is essential for the proper functioning of a democratic society’.

Penpushing also reports that the groups,noted that the declaration of principles on freedom of expression in Africa adopted by the African Commission on Human and Peoples’ Rights, licensing processes shall seek to promote diversity in broadcasting and that any registration system for the media shall not impose substantive restrictions on the right to freedom of expression.
“Revoking the licenses of 53 broadcast stations and shutting down their operations because they have not renewed their licenses would both seriously undermine the rights of millions of Nigerians to express their thoughts, and their right to seek, receive, and impart information and ideas of all kinds, in any medium they choose”.
“Freedom of expression includes the public’s right to receive, and the right of those who express themselves through a medium of communication, to impart the greatest possible diversity of information and ideas’’, the groups explained.
Penpushing reports that the lawsuit averred further that the right to freedom of expression is based on the right to establish or use a media outlet to exercise freedom of expression and on society’s right to have access to a free, independent, and pluralistic media that allows for the most and most diverse information.
The bodies therefore asked the court for the reliefs which include a declaration that the arbitrary and unilateral action by National Broadcasting Commission(NBC) to threaten and or revoke the licenses of the 53 broadcast stations and to shut down their operations because of the alleged failure to pay their license fees is unnecessary and disproportionate sanction, and therefore contrary to the public interest and the guiding principles of freedom of expression.
*That section 10(a) of the National Broadcasting Act used by NBC to unilaterally revoke the licenses of the broadcast stations and shutdown the stations is a violation of the constitutionally and internationally guaranteed right to fair hearing.
*That section 10(a) of the National Broadcasting Act or any such other laws enabling NBC to unilaterally revoke the licenses of 53 broadcast stations and to shut down the stations is inconsistent and incompatible with the provisions of the Nigerian Constitution 1999 (as amended), and therefore null and void to the extent of its inconsistency and incompatibility.

*That the arbitrary action by NBC to revoke the licenses and shut down the operations of the broadcast stations is directly in conflict with sections 6 and 39(1) of the Nigerian Constitution and human rights treaties to which Nigeria is a state party, and therefore null and void and ultra vires.
*An order nullifying and setting aside the directive by NBC to revoke the licenses of the 53 broadcast stations for being inconsistent and incompatible with freedom of expression, access to information and media freedom.
*An order compelling the President to direct NBC and the Minister to withdraw the revocation orders in compliance with the provisions of section 39 of the Nigerian Constitution, and Article 9 of the African Charter on Human and Peoples’ Rights (Ratification and Enforcement) Act.
*And an order of perpetual injunction restraining President Buhari, NBC, and Muhammed whether jointly or severally or any other authority, person or group of persons from unilaterally revoking the licenses of the 53 broadcast stations and shutting down the stations.
Penpushing further reports that, it is recalled that, National Broadcasting Commission (NBC) had last week revoked the licenses of the 53 broadcast stations and threatened to shut down their operations within 24 hours over alleged N2.6 billion debts, emphasising in a statement last week that  the stations should  pay all outstanding license fees on or before August 23, 2022 or shut down by 12am on August 24.
Meanwhile, as at the time of filing this report, no  date has been fixed for the hearing of the suit. 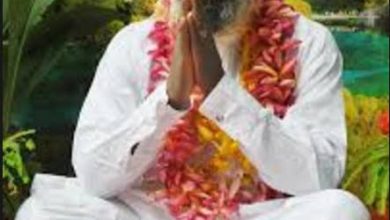 Buhari is not in control of Nigeria’s administration, says Soyinka 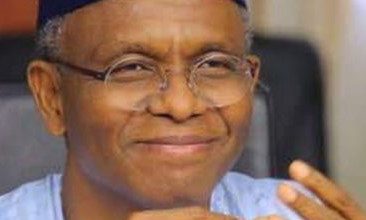