The Arabian legend named the queen as Bilqis and links her to the incense trade which was at the same time a source of great regional power.According to the oral tradition,she returned to Oke-Eri and started pottery making.

She was highly industrious and soon had a lot of young women who came to learn.The clay vessels she made were in high demand all over Yoruba land and beyond.It was in the days when such innovations were rare, When thick leaves where used to serve foods.She was said to have become so rich and had a large number of slaves who under her command built; The Eredo earth work which is said to be larger that the famous great pyramids of Egypt in comparison (Darling 1999).

It was this aspect of the story that propelled a team of scientists from Bournemouth University led by an  Archeologist Dr.Patrick Darling to visit the site . According to Baale of Oke-Eri she had a childless marriage with an Ijebu man named Aleyo.

She became a great traveler visiting different parts of the world during which she probably met King Solomon who later married her(I king10 and II Chronicle 9).Following the marriage Birikusi Sungbo became known as the Queen of Sheba and had a male child for King Solomon,who is said to have started a dynasty rulers in Ethiopia.

The Bible dates the queen’s reign to the 10th Century BC,modern scholars are however not convinced of a link between Judea and an ancient African Queen which led to the emergence of Judaism in Ethiopia.

The Quranic version of the story described her as the African Queen who was a sun worshiper that lived in the Arabian Peninsula and later converted into Islam. Another version of the story told by a nonagenarian as far back as 1999 in person of Chief Abraham Gbesan, the custodian of the shrine, who claims to be a descendant of the mystic woman

He states that the way man was actually born in Oke-Eri , and that she left the village for an Arab country when she was still young. On her return after so many years, she had become so wealthy such that can rival the wealth of King Solomon of the Biblical days and was proposed to by the King. She was said to have married King Solomon on the condition that she would return to her place of birth at her old age. This at old age she returned, died and was buried at Oke-Eri , without some mystery

OUTSTANDING NATIONAL VALUE OF THE SITE

Bilikisu Sungbo was buried in a very thick forest and the spot where her body was washed never grew any plant whatsoever till date, likewise her burial place. Even though it’s located in a thick forest , no dead leaf falls on the grave. The place is perpetually covered with fine sand, giving the impression that the place is being swept regularly by an unseen hand. Immediately she was buried it equally affirmed that a thick cover of cobwebs developed high above the grave, such that no dead leaf or even a drop of water when it rains can touch the grave. It was then people came to realize that people came to realize that woman actually had supernatural power and that her grave site must be an holy place.

There is also a belief that whoever goes there with a sober reflection will receive his or her heart’s desire.  The site, like any other auspices of the National Commission for  Museum and Monuments(NCMM),If adequately presented has what it takes to be listed as a world heritage site.

This could be attested to by the visit to the site in 1997 by a UNESCO who undertook an inspection visit to the grave site with the Nigerian chapter of the world heritage committee as a proposed world heritage site (Ahanihu 1999). Realizing this and follow up could yield the expected result considering the multinational historical connection of the woman the myth, the wonder, the belief and the cross religion influences of the site among Christians, Muslims and the traditional worshipers

The site is a unifying agent for the divers religion sect as Bilikisu Sungbo is one of the few places in the country where Christians and Muslims come together to pray to the almighty. Perhaps,that is the limit of argument of whether the Queen of Sheba and Bilikisu Sungbo are the same as one person. 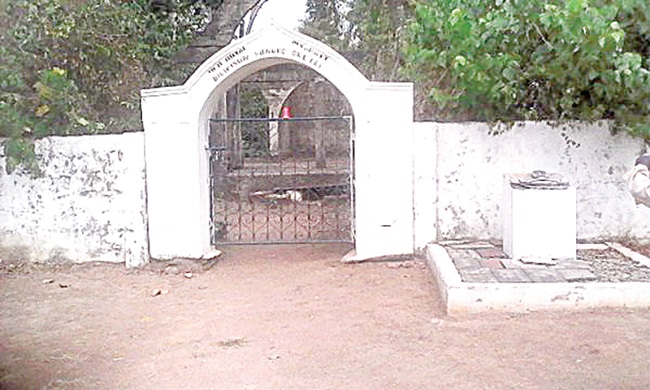 The site tourism potential is unparalleled as it’s a marvel of nature, there is no tomb but is sheltered by interwoven branches of tree giving it a permanent shade. The place is never swept but spotless all the time. No weed is known to have grown on the spot nor fallen leaves ever rest on it. The forest is still intact as nobody is allowed to farm around the site and it’s a taboo to cut trees in the grave. The site is significant for research purpose as the biodiversity is still intact

SIGNIFICANCE AND TOURISM POTENTIAL OF THE SITE

The grave has in the past attracted the attention of European tourist and and researchers. She was credited with supernatural powers that she used numerous slaves to dig pits with needles or kitchen knives. The pits could be found throughout Ijebu Area and could have been dug either to serve as remembrance after her death by her devoted slaves or as a source of water supply in dry season.

After the death of this powerful woman, the tomb became the point of call or tourist resort of the area.Every area, mostly during Muslim festivals, and before and after the pilgrimage to Mecca, many religious of diverse faith also converge at the shrine at one time or the other, to offer prayer and seek the Favour of the spirit of the deceased woman.

This is how the tomb became a cultural and religious site and was declared as a monument in Nigeria on the 15th December 1964. At the initial stage when the site was well maintained ,the significance of tourism of the economy of the site was manifested inform of employment generation which greatly helped the rural dwellers making them to enjoy the presence of the resort in domain. It provided the opportunity for them to partake in tourism activities and other related businesses in the area. In the same manner, the presence of the site brought increase revenue generation to the state, through the influx of tourist to the site

Posterity aftermath our stewardship should be our watchword 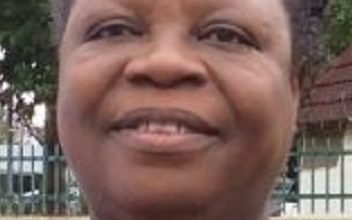 For the record: Paper on Gender in unionism challenges and experiences presented at the Radio, Television, Theatre and Art Workers Union (RATTAWU) Lagos council training programme on 22nd April, 2021 by Olufunke Fadugba (JP) 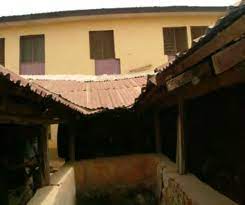 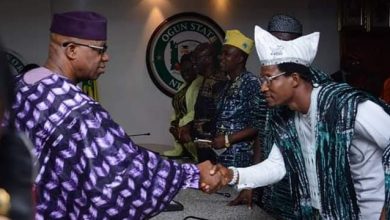