The Afghanistan President, Ashraf Ghani, in reaction on his official Twitter handle, @ashrafghani.  condemned the attack, and however, said the Taliban cannot “absolve themselves of blame, for they provide platform for terrorists”.

Penpushing further reports that, the Shiites are a minority in Afghanistan and have been repeatedly targeted by the Taliban and other Sunni armed groups in the country. The Taliban, which has carried out attacks in several parts of Afghanistan, however, denied responsibility for Saturday’s incident and condemned it.

The Taliban governed Afghanistan before a U.S.-led attack following a September 11, 2001, terrorist attack in the U.S., while the group is currently negotiating with the Americans for a withdrawal of the latter’s forces from Afghanistan.

Penpushing also reports that, the United States of America (USA) wants a commitment from the Taliban to stop further attacks and to negotiate a peace and governance deal with the U.S.-backed Afghanistan Government. OBASANJO’S PLANTATION TO EMPLOY OVER 1,000 WORKERS IN BENUE 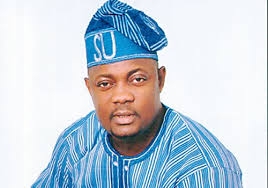