A faceless group, with the acronym of HART, has commenced 2023 Presidential campaign for Major Hamza Al-Mustapha (retd), the former Chief Security Officer(CSO) to the late military dictator, Sanni Abacha.

Penpushing reports that the video campaign for Al-Mustapha, who was linked to the gruesome murder of Alhaja Kudirat Abiola, wife of the winner of June 12, 1993 Presidential election, Chief Moshood Abiola, has been trending on social media.

The retired army major, who appeared before the Justice Chukwudifu  Oputa panel over death of Abiola is now been considered for the nation exalted position by the suspected political foot soldiers ahead of the next political dispensation

Penpushing further reports that the campaigners whose location and real identities are yet to be known have embarked on intensive social media jingles to woo Nigerians on need to support the project, but silence on proposed platform for the presidential race. 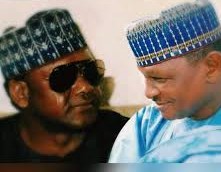 The visual and audio jingle with a copy in custody of Penpushing described the former Chief Security Officer and a retired army major as a messiah who is loyal to the country, adding that he love the late winner of June 12 Presidential election, Chief Moshood Abiola dearly and know the truth.

Penpushing also reports that, the jingle did not stop there, as it added that Mustapha loves all tribes in the country, as well as all existing religions across the length and breath, stressing that he is the right choice to take Nigeria to the promised land effective from the next political dispensation.

The unknown campaigners in the jingles adorned with Nigeria flag argued that Mustapha was wrongly persecuted for fifteen years after the demise of his former boss, Sanni Abacha, and boasting that he(Mustapha) will reform the country if voted into power 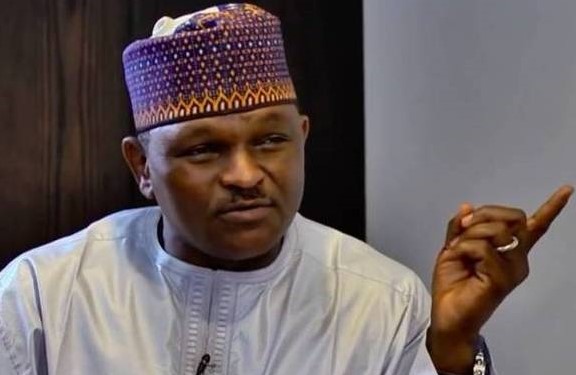 “He loves Nigeria. He is loyal and patriotic. He detests greed and selfishness. He loves the Yorubas, Igbos and Hausas with equity and sincerity. He loves Christians, Muslims and every other religion alike. He will stop at nothing to uphold the unity of the nation”.the jingles stated.

“He was close to throne when our one time military president passed away, he didn’t take over the office forcefully because of his loyalty. He believes justice should take its course. He was a brother’s keeper, when the great Abiola was in detention. He knows the truth, but never heard. He was misunderstood”.

“He knows how Nigeria was brought to her kneels and how she can be back to her feet again. He has come to defend our calls, to empower the youths, true future of Nigeria. He can’t do it alone, except you lend him your voice. A passionate leader with no exception. The Messiah is here. He is Hamza Al-Mustapha. 2023 is our year and together we will make Nigeria great once again. Powered by HART”, the jingle stressed 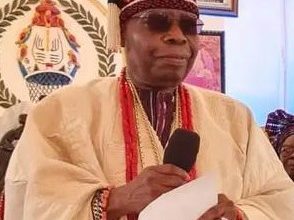