Penpushing reports that the affected officials were with the 7 Guards Battalion of the Nigerian Army, while two of the slain personnel were officers, including a captain and lieutenant, while the remaining were soldiers.

The source within the army, said the terrorists main aim was to attack the Nigerian Law School in Bwari adding that the gunmen may have already camped in the area before the carried out the violent attack on the personnel.

Penpushing further reports that, it is recalled that, the terrorists had earlier issue a threat through a video, where they were maltreating the victims of the train attack that they would abduct President Muhammud Buhari, Governor Nasiru El-Rufai of Kaduna State and other prominent Nigerians as well as  destabilise the country if their demands were not met.

“This is our message to the government of Nigeria and just as you have seen these people here, by God’s grace, you will see your leaders; your senators and governors will come before us. These ones you are seeing here, we will keep some as our slaves and sell them off just as our Imam told you in the past’, the abductors declared.

“Just like the Chibok girls that were sold off, we will equally sell these ones as slaves. If you don’t adhere to our demands, we will kill the ones we need to kill and sell the remaining. By God’s grace, El-Rufai, Buhari, we will bring you here,” the terrorists emphasized.

Penpushing also reports that, as at the time of filing this report, the Nigerian Army was yet to issue any official statement on the ugly development, while source disclosed that the government was aware of plans by terrorists to attack some places in the capital, hence, security had been increased around the city. 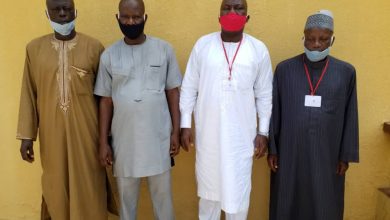