The hot race to fill the vacant stool of Olowu of Owu , Abeokuta, has commenced, as 10 candidates from the Otileta Ruling House were said to have shown interest to take over the royal stool

Penpushing reports that, it is recalled that the immediate past Olowu, Oba Olusanya Dosunmu from Amororo ruling house joined his ancestors on December 12, 2021 after reigning for sixteen years, while record also has it that the first Olowu was crowned in 1855 in the ancient town.

The community process to elect the 14th traditional ruler of Owu Kingdom, started shortly after the burial of the Dosunmu, with the Oritela ruling house and kingmakers said to have started screening exercise and shop for qualitative candidate to fill the post 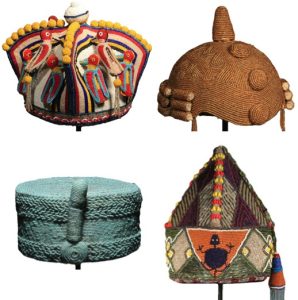 The others are:  Dr. Kazeem Olarewaju Babatunde Bakinson, a Town Planner and current Vice Chairman of the Nigerian Institute of Town Planning,(NITP),Lagos Chapter and Director of Planning in the Lagos State Civil Service administration, Prince Owookade Adesina from Soke Compound, Semiyu Adelani from Omoleefon House, and Prince Adeboyejo Kabir Gbademu, who holds holds a BSc Business administration from Escape University Benin in 2016 and later awarded an Honorary Doctorate Degree in Business administration by his Alma –matter and  Prince Sunday Adebayo Adelanwa, an Oil and Gas magnate.

Penpushing also reports that, the Abeokuta North Local Government has, however, directed the head of Otileta family to ensure completion of the selection process between March 2 and 15, 2022. The directive  is said to be contained a public notice reference number 29 Vol. V/90  by Secretary to the Local Government, Hon Odusiji Kabiru Ayinla, notifying the public of the vacant stool and process for selection of a new monarch of the town

Penpushing reports that, record has it that,there are six ruling houses in Owu Abeokuta comprising, Otileta, Ayoloye, Akinjobi, Akinoso, Lagbedu and Amororo, in that rotational order, while contenders from  Otileta Ruling House which next to produce next Olowu have been making individual frantic efforts and move to ensure being the choice of the kingmakers