Hundreds of women in Owo Local Government Area of Ondo state, have embarked on traditional ritual in the market to unveil identities of perpetrators of the attack, and killing at Saint Francis Catholic Church, Owo town

Penpushing reports that, the women led by former Commissioner for Women Affairs and Social Development in the state, Yemi Mahmood, were seen placing leaves and knives on the floor as part of the ritual process.

The aggrieved women were also chanting incantations with conviction that with the ritual, the gunmen behind the murder of the innocent congregants will in due course be exposed to meet their waterloo, through god of thunder known as Ogun, and other goddess

Penpushing further reports that, Mahmood speaking on behalf of the protesting women, lamented that, Owo town had been thrown into mourning since the black Sunday, hence, the resolve to track the perpetrators through spiritual process.

“The town has been thrown into mourning since that day (Sunday) and that is why the market women are coming out because this has never happened in Owo. We came out for this protest and to, as well, curse those people who have the audacity to come to Owo to commit this kind of havoc. A ritual has just been done to track them down. Wherever they are by the grace of God they shall be arrested”, she emphasized

Penpushing also reports that, the women did not end their protest at the market, but later proceeded to the palace of the traditional ruler of the ancient town, Oba Ajibade Ogunoye, who in response assured that the killers would not go unpunished.

The Olowo of Owo called on the women to discourage their children from taking laws into their hands, explaining that plans are underway to apprehend the runaway gunmen, adding that towards this, he had held meeting with other traditional rulers.

‘I am with you in all you do. As you can see, I just finished a meeting with other monarchs, we are not resting on our oars until these perpetrators are fished out. But please, I already appealed to the youths yesterday. Go home again and pacify them, tell them not to take laws into their own hands. It is not the Fulanis living with us that are responsible for this but may the deities of this land catch the perpetrators”,Ogunoye said 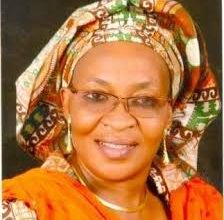