This bold initiative has not only helped to give indigenous company a firm foot in the construction industry and create wealth,but has contributed to the reduction of unemployment by offering employment opportunities to Nigerians. The company has also helped to raise and train an army of Nigerian professionals in building construction that are also contributing their quotas to the economy of the country.

An achiever par excellence with favourable disposition to using his God’s given intellectual and financial resources towards enhancing and harnessing potentials for development, Giwa Abiodun Onanuga was elected unopposed 22 years ago to lead the inimitable and famous Ijebu age group, Egbe Bobakaye Akile Ijebu (Okunrin).

The age group which comprises distinguished sons of Ijebu land ,with extension to Epe and Lekki, born between 1956-1958 is populated by crème de la crème, topnotch politicians, consummate businessmen, captains of industry, scholars, first class traditional rulers such as Ebumawe of Ago-Iwoye, Obiri of Aiyepe, Gbegande of Ososa, Alaperu of Iperu among others.

The sociocultural group, hinged its mission on harnessing the abundant resources in Ijebu land for its socio-economic development and to actualise the mandate of creating the Ijebu State that will stand tall in the comity of equal States.

And this task, Otunba Giwa Abiodun Onanuga has carried out convincingly well in the last 22 years with royal candour such that the imprints of this majestic group are all over Ijebu land.

Standing tall among the achievements of the age group, is the imposing Awujale Royal archway, provision of medical equipment to the Trauma and Orthopaedic wards of Ijebu Ode General Hospital, construction of Adolescent Center, Ijebu Ode among others.

The Ijebu High Chief and Fellow, Nigerian Institute of Building is no doubt a man of outstanding qualities with striking humility despite his vantage position. He is often seen mixing freely with people irrespective of their status believing that all men are of equal standing before our maker. His generosity and readiness to offer helping hand is also legendary.

As a bridge builder and someone who likes bonding with others to foster peace and economic prosperity, Otunba (Giwa) Abiodun Onanuga is a member of top rated clubs like Heritage Club, Ijebu Ode, Ijebu-Ode Club, Island Club, Lagos, Ikoyi Club 1938, as well as the Nigerian-British Chamber of Commerce among others.

A devout Muslim, his commitment to uplifting Islam in Ijebu land, Ogun State and by extension Nigeria, recently earned him the title of Baba Adinni of Esure Ijebu, Ijebu Mushin.

As this illustrious son of Ogun state, philanthropist par excellence and icon of the building profession clocks 60, my heartfelt prayers is that God will continue to be with him and grant him long life in good health to witness many more years on earth.

Femi Olayinka is the head of the Press Crew, Office of the Ogun State Deputy Governor.

AARE ONA KAKANFO RITES: GANI ADAMS TO BE IN SECLUSION FOR FOUR DAYS 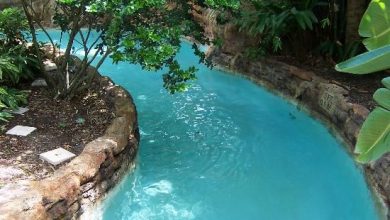