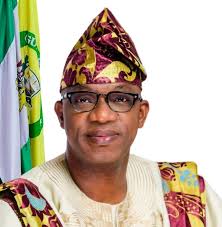 To demonstrate that his policy of inclusiveness was not a fluke and that he was going to do Justice to all manner of people, Abiodun even as the Governor-Elect, included those who contested against him in his Transition Work Group to chart the course for his government, and this policy of inclusiveness did not stop there; he carried it to the various Committees set up to find answers to some of the crisis he met on ground that needed urgent attention. Taking a look at these Committees, one would see that they were made up of people from all sections of the State, without particular preference to one. This has been the Hallmark of the administration since inception, to harness the potentials of the indigenes wherever they are regardless of political, religious or ethnic affiliations.

The policy of participatory and inclusiveness, was taken a bit further recently when the State Government in the process of preparing the 2020 Budget and the 2020-2022 Medium Term Expenditure Framework (MTEF) of the State and realizing that it does not have all the knowledge and may not know what are the urgent needs of the people, decided to convene town hall meeting in each of the three Senatorial Districts, to harness the contributions and inputs of citizens across all the critical sectors of the economy.

The Ogun East Senatorial District meeting was held in Ijebu-Ode, Ogun West in Ilaro, while that Ogun Central took place in the State capital, Abeokuta. One common thing at the venues of these meetings was the large turnout of people, including, market men and women, artisans, students unions, trade associations, non-governmental organizations, politicians and of course traditional rulers and community rulers, amongst others, who came to contribute towards having the people’s Budget. At the Ijebu-Ode meeting, Awujale and Paramount Ruler of Ijebuland, Oba Sikiru Kayode Adetona, represented by the Dagburewe of Idowa, Oba Yinusa Adekoya, set the ball rolling when he called for the rehabilitation of Ijebu-Ode-Epe, Ijebu-Ode-Alagboun-Ketu- Epe and Ijebu-Ode-Idowa- Ibefun-Itokin roads, while Chief Bisi Rodipe called for the declaration of State of emergency on roads, most of which he said were in deplorable conditions.

A former Commissioner in the State, Chief Falilu Sabitu, asked for reinforcement of security in Ogun Waterside Local Government Area, to arrest the spate of kidnapping and other crimes, saying efforts should be geared towards reviving the Olokola Deep sea port, rehabilitation of schools and create employment of more qualified teachers in the area, while Mr. Samuel Durojaye, harped on the need to resuscitate old farm settlements and establishment of new ones in Ijebu-North, as well as electrification of rural communities in the Council Area, to make life meaningful for the people, and Mr. Keshinro Olaitan, a disabled, stressed the importance of establishing a Ministry to oversee the affairs of the disabled to make life bearable for them. Representatives of the Christian Association of Nigeria (CAN), the League of Imams and Alfas and Foundation of Muslim Women (FONWAN, prayed for reintroduction of adult education and the need to inculcate morals in school children, to address moral decadence in the society.

Responding, the State Governor Abiodun appreciated the people for their robust contributions and suggestions, saying that the meeting was in line with his administration’s policy of inclusiveness and to achieve a strategic allocation of resources to projects that would have impact on the people. “It is important to carry the people along when making decisions that affects them. This meeting is a symbolic representation of our commitment to inclusiveness, people-centred and participatory governance”, he said.

The Governor said as a responsible, responsive and focused government, his administration decided to take the meeting to the doorsteps of the people to reduce the stress of having to travel to Abeokuta, noting that this would afford women and youths who form the higher population the opportunity to have their inputs in the Budget.

For the people of Ogun West Senatorial District, the provision of good road network, resuscitation of moribund State’s facilities and human capital development in the coming year, would go a long way to further improve business and commercial activities in their District. The stakeholders which included the Olu of Ilaro and Paramount Ruler of Yewaland, Oba Kehinde Olugbenle and eminent community leaders like Chief of Olu Agemo, Chief (Mrs.) Iyabo Apampa, Senator Akin Babalola Kamar Odunsi, the Gubernatorial candidate of African Democratic Congress (ADC), in the last governorship election, Gboyega Nasir Isiaka (GNI), among others, also solicited the establishment of a University and deployment of more Teachers to Schools in their district.

In response to the people’s request, Governor Abiodun whose speech was interrupted by songs, from women groups, brass bands and cheer from students’ bodies, said “We are taking advantage of our geographical location as the largest economy in Africa and a window into the West Africa corridor. It is self-evident truth that without the Ogun West Senatorial District, we cannot be Gateway State. I therefore consider this District a priority, not only because you are the engine room of the State, but the people are our priceless jewels”, he said.

Governor Abiodun maintained that the District remain the key to the development of the State, adding that despite the fact that it is the industrial hub, with increase in number of industrial establishment and level of commercial activities, the people have continue to remain in the forefront of the socio-economic development of the State. He said hosting the meeting will strengthen the partnership of government with the people, as a way of having good representative of the Budget.

“We have come to learn how to ensure strategic allocation of our Commonwealth to cover projects and programmes that would have most meaningful impact on the people, We will take copious note of all your comments, recommendations, proposals and these will be taken as an important factor in the preparation process of the State Budget, the governor admitted

The final leg of the meeting which took place at the Cultural Centre, Kuto, Abeokuta, saw the Alake and Paramount Ruler of Egbaland, Oba Oludotun Aremu Gbadebo, advising indigenes to take advantage of Anchor Borrowers’ programme, initiated by the present administration, adding that it would help in tackling the high rate of unemployment in the State. Engr. Kunle Adesina from Abeokuta South commended the present administration on the commencement of palliative measure on bad roads, urging it to improve the State’s macro economy by patronizing local traders and marketers in sourcing materials for government projects.

On his part, Dr. Femi Majekodunmi from Abeokuta South, hailed the Governor on various empowerment programmes organized for traders across the State, appealing to government to give priority to provision of potable water in the capital, as well as construction of good road networks. For Ganiu Amusat, the rehabilitation of Itori General Hospital would bring a lot of relief to the people, saying, ‘’the hospital is structurally defective and needs urgent attention. While rounding off the contributions, comments and advises, the Chairman, Nigeria Labour Congress, Ogun State, Comrade Emmanuel Bankole said government should constitute a Committee to interface with Labour on the implementation of the 30,000 new minimum wages.

The Consultant to the Governor on Budget and Planning, Mr. Ola Olu Olabimtan, who spoke in each of the meeting, said the town jaw jaw was the first interaction the Governor would be having with the people, as a commitment to providing good governance and it would avail the people an opportunity to have a sincere heart to heart talk with the Governor on the way forward.

Governor Abiodun who was amazed with the large turnout at the venues of the meetings, that, as a responsible and focused administration, his government understood the feelings of being excluded in the decision making process, hence government decided to take the town hall meeting directly to the people to give them a sense of belonging.

“We will all recall that, over the years, people usually gather for the Town Hall Meeting at the June 12 Cultural Center, Kuto, Abeokuta, with the people mobilized from all the three Senatorial Districts, thereby making the journey uneasy for some stakeholders and impossible for others, and as a responsible, responsive and focused government, we understand the stress and how it feels not to be part of the decision making process, so, in ameliorating these challenges, we have decided to take it to the people by organizing this town hall meeting in all the three Senatorial Districts of our dear State”, he said.

Abiodun assured that the meeting was not just a talk shop, but an avenue to hear what the people needed, adding that government would take copious note of all issues, comments, recommendations, proposals and even critiques which he said would reflect the 2020 Budget estimates, he also noted that even though the current 2019 Budget prepared by the immediate past administration was not designed with the agenda of the present administration, his government has made best use of the budget to deliver on its campaign promises across the State.

With the large turn out and their contributions, suggestions, advises and even criticisms, Ogun State people have keyed into the advice of the former President of  the United States of America who said, “let us never forget that government is ourselves and not an alien power over us. The ultimate rulers of our democracy are not the Presidents, Senators and Congressmen and government officials, but the voters of this country”.

Udofia is of Ministry of Information and Strategy, Oke-Mosan, Abeokuta, Ogun State, Nigeria 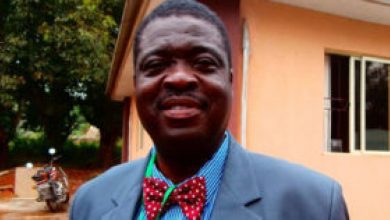 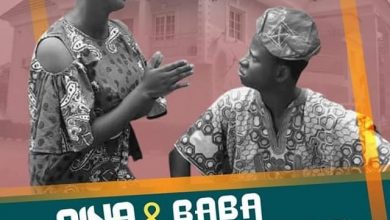 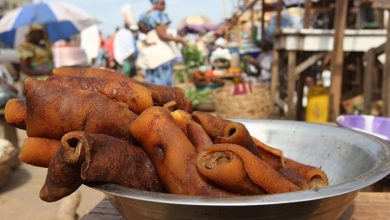 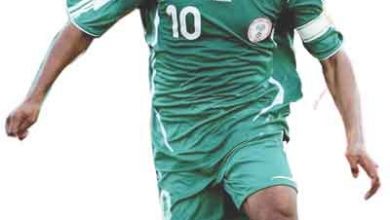