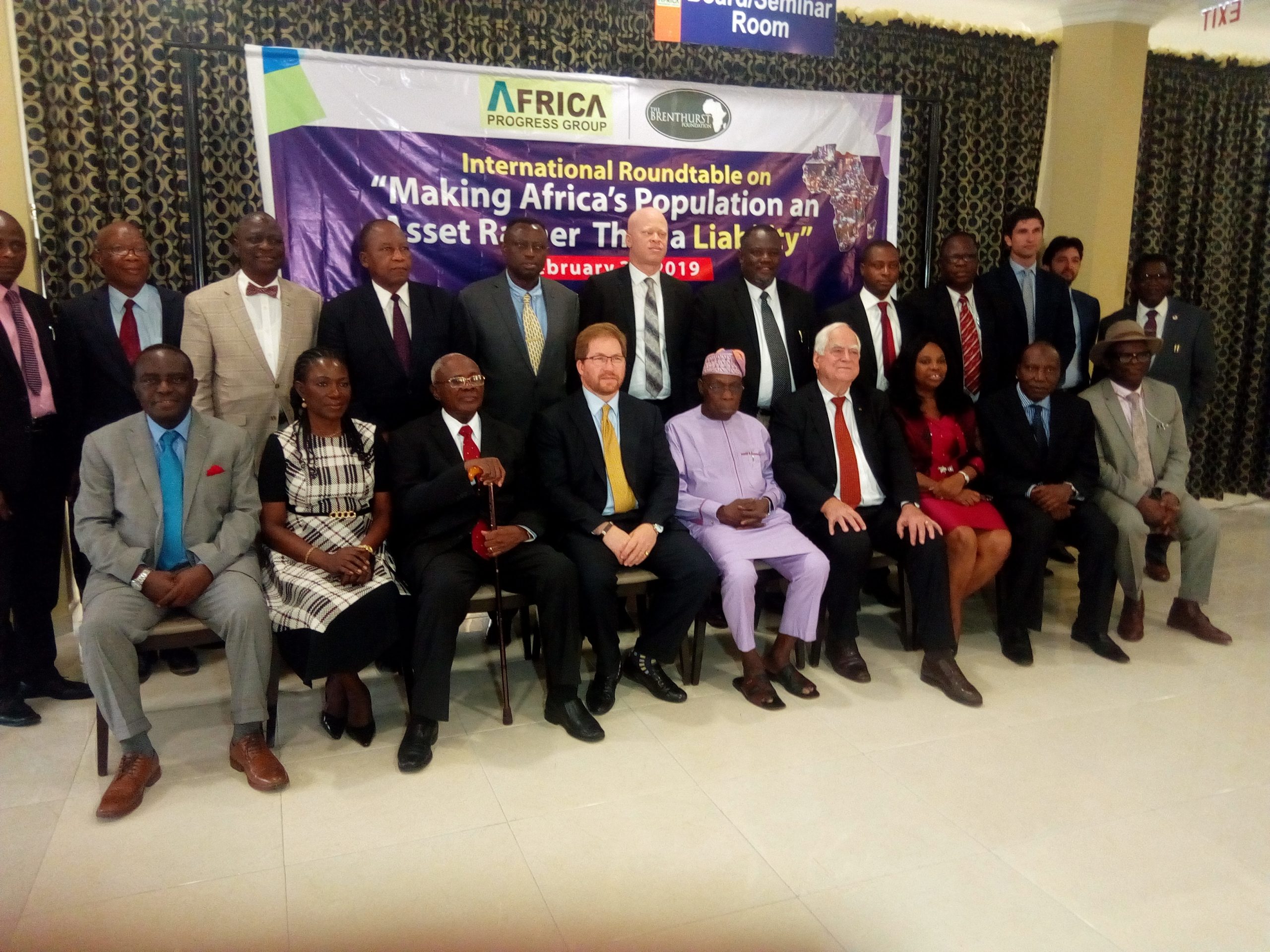 The former President in his own submission noted that population in Africa was largely responsible for terrorism in the continent and called on governments to address the menace before it got out of hand. He cited Boko Haram insurgents in Nigeria, lamenting that 90 per cent of the followers admitted that they joined because of lack of jobs.

“The report stated that out of 10 followers questioned only one said he joined the Boko Haram because of religion the nine others because they could not find jobs to do. So, in essence, population can be said to be responsible for terrorism.”

Penpushing also reports that, Prof. Omolayo Opeloye of the Obafemi Awolowo University (OAU),Ile-Ife  in his own presentation observed that “if the population of a country or continent would be an asset, it must be matched by the development indices which invariably would result in high GDP and per capital income.”

The university don, who presented on the “Islamic Perceptive of Population Control in the African Context” recommended good governance as “sine qua non” to meaningful development, adding, “therefore, African nation’s political class should leave no stone unturned in ensuring enthronement of good governments in different countries of the continent.”

Similarly, in his own paper, “Making Africa’s Population a Blessing Rather Than A Liability” Dr. Olaide Adedokun of the Lagos State University recommended that empowering women and girls through education, improved health, wage labour and participation in decision making would go a long way in managing the population in the continent.

Penpushing further reports that, the Africa Progress Group(APG) In a communiqué signed ITS  Director, Prof Peter Okebukola participants affirmed that “Africa’s population can be an asset not when we are able to feed the citizenry and provide good quality of life but when that population can make meaningful contribution to the entire socio-political economy society.

“To ensure that Africa’s population is an asset to development, after careful consideration of successful practices in managing populations across the world, participants recommended to African leaders as follows:

*Enthronement and promotion of competent, efficient and effective governance should be top priority for African countries as this is the lever for development and for turning the continent’s population into an asset.

*Based on the power of education in the successful management of populations, educational systems in African countries should be overhauled paying special attention to access to education (Education for all), education of women and girls, entrepreneurship and ensuring relevance of education delivered to the needs of the society. We need better harmonisation of Islamic education and Western education as successfully practised in a number of Islamic countries including Tunisia, Egypt and Indonesia.

*Publicise and raise awareness of religious provisions that encourage practices that will slow down population growth rate.

*There must be a decision on the type of society we want especially fostering and managing egalitarianism. What is normal in every African society is the culture of sharing and caring. This culture should be universally encouraged.

*Knowledge and experience sharing of good practices in managing populations among countries in Africa and elsewhere in the world should be encouraged.

*Although the problem of population of Africa today and in the immediate future looks daunting, there are possible approaches that can access globally available resources now lying dormant. One of such approaches is harnessing permanent capital from investment markets. Governments should explore the implementation of the novel, doable idea of permanent capital to address the resource-demand of managing populations. Permanent capital is based on frameworks to address the demographic challenge relating especially to educational, political, cultural and social dimensions.  To make the approach work, radical reforms are needed to the policy and regulatory environment. Reduction in overall frictional costs of doing business should also part of the reform.

They also called for enactment and enforcement of state policies “that take care of the elderly so that Asset-based and life course approach to managing Africa’s population can be optimally applied.

The communiqué added that, key recommendations to Development Partners include:

*Use final APG report on the theme as instrument for lobbying both in the north and south so that the SDGs are achieved. Reaching religious leaders

*Population management is a sensitive issue which should be approached with caution. Those to be engaged in its propagation through faith-based activities should be those who have the right perspective of the concept.

WE ARE NOT GOING TO PREVENT SENATOR OMO-AGEGE FROM RESUMING OFFICE, SAYS SENATE

ANOTHER ROUND OF HARDSHIP AWAITS NIGERIANS, AS DEPOT OWNERS THREATENS TO WITHDRAW SERVICE