A former Federal Minister of Science and Technology under late President Shehu Shagari regime before the military took over government in 1983, Dr Olabode Olowoporoku has died at 84 following a brief illness.

Penpushing reports that, the family through Ayodele Olowoporoku announced the demise of the politician who was said to have passed away peacefully at his residence, adding that the family would announce his burial ceremony in due course.

“We regret to announce the passage to eternity of our dear husband, father, grandfather, uncle and friend, Dr Olabode Olowoporoku, who peacefully passed away at his residence on March 24, 2021 after a brief illness’, the son said. 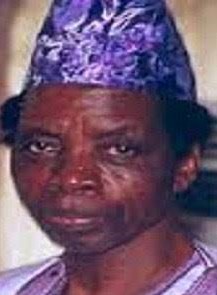 Penpushing further reports that, the deceased was also a former Senator who represented Ekiti South Senatorial District and  was born in Ilawe-Ekiti, Ekiti State in 1945 to the family of Mr Josiah Olowoporoku and Mrs Otutu Jolade of Ilorin quarters.

The profile reads that, he attended the then University of Ife for his first degree Economics in and won a scholarship by Ford Foundation to undertake a postgraduate study at University of Manchester where he bagged his Masters’ degree in Economics in 1972, and later got his doctorate degree in Development Economics at the University in 1975.

“He began his illustrious academic career as a lecturer at the University of Ife, where he built a reputation of high-level intellectual profile and scholastic erudition. He was a thorough-bred scholar-politician who was part of the conclave of the intelligentsia that gave the Unity Party of Nigeria, UPN its ideological foundation and policy direction.

“As a young man, his passion was to offer selfless service to his immediate community and motherland. He served exceptionally as Commissioner for Economic Planning and Statistics in Ondo State in 1979 and supervised the creation of most of the industries and commercial investment that the Ajasin administration was reputed for.

“He was consumed with the idea of Ekiti emancipation and development, and so had to painfully part way with the UPN in 1981 because of what he and other Ekiti compatriots who served in the Government of Chief Adekunle Ajasin as governor of Ondo State perceived as injustice to and marginalisation of Ekiti people then.

“He later politically aligned with the National Party of Nigeria, NPN and was appointed Federal Minister of Science and Technology under the Shagari regime before the military took over government in 1983’.

Penpushing also reports that Olowoporoku aside from serving as representative of Ekiti South at the  the National Assembly between 2003-2007, he participated to become Governor of Ekiti State thrice  but could not emerge winner 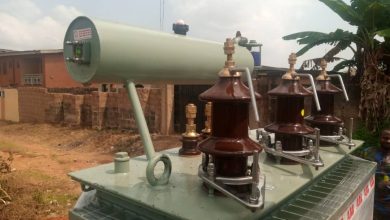