The wife of the late Nigeria’s environmentalist and playwright, Ken Saro-Wiwa, Maria has been reported dead at 73,while it is recalled that her husband was executed on November 10, 1995  under controversial circumstances by the dictatorship administration of late General Sani Abacha.

Penpushing reports that, Noo Saro-Wiwa, the daughter, who is an author and journalist announced passing of her mother on her facebook page on Wednesday, adding that she died on January 16.

The bereaved daughter paid glowing tribute to her mother, a trained teacher, whom she said was married in 1966 to the late Saro-Wiwa, and with him began a journey that saw them escape the civil war by canoe.

“She trained as a teacher in Benin before moving back to Port Harcourt and then starting a new life in England. It was a huge culture change for a woman who had physically helped build her childhood home with adobe and thatch;, she wrote. 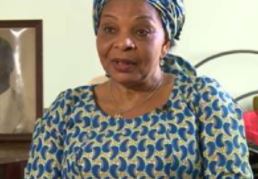 “Yet she learned to adapt, creating a stable home life for her children despite all the tumult that came with being the wife of Ken Saro-Wiwa. She raised five children – three boys and two girls – ferrying us to schools in various counties, sewing nametags on our clothes, and watching our endless music concerts and sports matches’,she stated.

‘In our younger days she would make delicious apple crumbles and dance with us to “Ring My Bell”. She was staggeringly beautiful, but in her humility was totally unaware of it,” the bereaved wrote.

Penpushing further reports that, she wrote about how her mother provided the needed psychological support for her and her siblings after the death of their father, who she said was falsely accused of inciting the murder of four Ogoni chiefs

“When my father was falsely accused (one of whom was my mother’s brother-in-law), she shielded my sister Zina and I from the fallout so that we could enjoy our last two years of school’, she added.

“After my father’s death at the hands of the military regime, her presence anchored us and enabled us to continue life as normal. She became a trustee of Prisoners of Conscience, a human rights organisation, while holding down a job and helping my brother Gian with his mental health.”

“Over the decades, she became grandmother to three boys, which brought her more joy than anything else. By then she was finally living life on her own terms during what I now see as a twenty-year golden period where life for the family was relatively painless. But in the past five years she had to attend the funerals of her two remaining sons, one of her grandsons, plus her two remaining sisters’.

“A less resilient person might have succumbed to addiction or worse, but my mother kept going, powered by her faith in God. She maintained an immaculate home, attended church regularly, supported and socialised with her many friends and patiently supported Zina and I in our missions as artist and writer. I won’t lie – there were times when she almost drove me mad (as mothers do) but without her I truly would have lost my mind by now’.

“Right up until the end she was mowing the lawn and moving furniture against mine and her doctor’s orders. Her independence was paramount. But it was hard to watch her anguish over her sons’ deaths. My biggest fear was that she would outlive yet another one of her children. So when I found her in bed on Sunday, having passed away in her sleep, there was a sense of relief. She is at peace now”, she wrote 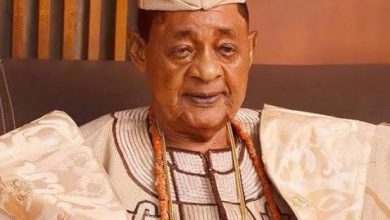 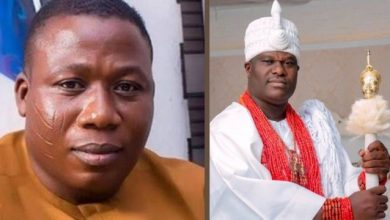 Insult on royal father: I have forgiven you, Ooni assures Igboho