The Inspector General of Police has ordered investigation to the alleged role of the controversial hippop musician, Habeeb Okikiola popularly called Portable in the formation of the outlaw ‘One million boys’ said to be terrorizing some parts of Lagos State

Penpushing reports that the order was contained in a statement issued on Monday by the Force Public Relations Officer, Muyiwa Adejobi, explaining that, this was sequel to the trending video of the musician claiming to have formed the criminal outfit

‘Sequel to the trending video of one Habeeb Okikiola aka Portable where he claimed to have formed the One-Million Boys cult group terrorising some parts of Lagos State, the IGP has ordered CP Lagos to investigate the indicting statement and take necessary legal action’, the statement said. 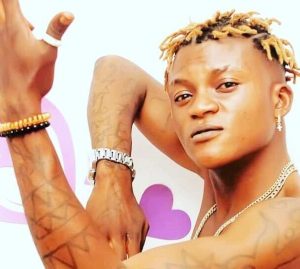 Penpushing further reports that, Adejobi said, the directive was premised to the continuous effort of the police to fish out the pillars and sponsors of the cult group to decimate their activities and restore sanity to the society

‘This directive is premised on the continuous effort of the Nigeria Police Force to fish out pillars and sponsors of cult groups in order to decimate their activities and restore sanity to our society’, Adejobi emphaised.

Penpushing also reports that, it is recalled that, Ogun State Police Command recently ordered Portable’, to report to the police authorities for alleged and organizing attack on a young man, and inflicting bodily injury on him

The Command Public Relations Officer, Abimbola Oyeyemi in  the statement said the alleged the known Zazu crooner allegedly committed the offence alongside other suspected hoodlums, adding that  the alleged actions of Portable and his gang not only barbaric, but unbecoming of somebody who supposed to be a role model for the youths and therefore should not be tolerated.

‘The attention of Ogun State Police Command has been drawn to a video clip circulating on social media where a popular hiphop musician Habeeb Okikiola a.k.a Portable, the Zazu crooner was seen organizing some youths to beat up a young man and inflict bodily injury on him’,the statement said.

‘The incident was said to have taken place somewhere within Ogun State about two days ago.  Such unruly and violent behavior is not only barbaric, but unbecoming of somebody who supposed to be a role model for the youths and therefore should not be tolerated’, Oyeyemi added.

Penpushing further reports that, following the ugly development, the command advised the musician to report himself to the nearest police station in the state, failure which he would be arrested and face prosecution

‘In view of this, the Command is using this medium to advise Okikiola Habeeb a.k.a Portable to report himself at the nearest police station in Ogun State, failure of which his arrest will be ordered. The flagrant display of impunity by portable in the viral video is condemnable and if not checked, it will send a wrong signal to the youths who are looking up to him as a role model’, the statement added.

The command in the statement ordering the musician to report to the station, declared that jungle justice has no place in our laws, stressing that and whoever embarked on it must be made to feel the weight of the law, no matter the status of such person.

Penpushing reports that, the musician in the said video was seen accompanied by suspected thugs addressing a young man, who he alleged of passing sexual advances to his(Zazu’s) wife, and therefore gave order to the alleged thugs to beat the man to ‘death’, and the thugs subsequently descended on the young man

The known notorious after week of evading police invitation later reported at the Ogun State Police Command Eleweran, Abeokuta, accompanied by his father and music manager, and after interrogation was granted bail, on condition that he should report whenever the police needed him, as investigation on his alleged crime continued 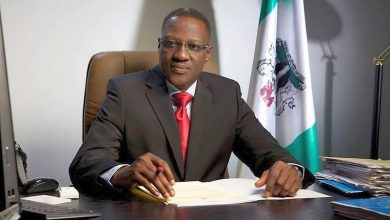 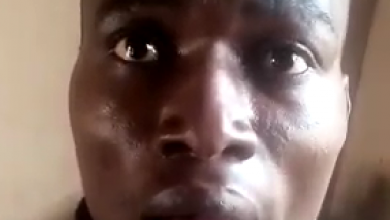 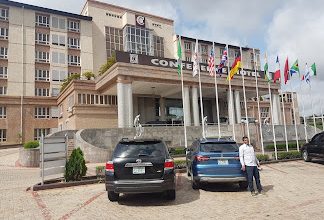