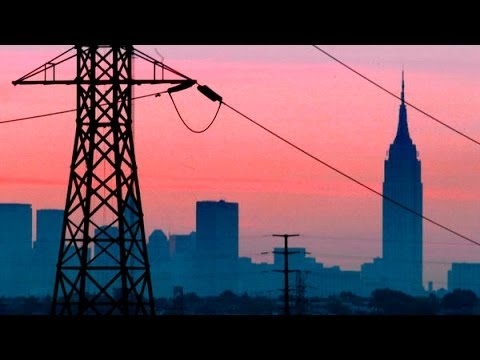 The ugly development which has also become mental torture for the residents has been established to be the fallout of an intractable crisis between the indigenes and the electricity provider, Ibadan Electric Distribution Company (IBEDC).

Penpushing further reports, that the ‘sin’ of the residents was that they were bold enough to have raised eyebrow over the epileptic power supply, and distribution of ‘crazy bill’ for consumers across the land, which the residents kicked against, and embarked on protest.

The protesters, comprising the youths alleged the management of Ibadan Electric Distribution Company (IBEDC) of exploitation, financial savagery and social bondage into which the company was trying to put them.

However, the Head of the Ibadan Electric Distribution Company (IBEDC), John Donnachie in a press statement in reaction to the protest, said the officials of the company were humiliated and attacked by the protesters

“When a group of hoodlums armed with dangerous weapons like guns, machetes and other sharp objects from Bolorunduro and Olomilagbala communities under Isare Service Centre, swooped on the office infrastructure”, he said

“They shot sporadically into the air to create panic and chaos while their operations lasted. They forcefully gained entry into the cash office, carted away money from our cash collections and took away mobile phones of some of our staff members’, Donnachie stated

“The same group attacked our office at Oke-Omiru. The staff around scampered for safety, then the business hub manager, who tried to intervene was slapped several times before he was rescued by a youth leader. The hoodlums then proceeded to our Isokun service unit and wounded some of our staff, whilst some properties in the various offices were destroyed and monies carted away,” he said.

Penpushing further reports that,a veteran journalist, Remi Oyeyemi in a write up said the company noted that it could not adduce cogent reasons behind these spates of orchestrated attacks, robberies and assaults on its staff and infrastructure.”

However, with investigation conducted, the electricity company failed to address the fact that it has been fleecing the customers in the land, collecting money for electricity that was never provided and refused to make available to the consumers, prepaid meters so that they could continue to milk and swindle the people.

Penpushing also reports that, the electricity company perpetrated the illegality under the guise of what they called “estimated billing’, but the question is this, How do you estimate someone’s use of energy without actual meter reading in this digital era This is no doubt it is a legitimized fraud, forgotten that a happy customer is the best asset of any corporation.

Similarly, findings showed that, the company is notorious of hoarding prepaid meters and refused to sell to customers at the approved prices, rather some fraudulent staffers secretly sell the meter to the highest bidders.

The United based Nigerian journalist pointed out that deliberate hoarding of the prepaid meters had been traced to grand plan of the staffers so that they could continue to do the estimating calculation to cheat the people out of their hard earned money, and enrich their own pockets.

Penpushing also reports that, there were cases when the company asked the customers to buy transformers, poles, cables among others, and even after these purchase, the electricity provider would still charge such community with installation and sundry expenses.

It is also on record that, such installations were left unattended to, many times resulting in some of the material bought being stolen, and reportedly traced to the staff of the company who in return resell such to the needy community.

What the company management failed to realize was that, the ijesas are not dullards, and would not allow such illegality to fizzle into the air, without being challenged, and the company ought to have known that, there is always consequences after illegality, and just a matter of time before the bubble bursts.

The company leadership failed to realize that ,Ijesas are proactive, strong, well educated, exposed, well-traveled, who knows their rights at all time, so an act and actions considered as cheat, as carried out by the electricity establishment will not be condone by them.

Penpushing reports that, Oyeyemi, a columnist with Southeast Missourian Newspapers United States was of the opinion that, it is no more news that, the electricity company is notorious for providing darkness rather than light, and yet goes out to exploit innocent and helpless customers across the country. The company is better described as a criminal enterprise.

This can as well be traced to the ‘killing’ demand of the management that, the residents must cough out the whooping sum of N 232million, which they claimed was equivalent of materials allegedly destroyed by the protesters, but the company, however, denied   independent assessors to have a look at their premises.

The founding Assistant Editor of PM News Magazine observed that, contrary to the claim by the management,said the company engaged in subterfuge, and damaging some of their equipment on their own in order to be able to ask for indemnities. If the claims of the company are anything to take serious, it is also legally and morally right for the electricity company to pay its numerous customers for causing them untold hardship, which includes damages caused through the blowing off of many electrical apparatus both at homes and offices through power outage.

Penpushing further reports that, this has rendered many businesses impotent and majority of the affected include; artisans such as tailors, mechanics, barbers, grinder, carpenters, furniture makers and petty traders among others

Speaking on the worrisome development, a notable Ijesa son, Asiwaju Yinka Fasuyi said after a joint facility assessment tour of Thursday, 21st March, the company may have carried out a subsequent independent assessment of its equipment and facility in the absence of Ijesaland community representatives at a date and time unknown to him.

‘My earlier report on same facility assessment indicated our inability to collectively assess the extent of damage, if any at all, to the critical power equipment visited in the reported joint tour. On Friday, 29th March 2019, a formal complaint on the maltreatment of Ijesaland consumers by IBEDC arising from this mass electricity disconnection was submitted to the Western Branch Office of National Electricity Regulatory Commission (NERC) in Ibadan.

The Asiwaju explained that, the document was co-signed by Hon Lawrence Ayeni, Hon Timothy Owoeye, Majority Leader, Osun State House of Assembly, and him amongst others, noting that on same day, he heard it on a good authority that the company submitted to the National Electricity Regulatory Commission (NERC) headquarters, Abuja, its estimated cost of damage to be repaired in its facilities in Ilesa.

Penpushing also reports that Fasuyi said, follow up showed that on Monday, 1st April 2019, a letter in respect of demand for repairs by the company estimated around N232million was submitted at the office of the Governor, adding that he has no information as to the recipient of the Governor.

‘I placed a call to the highest Ijesa functionary in the State of Osun, in person of our illustrious son, the Chief of Staff, Dr Charles Adediji Akinola, to update him on this submission. I therefore pleaded with him to facilitate expeditious sharing of the true content of the IBEDC demand for public scrutiny amongst Ijesaland community. As at this moment, I am yet to confirm details of the content and demands of IBEDC until the government communicates this’.

The Asiwaju posited that, as things are now, the best any individual could do is to facilitate a resolution process, in a multiparty impasse as we currently have, stressing that, ‘we in Ijesaland community may not be able to singlehandedly invite IBEDC to a roundtable discussion for resolving this logjam, without involving a statutory body like the Government of the State in both mediating and possibly championing the resolution strategy’.

‘This is the time we need our very dear Government in the State of Osun, as the official voice of our dear State, to convene the immediate meeting of all stakeholders comprising such as Ijesaland Community, IBEDC, NERC, Political Class, Security Agencies, and the State Government as the Convener, while our highly revered, His Imperial Majesty, Oba (Dr) Gabriel Adekunle Aromolaran  11, the Owa Obokun Adimula and Paramount Ruler of Ijesaland, plays the Chief Host, with Obokungbusi City Hall, as a proposed venue.

‘Such a forum  is hoped would avail us an opportunity for all parties to jaw-jaw on how we came about this impasse, agree on supplier-customers relationship management, decide on repairs issues, and most importantly obtain concrete power restoration deadlines in Ijesaland’.

‘May I therefore humbly enjoin all stakeholders to collectively come forward with inputs and suggestions on how to drive a solution-focused agenda aimed at putting this impasse behind us. Please permit me to also place on record, that quite a number of highly informed Ijesa Sons and Daughters have made valuable inputs, suggestions,   and recommendations on the existing proposal. All such inputs are being collated and would be availed the State Government, whom I consider enjoys the umbrella authority to evaluate and take it up from here’. 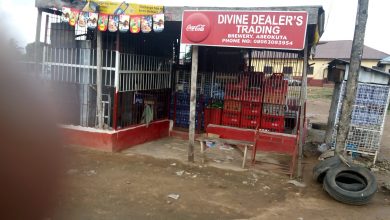 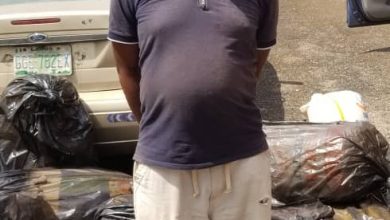 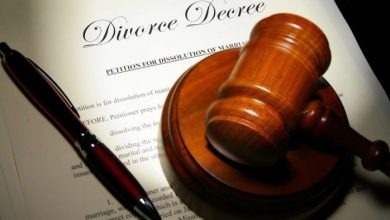