The re-appointed Medical Director of Federal Medical Centre (FMC), Abeokuta, Prof Musa Olomu has declared that he has put behind him, plots by some detractors who made frantic efforts  working against his second term in office.

Penpushing reports that, Olomu stated this when he resumed office on Thursday amidst wild jubilation by larger percentage of the hospital workforce, following President Muhammed Buhari approval granted him to commence second term.

The Medical Director while addressing the jubilant workers at the Telemedicine Hall, venue of the grand reception explained that, he had pushed the events of the past behind him in the overall interest of the development of the institution.

Penpushing further reports that, Olomu said he bears no grudge with anyone and sued for the collective support of all and sundry for his new administration with a pledge  to fast track the development in the hospital beginning with the assurance of the completion of the new Medical Director’s office in the next six months

The highly elated  Medical Director thanked President Muhammadu Buhari, and the Ministers of Health,  Dr.Ehanire Osagie as well as , Dr. (Senator) Olorunnimbe Mamora, Minister of State for Health for  steadfastness in the face of heat and pressure

Penpushing also reports that, Head of Clinical Services Dr. Fidelis Ojeblenu while speaking on behalf of the Hospital Management Committee pledged  unflinching support of the entire members of management to the new administration. 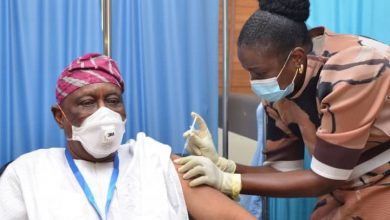 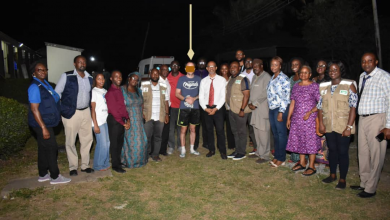