The Osun State Governor, Gboyega Oyetola on Monday assented to the State’s 2020 Appropriation Bill of N119 billion, while the House of Assembly had earlier on December 24, passed the budget tagged, ‘Budget of Restoration,’

Penpushing reports that, the Speaker of the Assembly, Timothy Owoeye had formally presented the bill to the Governor, who after assenting to the bill, assured that his administration was committed to the full implementation of the fiscal proposal.

The Governor also described the size of the budget as realistic, stressing that his administration would stop at nothing to ensure it was fully implemented, adding that he has decided to prune down the size of the budget compared to the 2019 proposal, having realised the socio-economic realities and limited resources available to the state.

Penpushing further reports that, Oyetola gave assurance that his government would continue to initiate policies that would make life more meaningful, worthwhile and abundant for the people of the State, and commended the lawmakers for passing the budget within a short time.

The Governor pledged  to maintain the level of understanding and cooperation existing between the three arms of government in general and the legislature in particular, adding, “I am particularly delighted we were able to conclude the presentation, passing and signing of the year 2020 budget before the end of the year 2019’.

“I must commend the leadership of the House of Assembly — the Speaker and other principal officers — for ensuring smooth passage of the budget and for ensuring they looked at the budget critically which is ready for signing today’.

“That is to show that we are ready to move the state forward come Year 2020. We do believe in budget size that will enable us to carry out proper implementation. That is the essence of what we are doing today; Oyetola said.

“The 2019 budget which is coming to an end two days from now was about N154 billion, but we realised that we didn’t have too much of the revenue that we budgeted. So, we decided to trim down this year’s budget size to a size that we believe is realistic and with it, we will be able to do a lot for our people within the limit of our resources’.

“The budget size for the Year 2020 is N119.50 billion and we believe that with that budget, a lot of things that we plan to do for 2020 would be achieved.The way we went about the budget actually confirms that the leadership of the House is with us, particularly for the timely passage of the budget, unlike some states where there will be issues relating to budget size. We had gone through it together even before it was prepared, presented and signed,” the governor said.

Penpushing also reports that, the Speaker in his remarks, described the signing of the bill as unique, noting  that it was the first time in the history of Osun that the budget for the following year was completed before the beginning of that year. 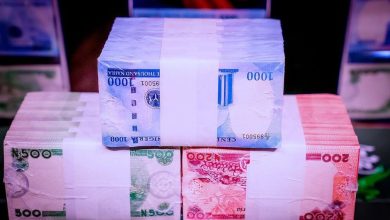 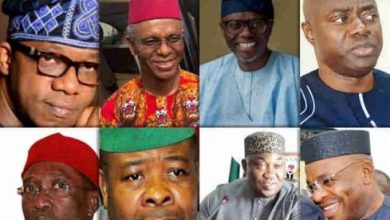 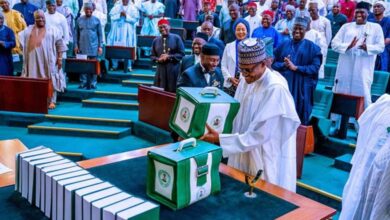 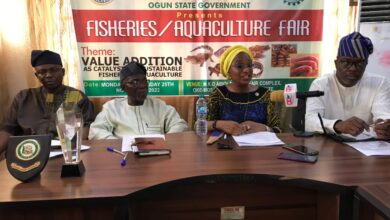