The former spokesman for Atiku Abubakar Presidential Campaign Organisation, Segun Showunmi  has declared his desire to contest for the Ogun State  Governorship seat in 2023 under the platform of Peoples Democratic Party(PDP), boasting that he is ripe for the position

Penpushing reports that, Showunmi made the declaration on Wednesday in Abeokuta, the state capital, blaming the inability of  his party, Peoples Democratic Party(PDP) to win the Governorship seat in the past elections to the infighting in the party.

The aspirant whose declaration was welcome by thousands of his supporters and has in attendance members of Inter-party Advisory Council of Nigeria, (IPAC), led by the State Chairman, Samson Ogunsanya, flanked by the National Publicity Secretary of Labour Party (LP), Abayomi Arabambi and the Chairman of Mega Party (MP), Moshood Adesina,  urged all members of the party to jettison their personal interest and work for the progress of  Peoples Democratic Party(PDP) 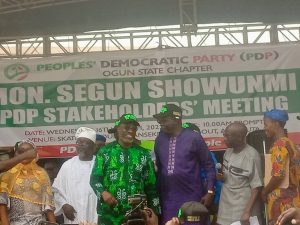 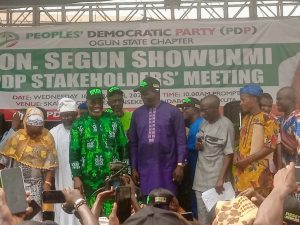 Penpushing further reports that, Showunmi responding to his endorsement by party members and other stakeholders at the rally, called on leadership of the Peoples Democratic Party (PDP) to do away with the power tussle affecting the party.

“All our (PDP) efforts has not produced any result for some time and the main reason is the unnecessary infighting. All you have said concerning Segun Sowunmi to come and run for Governor, I have heard and I heard clearly. I will definitely, most definitely and extremely definitely run for the Governorship of Ogun State in 2023’, he said.

“I have spent the last 20 years or more in this political dispensation serving them, speaking for them, improving them, running for them and I have now realised that I’m the leader I have been searching for and I tell you again with every sense of responsibility that you have never seen governance at the level I intend to do it’, Showunmi said.

“The business of governance of cutting tape because of road is not what we are talking about here. Obafemi Awolowo’s vision for Yoruba nation has now come to be, improved, rewritten and expanded.”

Penpushing also reports that, in his own remarks Chairman of  Inter-party Advisory Council(IPAC), posited that, that if the Peoples Democratic Party(PDP) must make any appreciable impact in Ogun State, Sowunmi must be adopted as the Governorship candidate of the party.

The chairman described Sowunmi , a chieftain of the Peoples Democratic Party(PDP)as a selfless politician with the capacity to deliver Ogun State from the misrule of the All Progressives Congress (APC).

‘As the umbrella body of the opposition parties in Ogun State, we are here to show our support for our brother, Segun Sowunmi. Sowunmi is a politician with an enviable track record. We believe that he has the capacity to deliver Ogun State from backwardness the ruling All Progressives Congress (APC) has put the State in. We believe that with Sowunmi in the helms of affairs, Ogun State will witness tremendous progress, therefore, we urge all of you here to support him,” Ogunsanya said.

Penpushing reports that, the National Publicity Secretary of Labour Party (LP), Abayomi Arabambi, in his own contributions advised the national leadership of Peoples Democratic Party (PDP), Oyo State Governor, Seyi Makinde and other stakeholders of the party to align with the Governorship ambition of Showunmi.

The Labour Party scribe commended Sowunmi from rescuing the Peoples Democratic Party( PDP) from those who had hijacked the party structure and stifling the growth of the party in the State.

“We the opposition political parties members want to advise His Excellency Gov Seyi Makinde who is the leader of this party in South-West and the National Chairman of PDP, Senator Iyiocha Ayu, that they must look into the direction of this young man, Segun Showunmi, who took the audacious step to rescue the party from the hands of those who had stifled its growth for too long.

“The era of recycled political racketeers, who are strictly merchants without commitment and conscience for the Governed must be collectively brought to a final stop through a positive change in the Ogun PDP.

“Segun Showunmi is set to become the vehicle to bring to an end the usual and unending politics of deceit and insincerity of the old status quo promulgated by the Iperu Political war lord and they all must now henceforth work together and defeat the fully dishonest political merchants,” Arabambi said. 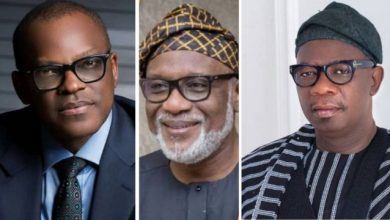 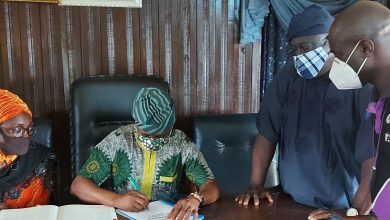