“I am sure that when you cast an eye on the moribund state of Nigeria today, you ask yourselves: “What have we done to deserve this, when we have a president- elect who can lead a government that can change things for the better? Our patience has come to an end.

“As of now, from this moment, a new Government of National Unity is in power throughout the length and breadth of the Federal Republic of Nigeria, led by me, Bashorun M.K.O. Abiola, as President and Commander-in-Chief. The National Assembly is hereby reconvened. All dismissed governors are reinstated.

“The State Assemblies are reconstituted, as are all local government councils. I urge them to adopt a bi-partisan approach to all the issues that come before them. At the national level, a bi-partisan approach will be our guiding principle. I call upon the usurper, General Sani Abacha, to announce his resignation forthwith, together with the rest of his illegal ruling council. We are prepared to enter into negotiations with them to work out the mechanics for a smooth transfer of power.

“I pledge that if they hand over quietly, they will be retired with all their entitlements, and their positions will be accorded all the respect due to them. For our objective is neither recrimination nor witch-hunting, but an enforcement of the will of the Nigerian people, as expressed in free elections conducted by the duly constituted authority of the time.

“I hereby invoke the mandate bestowed upon me by my victory in the said election, to call on all members of the Armed Forces and the Police, the Civil and Public Services throughout the Federal Republic of Nigeria, to obey only the Government of National Unity that is headed by me, your only elected President.

“My Government of National Unity is the only legitimate, constituted authority in the Federal Republic of Nigeria, as of now. People of Nigeria, these are challenging times in the history of our continent, Africa, and we in Nigeria must not allow ourselves to be left behind. Our struggle is the same as that waged by the people of South Africa, which has been successfully concluded, with the inauguration of Mr. Nelson Mandela as the first African President of that country.

“The antics of every minority that oppresses the majority are always the same. They will try to intimidate you with threats of police action. But do not let us fear arrest. In South Africa, so many people were arrested, during the campaign against the Pass Laws, for instance, that the jails could not hold all of them. Today, apartheid is gone forever.

“So, let it be with Nigeria. Let us say goodbye forever to minority rule by the military. They talk of treason. But haven’t they heard of the Rivonia treason trial in South Africa? Did those treason trials halt the march of history? People of Nigeria, our time is now. You are the repository of power in the land.

“No one can give you power. It is yours. Take it! From this day, show to the world that anyone who takes the people of Nigeria for fools is deceiving himself and will have the people to answer to. God bless you all. Long live the Federal Republic of Nigeria. Long live the Government of National Unity. 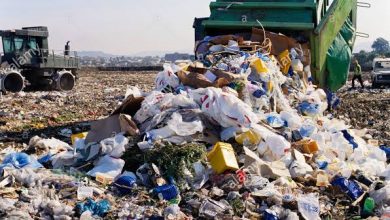 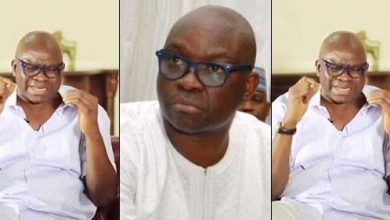