The International Press Centre, (IPC) Lagos-Nigeria, in accordance with the directive of UNESCO to hold a combined celebration of the 2020 World Press Freedom Day (May 3rd) and the 2020 International Day to End Impunity for Crimes Against Journalists, around the period of the World Human Rights Day (December 10) convened a Stakeholders’ forum on Journalists’ Safety and Press Freedom Limitations in Nigeria on Wednesday December 9, 2020 in Lagos.

The forum was also in continuation of IPC’s commitment to deepening engagement and consultations with media and relevant stakeholders on approaches for guaranteeing safety and improved welfare of Nigerian Journalists.

The forum, supported by the Open Society Foundations (OSF), was attended by journalists from the print, broadcast, online media, media professional bodies, media related groups, media professionals from the academia as well as the civil society. Present were the Nigeria Union of Journalists (NUJ) Vice President, Zone E, Mr. AlHassan Yahya, representing the President of the NUJ, Mr. Chris Isiguzo; the Social/Publicity Secretary of the Nigerian Guild of Editors, Mr. Ken Ugbechie, representing the President of the Nigerian Guild of Editors; the President of the Guild of Corporate Online Publishers (GOCOP), Mr. Dotun Oladipo; the chairman of Lagos NUJ, Mr. Leye Ajayi and the Executive Director of the Institute of Media and Society, Dr. Akin Akingbulu. 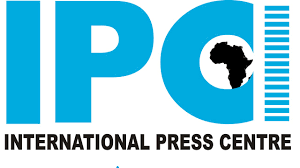 The first presentation at the forum was the findings of a Survey on Safety of Journalists and Press Freedom in Nigeria being a component of a three-year project on Safety Awareness, Impactful Reporting of Communities and Improved Institutional Capacity being implemented by International Press Centre (IPC) in partnership with OSF.

The survey examined the perception of about 300 journalists and editors from the print, broadcast, and online media: media scholars and non-governmental organisations, etc., on the challenges of safety of journalists and press freedom in Nigeria.

Presenting the report, Mr. Francis Abayomi, who also coordinated the survey said the outcome of the survey indicates that a number of safety related issues are of serious concern to journalists and other media professionals in Nigeria. “Respondents overwhelmingly affirmed that press freedom in Nigeria is encumbered by individual and collective safety challenges for journalists with negative impacts on the journalism profession. The structure of media ownership in Nigeria fuels institutional encumbrances across all categories of media organizations to the extent that commitments of media managers to safety concerns could not be guaranteed. The survey revealed that unfavorable working environments which manifest in poor remuneration, delayed/unpaid salaries as well as poor welfare packages and incentives constitute dominant concerns that aggravate insecurity in the profession of journalism”, he reported.

According to Mr. Abayomi, the key recommendations from the survey were:

*Inter-agency collaboration between media professional bodies and the academic to regularly review and update situations on journalists ‘safety and press freedom.

*Regular training and retraining of journalists on safety and press freedom related issues.

*Setting up a foundation to manage a special fund to assist victimized journalists in overcoming the trauma of victimization.

*Regular interface with government to highlight concerns about press freedom; and

* Improved synergy of activities between media NGOs and media professional groups to address concerns relating to safety of journalists. 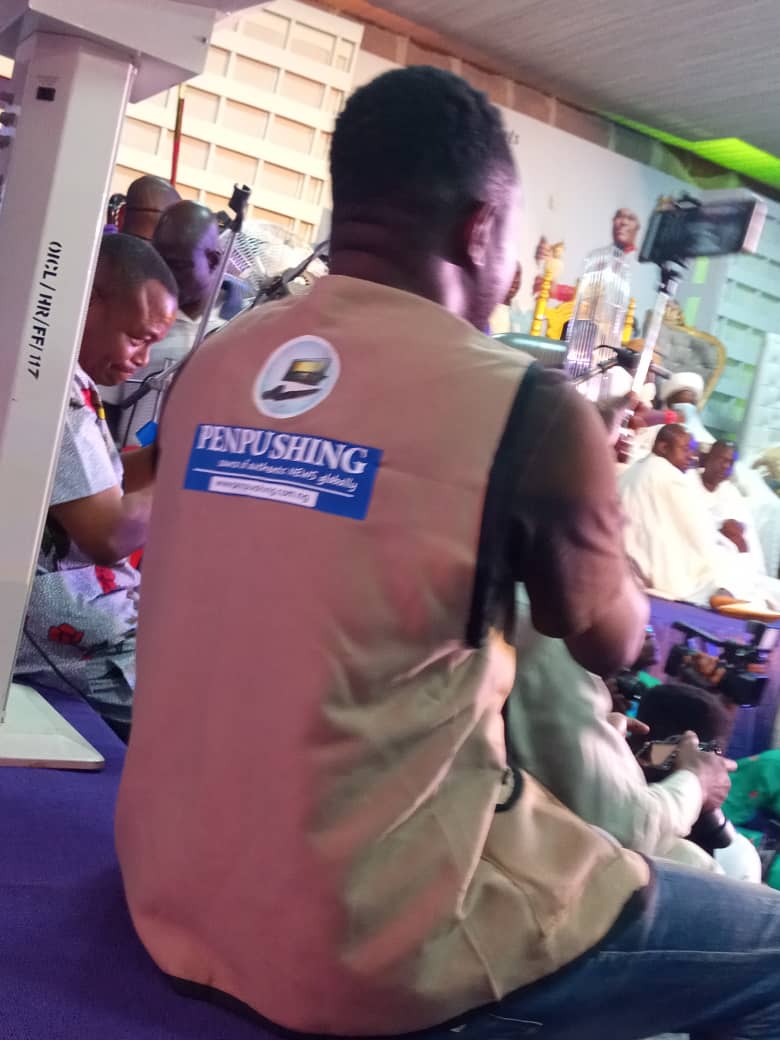 The presentation of the survey report was followed by the Special Address by Professor Ayo Olukotun of the Olabisi Onabanjo University, Ago-Iwoye, Ogun State University, Ago-Iwoye on the theme of the forum: Journalists’ Safety and Press Freedom Limitations in Nigeria, in which he emphasized the need for journalists to be active agents in the struggle for genuine democratic society while challenging media professionals and critical stakeholders to be at the forefront of the quest to restore the dignity of journalism profession.

According to Professor Olukotun, the media should facilitate advocacy for horizontal accountability amongst actors in governance to complement vertical accountability that has already acquired robust momentum from platforms of the civil society. In the bid to sustain the clamor for genuine democracy and good governance, the media must fine-tune public advocacy that connect and resonate with actors in governance as a way of rediscovering the golden era of Nigerian media which is in tandem with defending the truth, democracy, and constitutional mandate of the journalism profession, he further submitted.

Participants at the forum engaged the presentations on the outcome of a national survey on safety of journalists as well as submissions by the Keynote Speaker.

The participants observed that:

*The welfare of journalists in Nigeria has degenerated over the decades and has worsened in recent years without concrete efforts at remedying the situation.

*Journalists have not demonstrated sufficient interest in highlighting and reporting issues that directly affect their welfare and safety individually and collectively.

*Journalists do not often speak up on infractions and demand respect for their protection from media establishments.

*There are huge gaps in the provisions for and enforcement of regulations for the protection of rights of journalists and to guarantee their welfare.

*  Journalists and professional bodies have not adequately prioritized campaigns for insurance policies to guarantee welfare at the workplace.

* There is dearth of legal and medical support for journalists who are victims of abuses and brutality.

* Online journalists and journalists using the social media space are facing increasing threats from the government and security agencies in the guise of fighting fake news, hate speech and cyber terrorism.

* Journalists face a serious challenge of deploying the instruments of freedom of information (FOI) Act for investigative purposes as a result of lack of institutional support from media establishments and poor response by government institutions.

In view of the observations, the participants recommended that:

*There should be a reappraisal of the roles of media professional bodies and associations to make them more relevant to modern day realities of the journalism profession and interested in promoting a conducive environment in which journalists perform their duties.

*There should be a review of existing regulatory provisions to make commitment to welfare of journalists by employers enforceable.

*There should be improved advocacy and campaigns for the welfare and safety of journalists by stakeholders in the civil society.

*There should be special attention to and provision of protective measures for women in the journalism profession; particularly as it relates to peculiarity of assignments.

*Skill acquisition and capacity development should be prioritised by media establishments as part of the welfare package for journalists.

*There should be greater networking with media professionals in the academic, public service and at the level of governance as a way of mobilizing sustained interest in advocacies on improved welfare and safety of journalists.

*Journalists and other media professionals practicing and publishing online must openly declare commitment to the upholding of the ethical and professional standards of journalism as spelt out in codes of ethics/conduct while also taking necessary protection and safety measures.

*There should be sustained engagement with security agencies to push concerns relating to abuses against journalists to the front burner of ongoing clamor for reforms.

*There should be sustained commitment to early warning alerts and helplines on safety of journalists as being piloted by IPC in Nigeria.

*A special endowment fund to be managed by credible foundations should be established to respond to the compelling needs of journalists in jeopardy as a result of abuses, poor welfare, and neglect.

*There should be media engagement and involvement in the constitutional amendment processes to ensure that there is constitutional provision for media independence, press freedom and the welfare rights of journalists as a way of ensuring better protection for journalists and promoting their safety; and 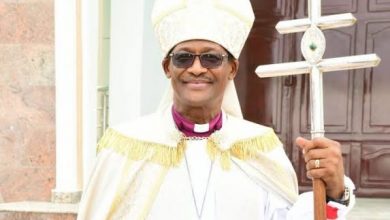 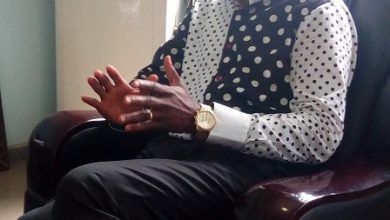 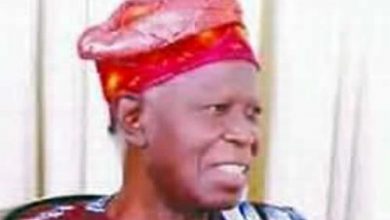 For the record: Omoboriowo vs Ajasin: