No doubt, it has been argued at several fora that the nation’s economy could only be boosted at a very fast rate through mechanised agriculture. The APC governorship candidate would not find it difficult to give the state’s economy a meteoric turnaround having implemented similar programmes that saw various youths owning farms during his first term in office. Unemployed people in the state, particularly youths would have to position themselves ahead for the programmes.

Explaining the areas of agriculture that would be focused on, Fayemi noted cash crops, especially cocoa, palm tree among others would be targeted with introduction of improved seedlings with early flowering. Fishery, cattle rearing, including traditional goats, piggery and poultry would also be encouraged among farmers.

Education and Human Capacity Building would impact on the life of the citizenry irrespective of their status. Since the APC candidate has continued to condemn payment of school fees by pupils of primary and secondary schools introduced by the Peoples Democratic Party-led government in the state, this shall be scrapped and replaced with free education for these categories of students.

Reintroduction of fees in primary and secondary schools has been described as impediment to the goal set by Fayemi to eradicate illiteracy in the state within a short time to come. Many wards of civil servants and teachers have dropped out of school due to inability to pay as they are being owed five months salaries.

Some indigent parents didn’t take their children who have reached the school age for registration due to introduction of fees by the Governor Ayodele Fayose-led administration. So, there have been drastic fall in the pupil registration in public primary schools in the state.

Restoration of incentives like payment of allowances for special subjects and teachers in far locations would improve the efficiency of teachers and invariably have positive impact in the performance of the students.

Teachers would be exposed to refreshers courses, particularly during holidays and fully sponsored by the state government with a view to shoring up the quality and standard of education in the state. Free computers were given to students in secondary schools by the Dr. Kayode Fayemi-led government during his first term in office, this he has promised to introduce again to prepare the students for ICT-driven society in order for them to compete favourably with their counterparts from other parts of the world.

Even though he doesn’t seem to consider as achievement, prompt payment of workers’ salaries, he declared his resolve to ensure improved living standard of workers in the state government’s employ.

Various workshops would be organised to train different categories of unemployed people in the state in different skills. Equipment, tools and funds needed for them to start off would be provided immediately after completion of the skill acquisition workshops.

Besides, Dr. Fayemi is reinstating some of his programmes abandoned by Fayose such as Ekiti Youth Volunteers Corps Scheme which mopped up no fewer than 10,000 youths from labour market; Ekiti Transport Management Agency (EKTMA) that absorbed 300 youths; Youths in Commercial Agriculture Development (YCAD) among others.

Considering the desire of the candidate to focus on how to get the state industrialised is a laudable one. He could be relied on to make good this promise as he was able to revamp the moribund Burn Brick industry at Ire-Ekiti during his first term in office.

But for the state to become industrialists’ delight, Dr. Fayemi said he would have to work seriously on how to ensure regular power supply in the state.

He has in his plan to engage Private investors to join hands with the state government to establish mini grid power generating stations at different locations in the state which would serve both industries and the residential areas.

According to Fayemi, provision of enabling environment is what investors need most for they want to be sure their investments won’t go down the drain. He would have to convince investors who have taken flight at the emergence of Fayose’s administration for them to return to the state.

These moves, no doubt, would create jobs and boost Mini, Medium Scale Enterprises in the state, thereby improving the per capita income of the people.

He would have to bring to bear his experience as the Minister of Mine and Steel by exploring all available mineral resources in the state for the benefit of the state and the nation at large. Though it isn’t new to him, he was the first governor in the state to look into exploration of solid minerals to boost the Internally Generated Revenue (IGR) of the state.

On Tourism, it is believed that he would thrive on this, but the current administration’s stance about this sector would definitely slow down the pace at which Fayemi would move in developing tourism in the state.

Governor Fayose had shut down the Ikogosi Tourist’s Centre which was revived by Fayemi after several years of abandonment. Since he’s aware of this decadence, he has prepared a blueprint that would rescue the sector from its present state within a short time.

There’s no doubt that Fayemi was among governors who championed gender equality crusade as he appointed more women than any of his predecessors. So, what women only need is to make themselves available to benefit from all the laudable programmes lined up by the APC standard bearer when he gets to office.

Fortunately, his wife, Erelu Bisi Fayemi was at the forefront of empowering women folks and paying fees of some students in higher institutions of learning in the state when her husband was the governor of the state.

His healthcare programmes are mind-blowing as the aged and infants would get free healthcare services, which include test and treatment.

He’s focusing on primary health centres to ensure everyone no matter their locations would have access to health facilities.

However, the people of the state would have to ruminate on these people-oriented programmes lined up by Dr. Fayemi to determine which of the columns on the ballot paper they should thumbprint on July 14, 2018 at their various polling units.

The electorate would have to bear in mind the new turn of events in the state as no fewer than two people have died within a spate of two days.

On Tuesday, June 12 around 9:15pm the news filtered to town that one Onilearo Temitope Gadafi, immediate past councillor in Aisegba Ward allegedly died in Ekiti Government House while in a meeting with Governor Fayose. His death has been described as mysterious.

The following night, at Igbehin area of Ado-Ekiti, the state capital, a member of APC, Willy Ayegoro, was shot at close range by two fleeing gunmen on a motorbike. The state teaching hospital could not save his life. As the situation is in the state, only the electorate can rescue it from the dangerous precipice of collapse it’s tilting to.

Bolu-Olu Esho is a journalist and socio-political analyst. 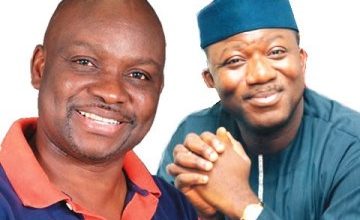 I AM NOT IN POLITICS TO AMASS WEALTH, SAYS BUHARI 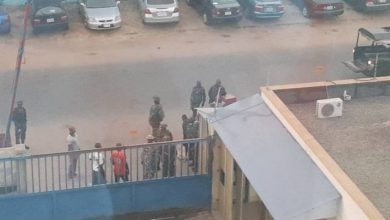 I WOULD HAVE BECOME A NUN, SAYS JOE ODUMAKIN