Being a strategic thinker and by antecedents an astute manager, pronto,  the Governor put in place a solid Transition Work Group, made up of tested professionals and resourceful personalities from varied background of business, governance, public service and the academia to come up with a solid blueprint that would form his trajectory of governance. On receiving the Group’s report, the Governor said it gave him deeper appreciation of what “our challenges are as a State: What my administration should look forward to and how best we can deliver democratic dividend maximally, thereby raising the current performance standard in order to meet the rising expectations of all citizen and residents of our great State”.

With his background as a seasoned entrepreneur and business administrator,  the mantra of his government christened ‘Building our Future Together’, indeed testified to  his selfless approach to governance.  It has become obvious that some of the focal areas of his government include; building infrastructure, security, education, agriculture, employment generation, agriculture, ICT and power generation, among others.

But while the divine arrangement surrounding Prince Abiodun’s emergence as the number one citizen of the State remains a general knowledge, the booby traps confronting the new government became more glaring day-by-day. For great leaders, ‘’circumspect’’, is the word for the regime, more so  in the face of apparent ‘’landmines’’ ,which must be taken into cognizance so as not to take any  decision in a hurry ‘’that could set the State on the precipice.

In the face of the teething challenges being faced by the administration, it is obvious that this its first One hundred days in office has witnessed a rather  cautious, but steady and systematic approach to tackling the various challenges . For those who could see through the veil, it is obvious that the government has devoted the few days in office embarking on silent “re-engineering process” which includes wide consultations that had and would soon start yielding positive results and gradually stabilizing the polity to pave way for enduring socio economic development. This style has indeed given credence to the wise saying that nobility is the hallmark of Princeship and a strong sense of character and patience are great assets.

Specifically, for Governor Abiodun, the approach to tackling the security challenges are three pronged; protection of lives and property through the strengthening of the internal security system, protection of the porous border regions across the country and provision of job opportunities for the teeming youths for economic empowerment and crime prevention. Said the Governor: “ These are the issues we have, we have the influx of illegal aliens coming through our borders, because our borders are very porous, perhaps, we need to begin to consider some form of identifying these people when they cross our borders’’.

For instance, the clarion call by Governor Dapo Abiodun and his contemporaries in the South West, has started yielding positive results with the recent awareness programme held by the Ogun State Command of the Nigeria Immigration Service on e-Migrant registration. Being coterminous to some neighbouring countries has made this campaign a grave necessity in controlling illegal movements by foreigners into the country with the consequential negative effects on security.

Furthermore, apart from inaugurating a committee to oversee the amended State Security Trust Fund, which seeks to activate a private sector driven program that would assist the government in addressing various security challenges, a strong signal had also been sent to kidnappers and those harboring criminals to stay clear of the State. The government has made strong statements on the fate that would befall those who indulge in such heinous crimes and their collaborators.  The signing into law, by the Governor of the Security Trust Fund (Amendment) bill would help strenghten security operations by boosting existing Security Trust Fund to promote efficiency in security management.

This aside, the successful launch of the jobs portal with over 30,000 registration by applicants, so far, has indicated the seriousness attached to the economic empowerment of the people as a means of further tackling insecurity. The novel portal approach has been widely acknowledged as capable of removing   ‘’favoritism ‘’ in the selection process as the on-line method  would place applicants in appropriate sectors where they would be more productive. The inauguration of the jobs portal also witnessed instant automatic employment for 20 young Nigerians who emerged winners at the ‘’ on-line objective questions’’ thrown open to thousands of applicants, at the venue. Already, the State Government had commenced the sorting of profiles of applicants and will soon start matching those on the database and link them with prospective employers. Also, a purposeful ICT hub which promised to drive the Governor’ s vision on Information and Communication Technology will soon take off in kobape road, Abeokuta as one of the abandoned model school structures constructed by the immediate past government  is currently undergoing a major facelift to accomodate the ICT center.

It is heartwarming that agricultural development is featuring prominently in the Scheme of things of the present administration in the state. The government has indeed demonstrated in words and deeds that any serious leader must be guided by ideas and over-arching principles , especially bearing in mind the immense potentials of the sector. According to the Governor “The target of our administration is to produce enough food to attain self-sufficiency in food security as providence had blessed the State with favourable climate, fertile soil that sits on over 16,000 square meters, of which 18% is arable.’’

To demonstrate his resolve in this direction, about 40,000 farmers in the State are to get single digit loan under the “ Anchors borrowers scheme’’, in addition to service support and training required of which 10,000 would be attended to in the first instance. ‘’While we have seen the success of the anchor borrowers scheme in other States, it is disheartening that Ogun State has never accessed the CBN anchor borrowers program through the public window,’’ the Governor noted. A  highly elated Chairman of All Farmers Association of Nigeria(AFAN) Ogun State Chapter, Mr Segun Dasaolu described the gesture as ‘’the beginning of a revolution in the agricultural sector’’.

In the area of infrastructural development, the present administration has adopted a dynamic, progressive and cost effective strategy of rehabilitating existing roads. The palliatives became necessary due to the terrible state of many township roads in the three Senatorial Districts of the State including those designated as Federal roads  , many of  which had  made life unbearable for commuters in the past. Already the various gangs of Public Works Department (PWD) team are in different parts of the State working round the clock. Notably, roads already being touched include ; Itokin-Ibefun-Ijebu Ode road, Iperu-Ilisan road , Sango-Ojodu Abiodun road,Ilaro-Owode road, Abeokuta-Sango-Ota-Lagos road, Osi-Ota-Awolowo-Navy-Kola road, Balogun Kuku road, Ijebu Ode and the reconstruction of Opako bridge in Adigbe, Abeokuta and many other township roads. ‘’ We have suffered too much on this Abeokuta-Sango-Ota-Lagos  road and the cost of maintaining our vehicles and number of hours being spent on these  bad portions are our major headache, we appreciate the intervention of the State government and thank Governor Dapo Abiodun for this gesture’’, was literally the song of Rashidi  Alamu, a Road Transport Union worker in Ifo local Government on the state of Sango Ota- Abeokuta Road.

‘’The township and other arterial roads are in a terrible mess, imagine this very gully like porthole on the road linking OPIC with  Iwe Irohin house here in Abeokuta. This is a deathtrap for motorists and we thank Governor Abiodun for sending the PWD team here’’, was also the testament of Femi Jaji, a freelance journalist in the State about efforts of the State Government in fixing roads.

The signing into law of the Road Management Agency (Amendment) law, 2019 would widen the scope of operations of the agency leading to the creation of Public Works Agency for the indigenisation of professionalism in the maintenance of public infrastructure. Prince Abiodun believed that PWD would not only accelerate massive road rehabilitation across the length and breadth of the State but would also ’’stimulate the economy, stave off unemployment, reduce suffering of commuters and open up the locked areas’’. The victims of the various flood disasters in some parts of the State are also heaving a sigh of relief as the State Emergency Management Agency ,SEMA , moved in swiftly, as directed  and empowered   by the State Government to provide relief materials without waiting for the parent body, FERMA.

Without any doubt, any responsible government should not only listen to the voice of the people, but must enhance participation in decision making process.

This perhaps, explains the fact-finding approach of Prince Dapo Abiodun to burning issues while search lights are continuously beamed on many grey areas through the setting up of various review committees to bring sanity to the society and governance. For instance, the identity crisis and the resultant tension generated by the MAPOLY/ MAUSTECH merger had been put under control with normalcy restored to the Institution while the Panel on Tai Solarin College of Education (TASCE) had submitted a report which will eventually salvage the Institution from losing its license and accreditation. Similar Panel was also set up on the repositioning of Olabisi Onabanjo University Teaching Hospital, OOUTH, Sagamu, while a Chieftaincy review Committee was also inaugurated to salvage the traditional Institutions from derailing from what many have perceived as the desecration of the traditional norms and ethics in promotion and appointment of traditional rulers in the state. A robust approach to revamp the Education sector had also commenced with a proposed Education Summit which would bring together major Stakeholders in the sector, while due attention was also given to  renovations of  dilapidated classroom buildings in public schools across the State  to give filip to conducive teaching and learning.

‘’ It is unwise to do away with wise counsel and wisdom of elders. We will tap from our highly revered elders to reposition our economy, education and other sectors to the benefit of our people’’, said the Governor while receiving the members of the Ogun State Elders Consultative Forum in his office recently.

The Public Private Partnership (PPP) approach to governance was also put in the front burner within the hundred days of the present regime with a number of strategic meetings held with investors/Business executives, Captain of industries and corporate entities that are willing to explore the numerous potentials in the State for the benefit of the people. According to Governor Abiodun, “ Ogun Invest Bill would soon be passed into law by the State House of Assembly to fast-track our PPP initiative’’.

In all modesty, the quality and pedigree of investors besieging the State since inauguration of the present administration in the State is consequential and are premised on the obvious “silent economic revolution”, which would gradually give birth to projects that will put the State on its full throttle of irreversibility and transformational development.

If governance is indeed about service to people, the first 100 days in office of Governor Abiodun could be described as a period of solid foundation laying to engender meaningful development which is in tandem with his avowed resolve to serve diligently, with strong sense of character that would make the interest of the people the core of governance. Without a doubt, the 100 days has been a narrative of focused and steady progress in Ogun State under the leadership of this noble Prince from Remo Kingdom.

Onasanya is a Director of Information in Ogun State 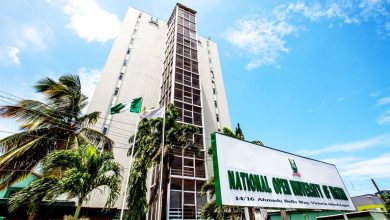 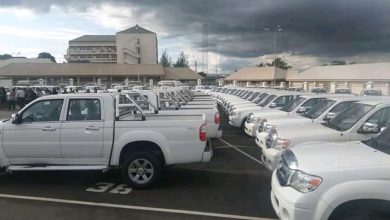